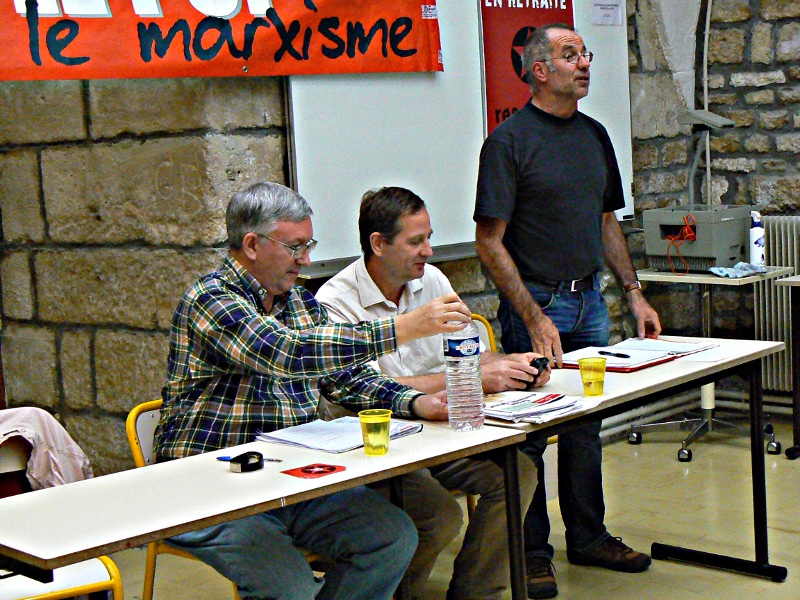 The Marxist paper La Riposte and the internal network of the PCF, Renforcer le PCF, renouer avec le marxisme, organised a speaking tour by Alan Woods in six public meetings, from the 11th to the 16th of October, in different parts of France. The meetings were held in Rouen, in Niort, in Toulouse, in Alès, in Lyon, and finally in Paris. The tour was a great success, and took place against the background of a rising tide of strikes and demonstrations throughout the country.

At the beginning of the week, eight out of twelve oil refineries were closed and picketed by the workers, the oil terminals at Fos and Lavera were closed down, leaving more than 60 oil tankers out at sea. By the end of the week, all twelve refineries were out of action. Several major strikes were going on – and still are – in Marseille. On the 12th and again on the 16th, something like 3,500,000 workers demonstrated all over the country. A further demonstration, two days after the end of the tour, was of similar proportions, with the movement spreading to schools and universities. The Sarkozy government, discredited by corruption scandals and by the accumulation of unpopular counter-reforms, is clearly in deep trouble.

The theme of all of the meetings was “The crisis of capitalism and the relevance of Marxism”. There were obviously variations in the way Alan dealt with the subject at the different venues, but, generally, in his opening remarks, he emphasised the fact that the movement of the French workers would serve as a great inspiration and an encouragement to workers faced with similar attacks all over Europe. He explained the colossal power which lay in the hands of the workers, but said that the problem was that they were not sufficiently conscious of this power, and that the people who were supposed to be leading the labour movement did nothing to explain it to them. He then went on to deal with the fundamental causes of the capitalist crisis, relating overproduction and the role the banks and the credit system to the writings of Marx. To conclude his speeches, he put forward a program of nationalisation under workers’ control of big industry, of the banks, and the means of distribution and exchange, explaining the difference between the kind of society we are struggling for and that which existed in Stalinist Russia. Nationalisation in a genuinely socialist manner means that the workers must have effective democratic control of the State and of the economy at all levels.

In Rouen, which is a new area of work for La Riposte, about 15 young people attended the meeting, which was chaired by Eric Jouen (PCF-CGT). Most of them were members of the Union of Communist Students (UEC) and of the PCF. In Niort, in spite of the mass demonstration during the day, something like 40 people attended, including prominent members of the PCF and the CGT. The PCF Federation had booked the meeting room for us. The meeting was chaired by Joseph Coutant, a long-standing member of the party and of the CGT in that area.

We then moved on to Toulouse, where the most successful of all the meetings was held. There, the local Communist Party leadership had refused to allow us to use the party meeting rooms. However, this made no difference to the success of the event. We booked a room in the Mirail University, and no less than 80 people turned up to hear Alan speak. Our ideas got a very enthusiastic reception, as they did in all the meetings throughout the week. The meeting was chaired by PCF member Hubert Prévaud.

In Alès – a former mining area with a longstanding tradition of militancy, and where there is a high level of support for the Marxist ideas of La Riposte – 40 people attended, with many more sympathisers being unable to attend because of the ongoing strikes, demonstrations and pickets. In the course of the discussion, Julie, a young mother and member of the MJC (communist youth), made a passionate defence of Marxist ideas, and appealed to those comrades who had left the party because of the reformist policies of the leadership to rejoin it and help us to steer it back towards the program and the ideas of Marxism. “La Riposte is the voice of he Marxist rank-and-file of the party”, she said. 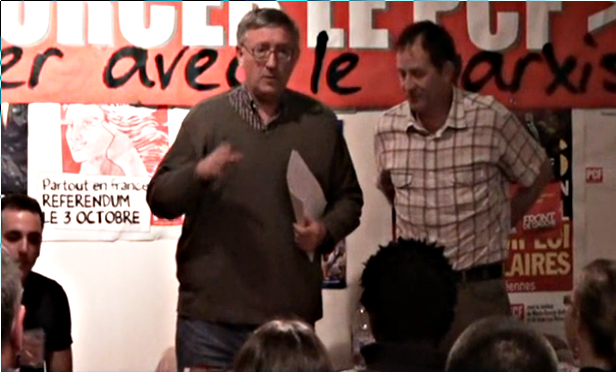 In Paris In Lyon, a very lively meeting was held. Some comrades came from as far away as Grenoble. After the meeting, they told us of an incident which really shows the developing mood in the country. A protest had been planned in front of the MEDEF headquarters in Grenoble. MEDEF is the national employers’ confederation. So the workers, feeling the need for something to throw at the windows of this honourable institution, called by at a nearby grocery store and bought all of his eggs. When the bemused grocer saw how his eggs were being used, he rushed outside of his store which a crate of tomatoes which he gave to the demonstrators!

The last stage of the tour was the meeting in Paris. We had planned to hold it in the afternoon, but the calling of the demonstration forced us to hold it in the evening. The meeting was held on the premises of the PCF of the 18th arrondissement, in the north of the city. Alan spoke to a packed room, and faced the usual flurry of comments and questions before summing up. [see video]

There is a growing interest in the ideas of Marxism in France. In the PCF and the CGT, in particular, there is an eagerness to learn more about Marxist theory and to discuss the fundamental ideas upon which the communist movement was founded. Given the impact of the tour, we hope to be able to repeat the experience at least once a year. Many thanks to all those comrades in the Communist Party and in the communist youth organisations who helped to make the tour such a resounding success. 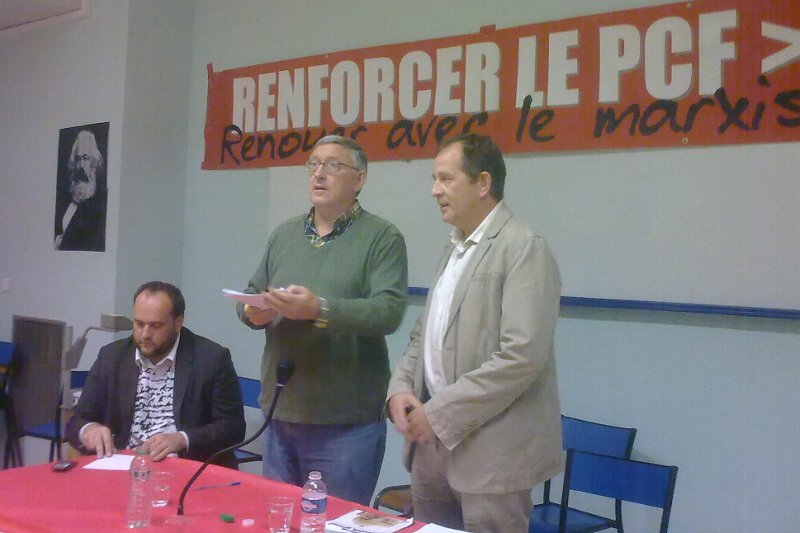 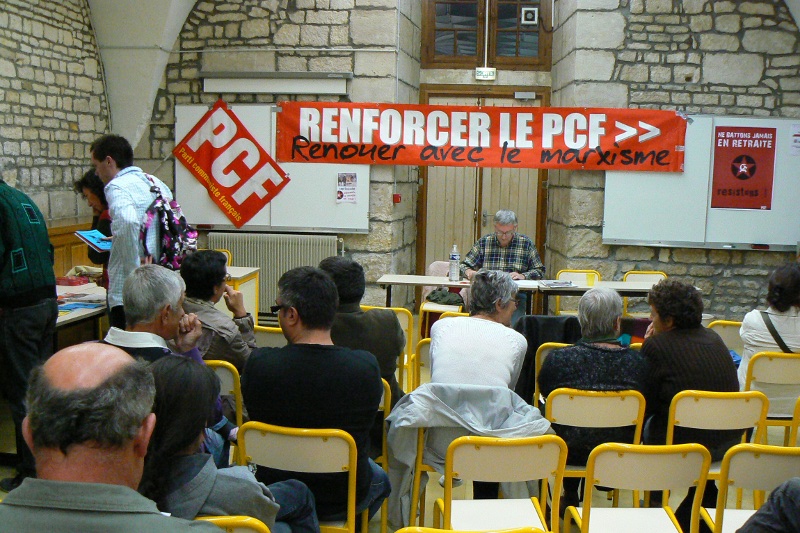