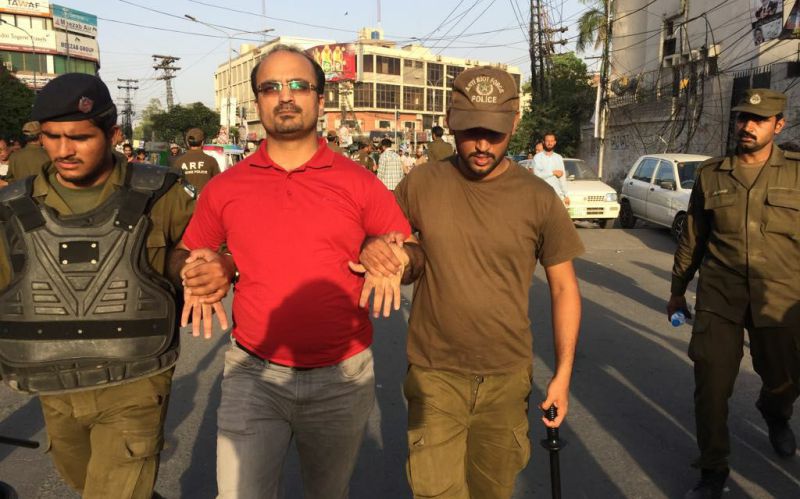 Today, as has already been announced, three more comrades were released from the Rangers’ headquarters Karachi, while others were released yesterday. Now three comrades, Bilawal Baloch, Mohammed Gulbaz and Umar Riaz, remain in custody and the Rangers have said they will be released tomorrow, 27 April.

Click here for the latest information on the abductions, a letter to send to your local Pakistani embassy and a model motion for trade union branches and student groups.

Comrades who have been released so far are travelling to their homes and will report when they arrive safely. They will also send detailed accounts of the ordeal they had to face in these past days and nights.

The releases so far are a victory for working-class solidarity across the world, and a vindication of the protests that have been held inside Pakistan and in many other countries. Many left-wing organizations in Pakistan supported the comrades of the IMT in this ordeal, which required a lot of courage and political understanding on their part.

The leadership of the PTM also issued a solidarity appeal last night on social media and asked for protests across the country for the nine comrades arrested by the Rangers. In one protest in Lahore today, however, there was a crackdown, and many left-wing activists, over 35 in total from different organisations, were arrested by the police. These also include comrades of the Progressive Youth Alliance in Lahore.

According to latest information 10 comrades of PYA and RWF have been arrested and are being kept in separate police stations in Lahore.

Our comrades are not being allowed any kind of assistance and all efforts to assist them are being blocked rigorously. We continue our struggle for the release of our three previously abducted and now these arrested comrades.

We will provide a detailed report soon and will inform all our comrades and sympathizers around the world of the situation here on the ground. Until then, we appeal to comrades to remain active and carry forward the campaign to highlight the atrocities of the Pakistani state against socialists across Pakistan.