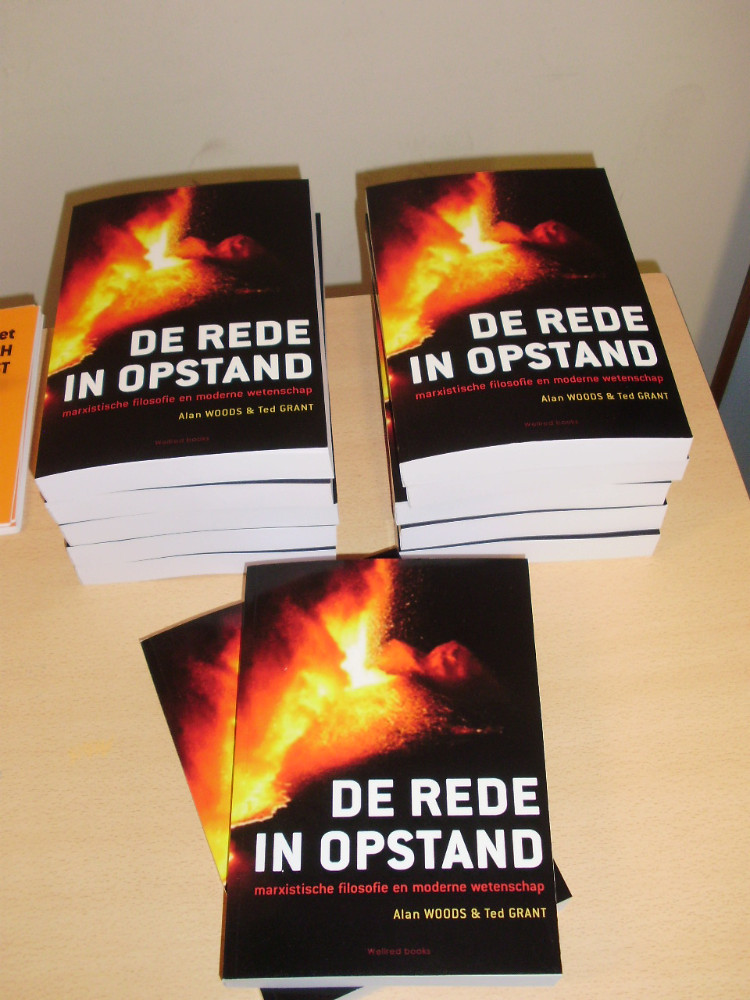 Alan Woods, last week, officially launched the Dutch edition of Reason in Revolt in Belgium (Brussels and Antwerp) and in the Netherlands (Amsterdam). Those who participated in the meetings were unanimous in agreeing that the discussion on the book widened the horizons of their thinking.

Publishing a book on Marxist philosophy in the middle of the greatest crisis of capitalism is probably the most opportune moment. The bourgeois everywhere are begrudgingly hailing Marx’s contribution to our understanding of the capitalist economy and its crisis. However, they conveniently forget to mention the method, the philosophy which made possible this most penetrating analysis of the dynamics of capitalism. Without a profound understanding of dialectical materialism such an understanding would never have been possible.

The meetings not only attracted students but also long standing worker activists. A shop steward from one of the handling companies at Brussels airport commented: “This is fascinating. I could listen to Alan for hours, but unfortunately I have to get up at 4am tomorrow.” An unemployed worker from the Philips factory posted the following comment on Facebook the following day: “I participated yesterday in the presentation of Reason of Revolt and I’m still impressed; very interesting subject and brilliant presentation by Alan.” The students who listened to Alan at Brussels University insisted that they needed more regular political training like this. At this university the activity was jointly organised by Vonk with the local Young Socialist branch. In Antwerp the activity was co-organised with the Masereelfonds, a left wing cultural organisation. 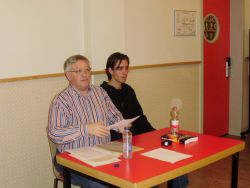 Alan Woods speaking in AmsterdamThe real challenge in organising the book launch was in Amsterdam. And it succeeded above our expectations. A wide range of activists gathered in a room in the “Indonesian quarter” (de Indisch wijk) of Amsterdam, including students from the universities of The Hague, Amsterdam and Maastricht, Indonesian and Moroccan 20F activists, Pakistani socialists, veterans of the communist movement, Socialist Party and Groenlinks activists from the northern Netherlands – a good start for our young Vonk group (www.vonknl.org) in this country!

Already enough books have been sold – together with the presales and donations – to cover the printing costs of the Dutch edition of Reason in Revolt. This is just the beginning of the book campaign. In the next few weeks the book will be on sale at major activities of the labour movement. More info on the book and how to order it on vonk.org.