The book launch of “Pakistan’s Other Story - The 1968-69 revolution” was organized by the Jammu Kashmir National Students Federation (JKNSF), and was held in the Hill Top Hotel in Rawalakot on 5th October 2009. 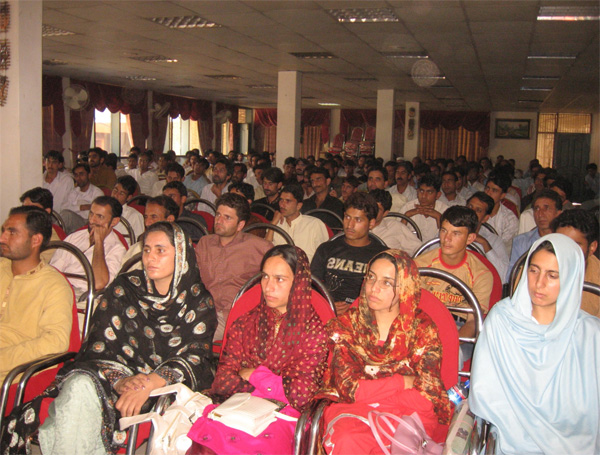 The main invited speaker was the author of the book, Dr. Lal Khan. Hundreds of enthusiastic revolutionary youth of the JKNSF also participated in the ceremony along with intellectuals, social activists, women, and people from all walks of life.

The different speakers explained how the ruling class has compiled a history full of prejudices against the working class; this history has been intent on dividing the working class. In this regard, the book is an ideological document for revolutionary forces. The book not only discusses the current crisis in Pakistan, but also discusses but the solution to all crises. The book explains how socialism is the only way out of the miseries for the entire world.

In his speech, Lal Khan explained the role of the youth and the students in the revolutionary movement of 1968-69 and their importance to Pakistan and the whole world. Lal Khan stated that the way to resolve the crisis in Kashmir, and the miseries of the people of Pakistan and India as a whole, is only through socialist revolution, for which the JKNSF is fighting for tenaciously.