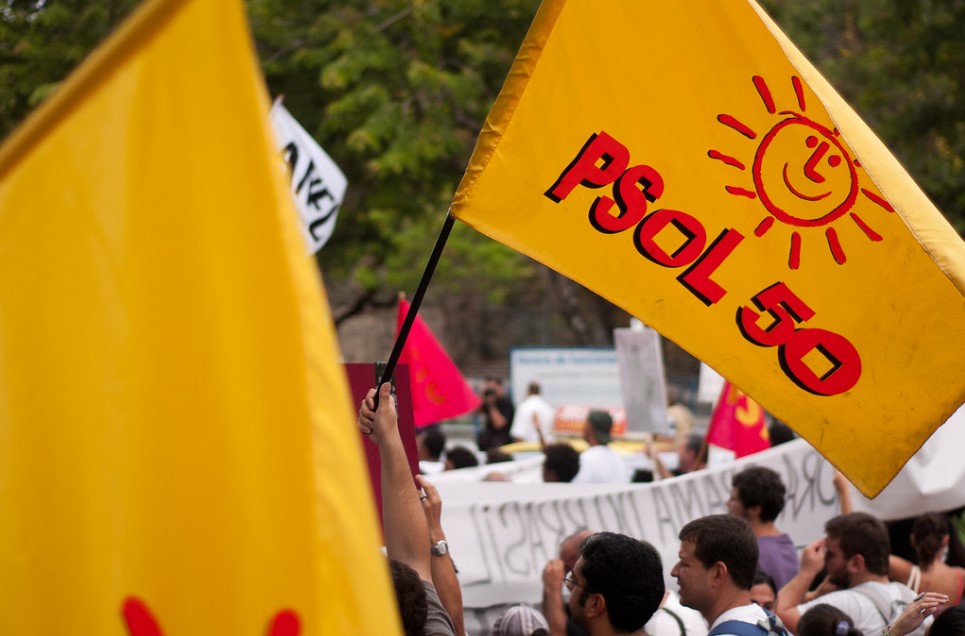 A debate has opened up within the Socialism and Liberty Party (PSOL) about the question of whether it should enter the Lula-Alckmin government. The following open letter was drafted by our Brazilian comrades of Esquerda Marxista (Marxist Left), calling on the National Leadership of the PSOL to reject the decision of its National Executive to enter the Lula-Alckmin transition team, a first step towards entering a government that has committed to carrying out attacks on the working class in the name of ‘fiscal responsibility’.

While it was correct to call for a vote for Lula to defeat Bolsonaro, in order to be a point of attraction for the left, the PSOL must maintain its political independence from such a government.

We fought shoulder to shoulder with the working class and youth for the electoral defeat of Bolsonaro through the election of Lula. But we are very clear that, between voting to defeat Bolsonaro and the participation of PSOL in the imminent Lula-Alckmin government, lies an abyss. Falling in could be fatal for our party.

The PSOL was created precisely to be an instrument of left-wing opposition to a Lula-led Workers’ Party (PT) government in 2004. Now, the Lula-Alckmin government promises to be much worse than previous PT administrations. Why then should PSOL participate in such a government?

Lula has already stated that his running mate Geraldo Alckmin (a bourgeois politician) will be treated as the president of the republic, and it is Alckmin who heads the transitional government, agreeing to continue Bolsonaro’s economic policy. It is enough to look at the composition of the transitional government to see that it will not be guided by the interests of the working class. The Lula-Alckmin government will be one of national unity, at the service of the bourgeoisie and imperialism.

Regardless of grumbling within the markets at the approval of the so-called “Transition PEC”, which allows spending above the fiscal ceiling, the future government has already reaffirmed at different times its commitment to fiscal responsibility. That is, to guaranteeing and prioritising the payment of the fraudulent public debt, transferring even more of the amount of surplus value produced by the Brazilian working class to the owners of international financial capital. What could be PSOL's place in this government?

We must learn from the lessons of history. In Italy, after the old Communist Party, the mass party of the Italian working class, was turned into the Democratic Party, those who resisted this capitulation launched the Communist Refoundation Party (PRC) which, compared to the size of the population, was larger than the PSOL today. But the PRC leadership made the mistake of participating in a government headed by the Democratic Party, in coalition with the bourgeoisie. The result was the total demoralisation of this party, which today is not even capable of getting a single deputy elected.

What is being prepared in Brazil is an intensification of the class struggle, with brutal shocks that will result in unforeseen and unprecedented developments. The Lula-Alckmin government will govern for capitalism, accelerate the withdrawal of rights, and intensify repression. The Bolsonarist far-right opposition will seek to build itself up by criticising and attacking the government for its attacks on the masses. When the working class, who will inevitably resist these attacks, look for something on the left, what use will the PSOL be if it is participating in the government?

PSOL's responsibility is to maintain its independence and organise a pole of resistance to the attacks of the Lula-Alckmin government, to fight for the demands of the working class and youth. It must be a left-wing opposition that fights for the repeal of the counter-reforms applied in recent years, against privatisation, for non-payment of the debt and for more funds for health, education, housing, etc. This is necessary to prevent the extreme right from monopolising all opposition to the government, becoming the only channel for dissent to express itself. In the case of attacks by the Bolsonarist right against the Lula government, the PSOL will be able to act as a united front in the government's defence, but just as we did in the fight against PT President Dilma Rouseff’s impeachment in 2016, with class independence, without mixing our banners, and without failing to raise our own criticisms.

If the National Leadership decides that PSOL should participate in the Lula-Alckmin government, it will be condemning a party, founded to fight for socialism and freedom, to submit to the interests of the big bourgeoisie and imperialism.

Comrades of the National Directory, prevent this tragedy! Undo the mistake that the National Executive made by deciding on a vote of 9 to 10 to enter the transitional government. This will put PSOL on the path to a place in history reserved for parties worthy of calling themselves socialist!