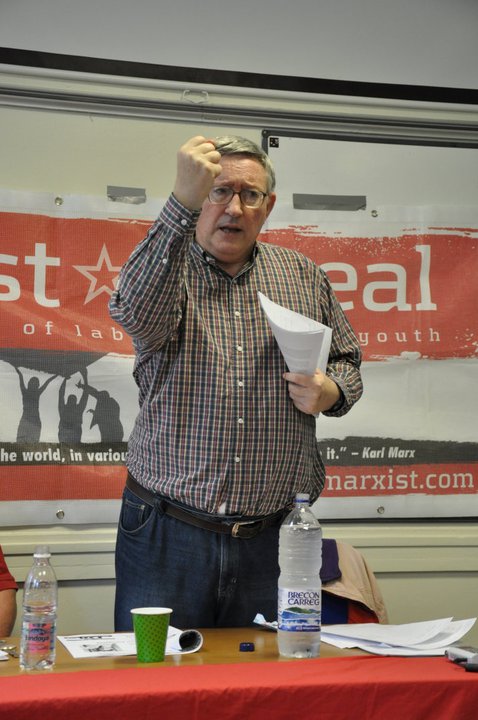 This year’s national sellers conference of ‘Socialist Appeal’ was held in London on the weekend of April 16th and 17th. Supporters from all over Britain, from Aberdeen to Torbay, came together against the backdrop of a year of class struggle and revolution in Britain and internationally. Without doubt, the conference marked a new period in the development of the Marxist voice.

What distinguished this year’s conference was the qualitative break with the past. From the series of revolutions that have shaken the Arab world to the escalation of the class struggle in the USA, France and throughout Europe, we can see that class struggle is back on the agenda. Far from being an outdated idea as we have been told for the past 20 years, it is more relevant than ever.

At the present time, capitalism is staggering from one crisis to another, as the bankers’ debts crisis is turning into a crisis of state finances. We need look no further than Greece and Ireland for evidence of this. Now Portugal is looking to the European Union and IMF to come to it's aid, but the whole deal threatens to unravel, placing a question mark over the euro and even the existence of the European Union.

From all this it is clear that capitalism has failed, which has even been acknowledged by The Economist, and reflects the deep despondency of the capitalists: "Rising debt and lost output are the common measures of the cost of the financial crisis. But a new global opinion poll shows another, perhaps more serious form of damage: falling public support for capitalism. This is most marked in the country that used to epitomise free enterprise. In 2002, 80% of Americans agreed that the world’s best bet was the free-market system. By 2010 that support had fallen to 59%, only a little above the 54% average for the 25 countries polled... Capitalism’s waning fortunes are starkly visible among Americans earning below $20,000. Their support for the free market has dropped from 76% to 44% in just one year." (The Economist, April 7th 2011).

At the same time, there has been over the past year a qualitative change in Britain. The capitalist crisis has deeply affected Britain, and the movement of the youth at the end of 2010 marked the beginning of a higher stage in the class struggle in Britain. This movement has resulted in the growth of the Marxist tendency and an influx of youth into our ranks.

This growth in our support was reflected in the conference itself, with some excellent contributions from many young comrades on the question of the youth movement, the university occupations, the campaign for Student Union President waged by the comrades at Cambridge University and the significant development of school student organisations throughout the country. This latter development culminated on April 15th with the first national meeting of NSSU, which Socialist Appeal and Militant Student helped organise. 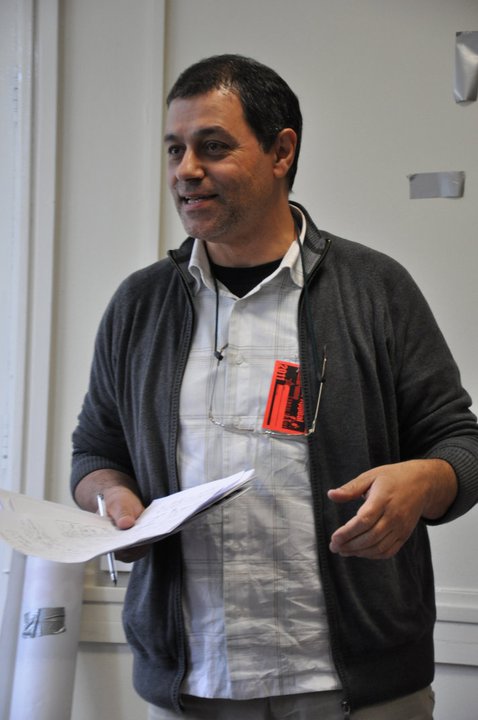 Fred Weston, reporting on developments in the IMT. The discussions over the weekend were on the World Crisis of Capitalism with Alan Woods from the International Marxist Tendency speaking; Perspectives for the class struggle in Britain introduced by Rob Sewell, political editor of Socialist Appeal; a discussion on the work and plans to develop the ideas of Marxism in Britain, led off by Ben Peck of the Militant Student editorial board; and finally a very inspiring report by Fred Weston, editor of the In Defence of Marxism website, on the work of the International Marxist Tendency.

The discussion on Britain was the culmination of a pre-conference period that began in January in which ‘Socialist Appeal’ supporters held discussions on a draft British Perspectives document produced by the editorial board. After the discussion and the amendments approved by the National Conference, it was agreed that the document will be updated and published after the May elections.

The discussion on Britain involved questions on the significance of the March 26th TUC demo and its repercussions, the current stage of the youth movement and perspectives for the NUS, the struggle of blacklisted workers, British involvement in Libya, the impact of the cuts on the political situation, the London Mayoral election, as well as perspectives for the Labour Party and trade unions.

The atmosphere over the weekend was excellent with more than 90 comrades attending the conference during the weekend. This included international visitors from Ireland, Greece and also the Worker-Communist Party of Iraqi. 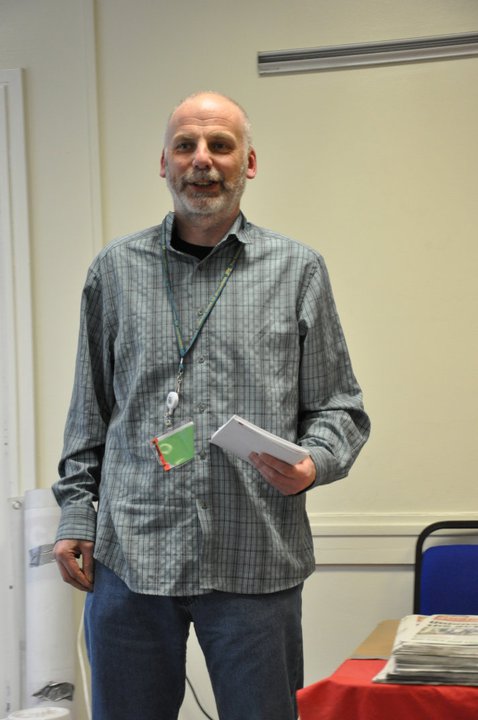 Steve Jones leading the collection A splendid collection for the Socialist Appeal fighting Fund was held which raised over £4,000 after a special appeal was made by Steve Jones from the SA editorial board. At the end he remarked that any seller or reader who missed taking part in the collection should not hesitate to add their own donation, which you can do online by clicking here .

Alan Woods summed-up the conference by explaining that events were transforming the situation in Britain and internationally. Marxism was becoming increasing relevant to wider layers of workers and youth. The key task facing us was the building of the forces of Marxism. “If we work properly, we will succeed.”

Comrades ended an excellent conference with a resounding rendition of the Internationale. Everyone left lifted by the discussion over the weekend, which had clarified the fundamental tasks and perspectives for the Marxists in the coming period. Now we are faced with the vital work of building and preparing ourselves for the tumultuous events that are about to unfold in Britain and internationally.