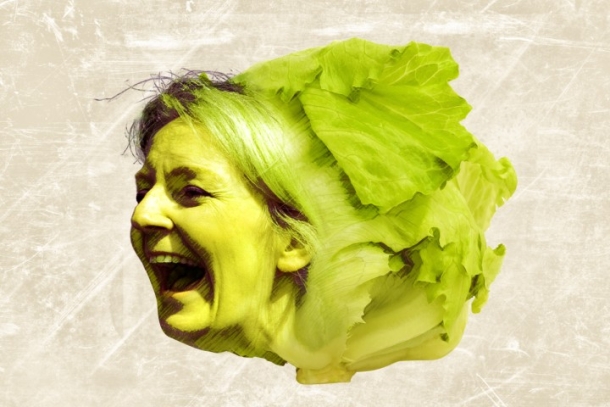 With both the UK economy and Conservative Party in meltdown, Liz Truss has been ousted from office – part of an establishment coup to regain control of the Tories. But further explosions lie ahead, as the crisis of British capitalism deepens.

Liz Truss, who models herself on Margaret Thatcher, has been forced to resign amid a growing political crisis.

Only yesterday, pundits thought she might last days. Simon Clarke, the minister for levelling up, was saying that, despite the turmoil, Truss was “astonishingly resilient”, and was determined to push ahead.

In the end, she managed to cling on for just a matter of hours. With chaos descending on Westminster, and the Tory Party imploding, her political authority completely drained away.

She lasted a mere 45 days in office, making her the shortest-serving prime minister in British history.

Truss will leave Number 10 within a week, following the contest to pick her replacement.

The election of a new Tory leader and PM poses a problem. Given the reactionary, deranged nature of the Conservative membership, the establishment will move heaven and earth to exclude them from choosing the next leader.

But the ruling class may not be able to stitch-up the process. The party’s 1922 Committee is meeting tonight to decide the rules. They could end up offering Tory members a say through an online ballot.

Britain, the once mighty workshop of the world, today has all the features of a third-world country. Formerly the most stable country in Europe, the UK has become the most unstable. 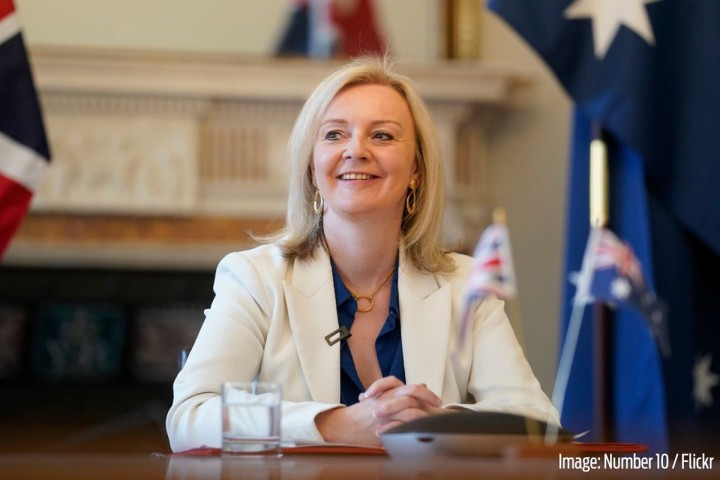 Truss, selected by the frothing Tory rank and file, was the most inept and stupid leader to ever reside on Downing Street / Image: Number 10, Flickr

The election of Liz Truss as Tory leader, just weeks ago, was heralded by the Brexit gang as the cherry on the cake. Now, at last, Britain would be transformed into a deregulated, low-waged Singapore-on-Thames, with the new prime minister promising an economy “that would take advantage of the freedoms of Brexit.”

Even the ruling class were alarmed at what this might mean, in practice. The capitalists want ‘stability’; peace and quiet to get on with their money-making. The calamity of a hard Brexit was enough for them. But instead they had a PM offering to scorch the earth and pick fights with everyone, all for the sake of a reckless and utopian economic agenda.

Truss, selected by the frothing Tory rank and file, was the most inept and stupid leader to ever reside on Downing Street – a reflection of the degeneration of the Conservative Party and its representatives.

“These people are mad, bad and dangerous,” stated Martin Wolf in the Financial Times, speaking on behalf of the bourgeois establishment. “They have to go.”

The attempt to push through a package of unfunded tax cuts for the rich in last month’s mini-Budget led to a market crash. Everything then started to rapidly unravel, with the Bank of England forced to intervene as the pound plummeted and borrowing costs soared.

Forced by the markets to undertake a series of dramatic U-turns, Truss was pressured into sacking her chancellor, Kwasi Kwarteng. This was soon followed by a retreat on her entire economic programme.

She then lost her home secretary yesterday. Suella Braverman held the position for the shortest period since the Duke of Wellington in 1834.

In a sign of her weakness, Truss’ political opponents inside the Tory Party, Jeremy Hunt and Grant Shapps, were foisted upon her, filling the chancellor and home secretary positions, respectively.

All the while, Tory MPs were openly rebelling in Parliament. There was tumult in the Commons, including shouting and jostling, and threats of losing the whip. Truss’ government was clearly crumbling.

Truss’ standing in the opinion polls crashed. Similarly, public support for the Tories has tanked, with the Conservative Party on about 20%, and Labour on over 50%.

Hundreds of Tory MPs were facing a potential wipeout. Confidence in her premiership evaporated. And in the famous departing words of Boris Johnson: “When the herd moves, the herd moves.”

These Tory beasts were certainly on the move, desperate to save their political skins. A growing number submitted no confidence letters to Graham Brady, chair of the 1922 Committee of Conservative MPs. The pressure mounted. And Truss was eventually forced to relent.

The deed was done with the appointment of Jeremy Hunt as chancellor. It was clear at this point that the Tory ‘moderates’ – backed by the establishment – were planning a coup against the libertarian, ultra-Brexiteer wing of the party. From then on, Truss’ days were numbered. She was a prime minister in name only. 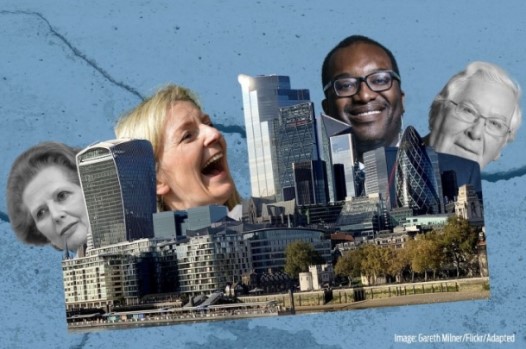 The ruling class had lost control over the Tory Party. They were burdened with the likes of Boris Johnson, then Truss, as their political representatives – these short-sighted, self-seeking, degenerate leaders.

But now they are determined to regain control, as they have done in the Labour Party through Starmer and the right wing.

This means bending the rules to keep the Tory membership away from any decision-making. The idea of one unifying candidate seems ruled out, given the divisions within the parliamentary party. The right-wing, Eurosceptic ERG group of MPs still has considerable sway.

Remarkably, there are rumours that Boris Johnson might even stand in the leadership contest, ‘in the national interest’. After all, he did actually win a general election. As one Tory MP said: “It’s time for the boss to come back!”

The ruling class will be keen for someone like Rishi Sunak to stand and win. He would be more of a ‘safe pair of hands’. Under his premiership, they would hope to rebuild the Tory Party. But given the deepening economic crisis, and the austerity that is needed, this is no easy task.

Another option for the ruling class would be to force a general election and hand power to ‘Sir’ Keir Starmer. Traditionally, after all, right-wing Labour governments have been brought in to clean up after a Tory mess, only to be removed after doing their dirty work.

Clearly, Starmer would be keen to play this role, again ‘in the national interest’.

Such a government would not be a ‘reformist’ government, but one bent on balancing the books. It would be a government of crisis, as with Ramsay MacDonald in 1931, preparing new social and political convulsions.

Britain is faced with an ‘omni-crisis’ at all levels. The chickens are coming home to roost for the capitalist class. 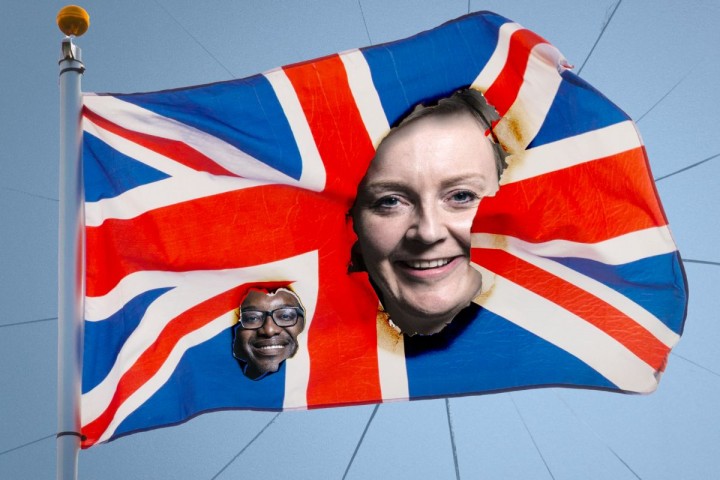 Britain is faced with an ‘omni-crisis’ at all levels / Image: Socialist Appeal

The decline of British capitalism will mean cuts in living standards for the working class. Energy cost will spiral. And the £40 billion hole in the government’s budget will be filled at our expense, coming on top of the cost-of-living catastrophe. At least this is the plan.

This, however, is a recipe for bitter class conflict – now and in the future. There will be no return to stability. That is ruled out. On the contrary, turbulence and instability will be a permanent feature of British capitalism, as it lurches from one crisis to another.

The present strike wave is a taste as to what is to come. Rail workers, dock workers, postal workers are all taking action. Health workers and teachers, amongst others, are balloting for action. Many have never been on strike before now.

In face of rising inflation, this industrial militancy will intensify, with the trade unions set to engage in coordinated action. This represents the re-awakening of the working class in Britain.

If the Tory government survives long enough to introduce further anti-union legislation, this will merely pour petrol onto the flames.

The situation in Britain is being transformed. The Tories and bosses have opened a Pandora’s Box. In so doing, revolutionary convulsions are being prepared.

The task remains to build a revolutionary alternative to put an end to the nightmare of capitalist crisis.

Another Tory prime minister has bitten the dust. Good riddance! But this is not enough.

As RMT leader Mick Lynch has stated, we need an uprising – one that will put the entire rotten capitalist system where it belongs, into the dustbin of history.