Fightback and La Riposte supporters converged in Toronto for the May long weekend to attend the annual Fightback national conference. This year, over 40 comrades from Fredericton, Montreal, Ottawa, Toronto, and Vancouver, with international guests from Britain, were able to attend and discuss the rapid changes occurring around the world. The conference also marked the 10th anniversary of supporters of the ideas of the International Marxist Tendency organizing national meetings in Canada; to begin the conference, a picture from the first conference in 2001 was shown, and comrades could see how far we had come in the past decade. 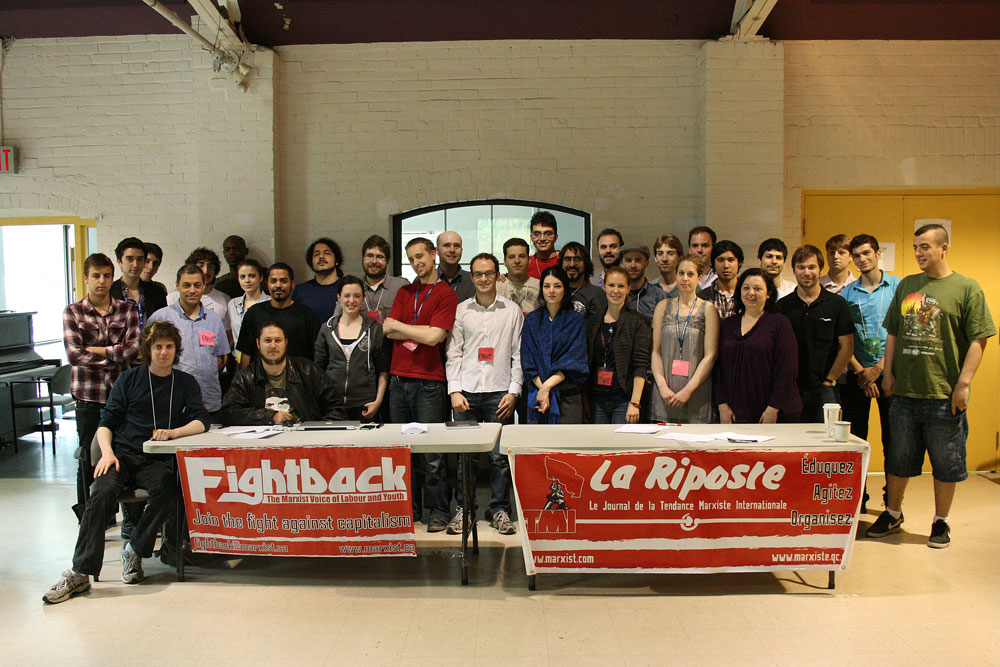 Fred Weston, an editor with the popular Marxist website In Defence of Marxism , kicked off the weekend with an introduction to World Perspectives. The past year has borne witness to massive movements all over the world, and unfortunately, it is becoming increasingly difficult to fit all of these developments into three hours worth of discussion! Naturally, the focus of World Perspectives was on the revolutionary movements in the Arab world. Although the revolution appeared to catch bourgeois commentators by surprise, the Marxist tendency had predicted the undercurrents of discontent in countries like Egypt. In fact, Fred quoted an article published on In Defence of Marxism in October 2010, which had predicted the possibility of a revolution in Egypt. This sort of analysis needed to be contrasted with the corporate media; both the Economist and the BBC had denied the possibility of an Egyptian Revolution even as the dictator Ben Ali was being kicked out of Tunisia!

Fred emphasized the importance of the Arab Revolution to Marxists and all working class fighters. The conditions that helped spark the movement in Tunisia are present throughout the Arab world, and it was only natural that revolution could spread to any of the Arab countries. Moreover, the intense media coverage of the revolution would help to have an effect on the consciousness of workers internationally. Although the bourgeois economists and commentators talk of the first “green shoots” of economic recovery, the fact is that we are seeing greater polarization between the working class and the bosses in every country. In Wisconsin, for instance, unionized workers labelled the Tea Party state governor “Hosni Walker”. The Chinese regime was forced to censor all websites and online mentions of Egypt, Tunisia, and the Arab Revolution as Chinese workers are increasingly suffering from the restoration of capitalism in that country. Most recently, Brigette DePape, the Canadian Senate page who unfurled a “Stop Harper” sign during the Tories’ throne speech, spoke about the need of bringing the “Arab Spring” to Canada.

After a short lunch break, the afternoon session began with a discussion on Canadian Perspectives, led off by Fightback editor Alex Grant.  Contrary to some who would claim otherwise, Canada was not immune to the effects of the Great Recession and like other countries they pumped in billions of dollars to prop up the banks and other businesses.

Although the federal government may claim that the Canadian debt-to-GDP ratio is relatively low, when the debt loads of the provincial and municipal governments are added in, then the ratio begins to approach many of the indebted Western European countries. The bosses have made it very clear that this money needs to be paid. Like Greece, Portugal, and Great Britain, the Canadian government (at all levels — federal, provincial, and municipal) need to pursue austerity to balance the books. Alex repeatedly mentioned the $11-billion in unspecified cuts in the Conservatives’ budget. At a municipal level, the election of Rob Ford in Toronto shows the type of cuts, austerity, and privatizations that are on the bosses’ agenda.

Alex also pointed out the increasing class polarization that is occurring in Canada over the past 30 years. Alex cited one study that examined the disappearance of the so-called “middle class” in Toronto during that time frame. Alex reminded the comrades that it wasn’t poverty or the crisis which had helped spark the revolutions in the Arab world; rather, it was the feeling of inequality and hopelessness that resonated with the Arab masses.

A lot of the discussion during Canadian Perspectives focused on the NDP’s breakthrough in the recent federal election, especially in Quebec. The NDP’s success flew in the face of both bourgeois commentators — who always claimed that the NDP’s “socialist” ideas could never attract more than 20% of the population — and the ultra-left sectarians — who always dismissed the links that exist between the working class and its political party. The victory in Quebec was also very important in that Quebec workers turned away from the bourgeois-nationalist Bloc Quebecois in favour of the NDP, the traditional voice of the working class in English Canada. This is yet another sign that working-class Quebeckers are getting sick and tired of the old nationalist-federalist debate and are looking for a party — any party — that will advance their interests and demands. 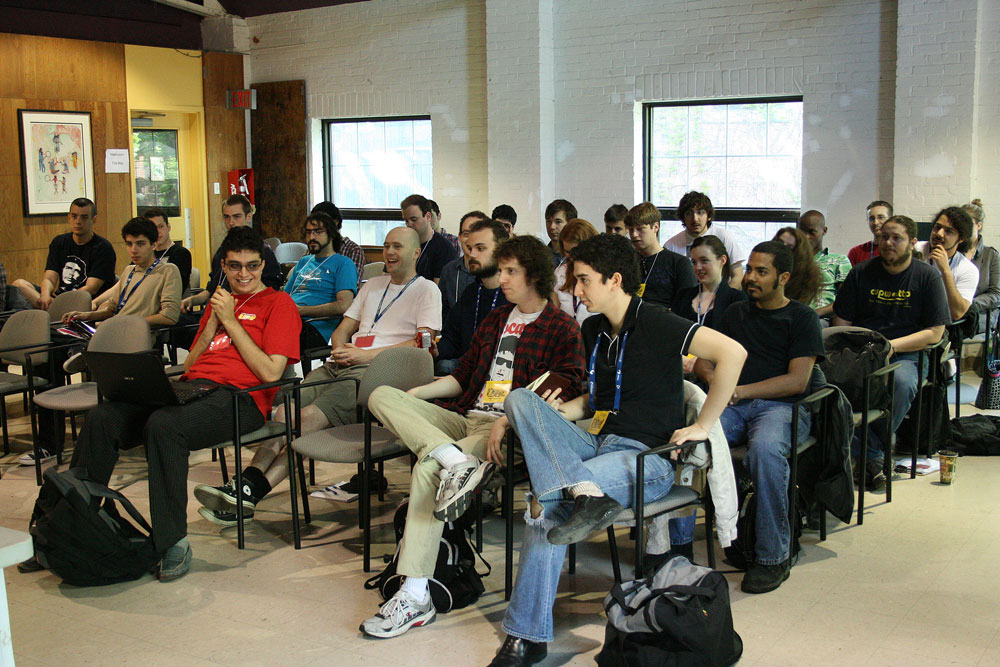 For the Marxists, a discussion on perspectives is useless unless it can be accompanied by action and activity. On the Sunday, the conference turned towards the objective tasks necessary to build the Marxist forces in Canada. The comrades intervened enthusiastically about the possibilities for reaching new people in their various areas of work. A number of comrades from Toronto, for example, recounted the successes of the Toronto Young New Democrats and their fight against the right-wing witch-hunts within the party. Comrades from Quebec spoke about their intervention at the Quebec solidaire convention, as well as the efforts within QS to establish a youth-wing and youth clubs. Mike Palecek, a member of the executive of the Canadian Union of Postal Workers (CUPW) Vancouver local, read out greetings from CUPW to the conference. This was followed by a unanimous declaration offering Fightback’s support to the postal workers in their fight against attacks on their pensions, disability benefits, and threats of Canada Post’s privatization.

The passion and enthusiasm of the comrades was very much evident after dinner on Saturday, when the comrades gathered for the annual collection. Fightback is proud that all of its funding comes from ordinary supporters in the labour movement. As usual, there was a bit of friendly competition between some of the comrades who were all eager to donate the most. In the end, the comrades pledged nearly $6,000, a record collection! Comrades also resolved to go out and actively solicit more solidarity subscriptions so that revolutionary ideas can have a secure source of funding into the future. The money will be put to great use as Fightback is eager to be able to get its own printing press, begin publishing its own books and other Marxist classics, as well as a physical office that can be visited by allies and supporters. After the collection was completed, the comrades finished the evening by singing socialist songs and playing “Communist Jeopardy.”

Massive changes are occurring all over the world, including Canada. The Marxists around Fightback and La Riposte are prepared to work hard to provide the ideas and methods that can lead workers to triumph over the evils of capitalism!