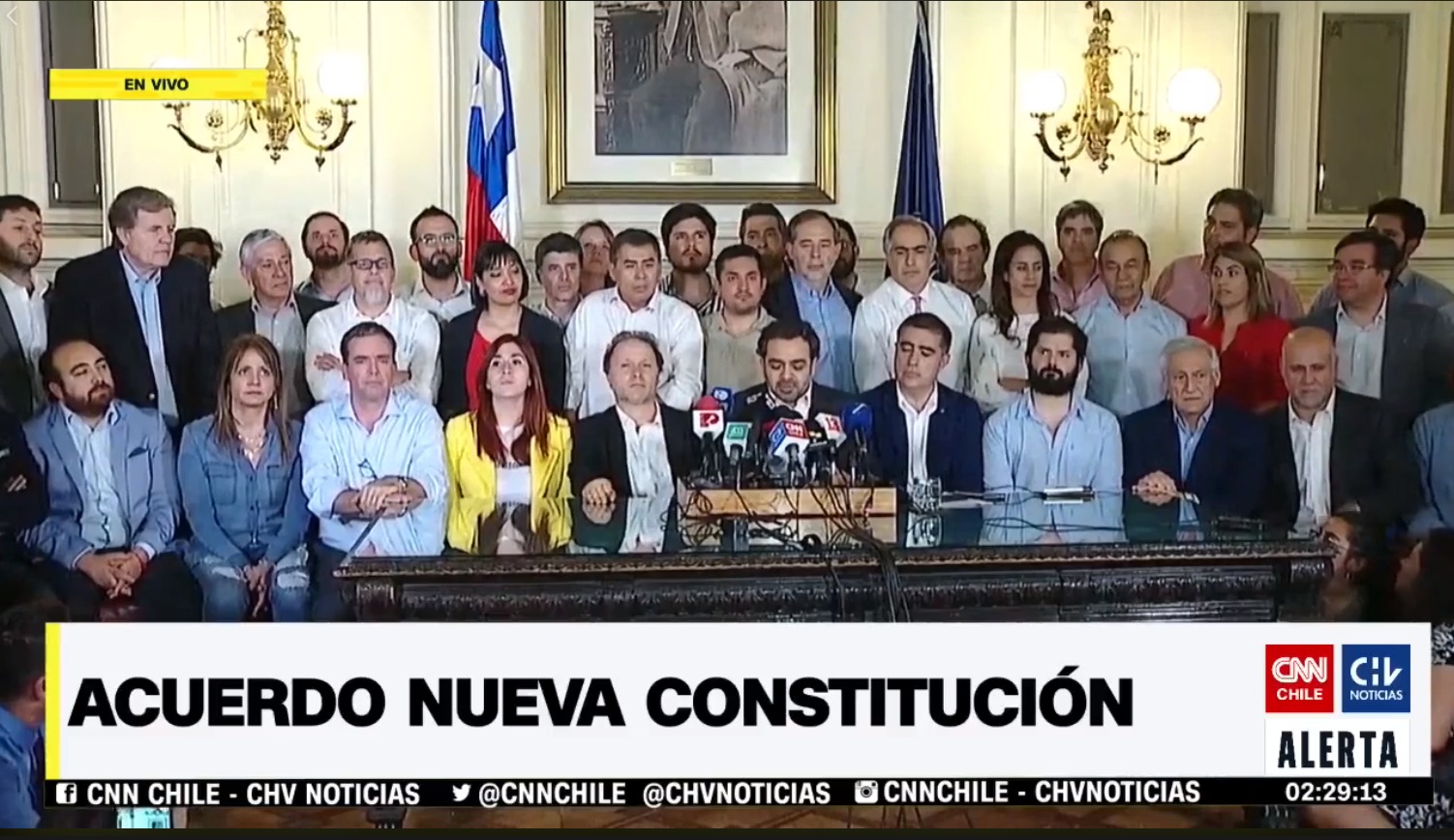 An agreement between the ruling party and all opposition parties (with the exception of the Communist Party) on the elaboration of a new constitution was announced earlier this morning.

The central points of the calendar agreed are:

- A plebiscite in April 2020 with two questions: new constitution, YES or NO; and what would be the mechanism to draft it: a Mixed Convention (partly composed of current parliamentarians and others elected for that function) or a Constitutional Convention (with all elected members)

- If a Constitutional Convention is agreed, it will be elected in October 2020

- A maximum of one year after that, the new constitution would be submitted to referendum (we are talking about 2021)

The agreement contains a whole series of very important limitations to this "Convention":

- The Convention will not be sovereign, it will not be able to impact on the other organs of the state, and is banned from deciding even on its own rules of functioning

- the decisions will be taken by a 2/3 majority - that means, if the right-wing gets 1/3 of the deputies, they will have the right of veto

- the current Congress, totally discredited and without legitimacy, will also have to ratify the new constitution

- any dispute over this agreement will be settled by a joint parity commission between government and opposition, that is, the Piñera government has the last word

What we are talking about then is a regime-corseted Convention, with a whole series of mechanisms that ensure that the popular uprising of the last month will not have a decisive voice in it.

The most important point is actually the first, which says: “The parties that subscribe to this agreement will guarantee their commitment to the restoration of peace and PUBLIC ORDER in Chile and the TOTAL RESPECT FOR human rights and the CURRENT democratic INSTITUTIONALITY”.

That is to say, all the signatory parties undertake to work to take the uprising against the regime off the streets and bring it onto controlled, constitutional channels.

They all (from the Christian Democrats, to the Socialist Party and the Frente Amplio) agreed to play the game of "national unity" and an "institutional way out", appearing in the joint photo for the front pages of the newspapers.

The position of the Communist Party not to sign the agreement is respectable, but many of its spokespersons continue to present the agreement as a "tremendous triumph" (Carmen Hertz).

The popular uprising must reject this farce, jointly signed by the ruling party and a new version of the Concertación. Workers and youth must remain mobilised on the streets, strengthen the assemblies and self-convened cabildos [councils], and organise safety and security committees and regional cabildos. The next step in the movement must be to prepare an all-out general strike to bring down the killer Piñera. On that basis, a National Assembly of the Working Class and the People can be convened to decide on everything. 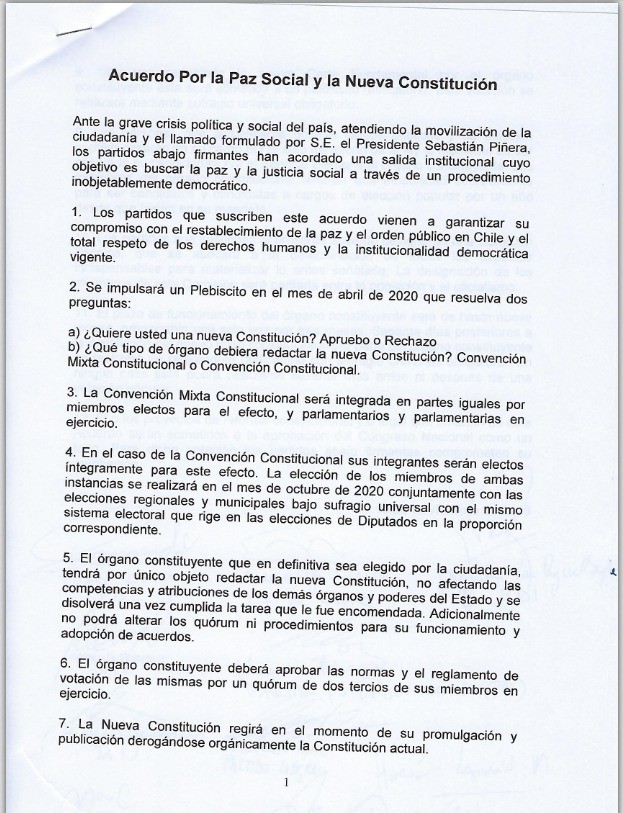 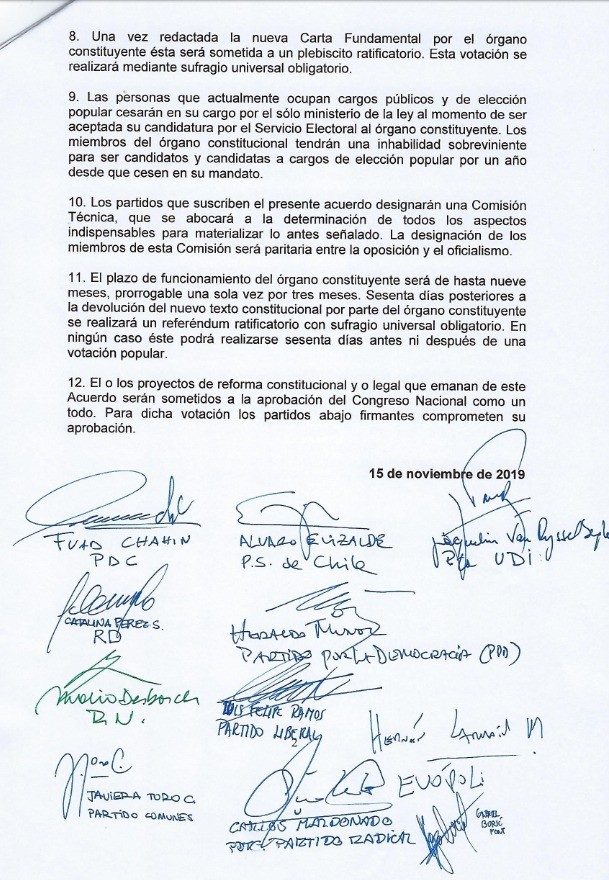