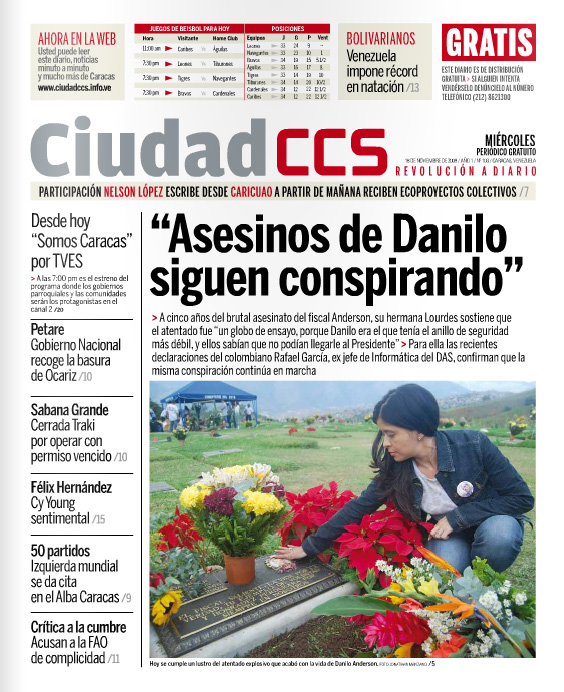 The widely read Caracas daily newspaper Ciudad CCS, published by the Caracas Municipal Council, interviewed Alan Woods, asking what are the tasks facing the Venezuelan revolution. Alan explained that the tasks are socialist, that involve expropriating the oligarchy and completing the revolution, otherwise the whole situation could unravel and reaction could eventually get the upper hand.

November 18, 2009: Alan Woods is one of the most recognised Marxist thinkers in the world. His books have been translated into several languages. He is a staunch defender of the Bolivarian Revolution. He has visited our country often, and this time he will participate in the Extraordinary Congress of the PSUV and will give a series of conferences in several cities throughout the country. 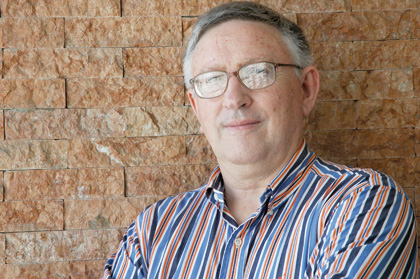 In this interview we wanted to deal with a series of theoretical and political subjects with the aim of kick-starting a debate which can serve to deepen the revolutionary process.

What kind of revolutionary tasks must be carried out in Venezuela, bourgeois democratic or socialist?

What remains to be done?

Until the land, the banks and the key parts of the economy are not expropriated we cannot talk of a socialist planned economy, but of a chaotic economy. It is chaotic because, on the one hand there is not a planned economy which could put an end to unemployment and inflation, but at the same time, it does not allow the functioning of the market. Therefore you don’t have one thing nor the other, neither fish nor fowl, but a worsening of the economic situation which has serious consequences. Venezuela is attempting to introduce changes, but remains subjugated, like all Latin American countries, to the world capitalist market, and the consequences of this are unemployment, inflation and chaos.

Who are the allies and who the enemies of the revolution?

These forces are very clear; we saw them during the coup in 2002, the bosses’ lockout of 2003, the referendum in 2004 and in every key moment in the last 11 years. What doubt can there be? First of all, the working class, whose power was revealed during the oil industry lockout, when they took over the installations, exercised workers’ control and saved the revolution. There is also the peasantry, the youth, and the urban and rural poor. But naturally, all these sectors must be led by the working class, which is the only class which has the power to make the revolution. Not a light bulb shines, not a wheel turns, not a telephone rings, without the permission of the working class. That is an enormous power, the problem is that the working class has power but it is not aware of it. But alliances with the bourgeoisie, those lead nowhere.

Is it possible to defeat the bourgeoisie in a peaceful process?

We all know about the slogan “all power to the soviets”, but nobody seems to know what it means. When Lenin launched this proposal, the soviets were dominated by the reformists; therefore this slogan meant giving all power to the reformists who did not want to take power; what he wanted was to expose them and for this reason he advanced transitional demands, like “bread, peace and work”. Interestingly, Lenin said repeatedly to the reformists: “are you going to take power?, if so, we will support you; let’s do it,” and they could have done it in a peaceful way, without wars, without bloodshed. As the reformists refuse to take power peacefully, then civil war is guaranteed. Here, in April 2002, after the defeat of reaction, what force could have prevented the taking of power on the part of the working class? One word from Chávez and everything would have been sorted, without bloodshed, peaceful.

What happens is that if we do not take power and we do not carry out the measures that need implementing, the masses, sooner or later, will get tired.

This process “defies the law of gravity” 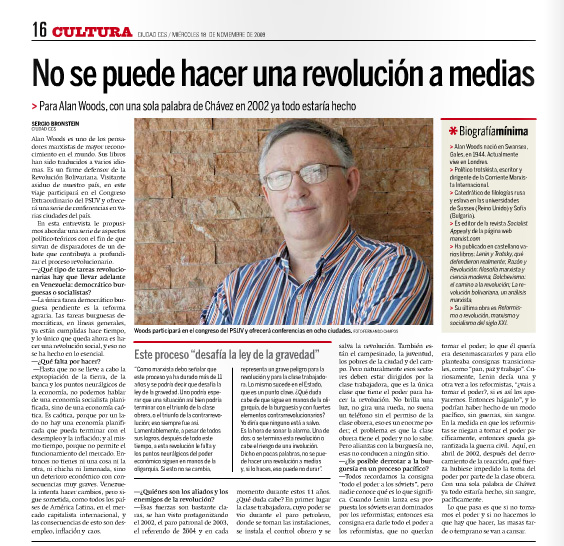 “As a Marxist, I have to say that this process has lasted for more than 11 years already, and that it could be said that it defies the law of gravity. One could have expected that a situation like this would have lead either to the victory of the working class, or the victory of counter-revolution; that is as it always was.

Unfortunately, despite all its achievements, after all this time, this revolution is still not completed, and the key levers of economic power remain in the hands of the oligarchy. If this does not change, it represents a serious threat for the revolution and for the working class. The same is the case with the State, which is a key point. What doubt is there that it is still in the hands of the oligarchy, of the bourgeoisie and with strong counterrevolutionary elements? I would say that nobody is safe.

It is time to sound the alarm bells. Either the revolution is completed or there is the risk of going back.

In a few words, you cannot make half a revolution, and if you do it, it cannot last”

Alan Woods was born in Swansea, Wales, in 1944. Currently he lives in London. Trotskyist politician, writer and leader of the International Marxist Tendency. Graduate in Russian and Slavic Philology from the Universities of Sussex (Britain) and Sofia (Bulgaria). An editor of the Socialist Appeal magazine and the website www.marxist.com

He has published several books: “Lenin and Trotsky: what they really stood for”, “Reason in revolt: Marxist philosophy and Modern Science”, “Bolshevism; the road to revolution”, “The Bolivarian Revolution, a Marxist analysis”.

His latest work is “Reformism or Revolution, Marxism and socialism of the 21st Century.”