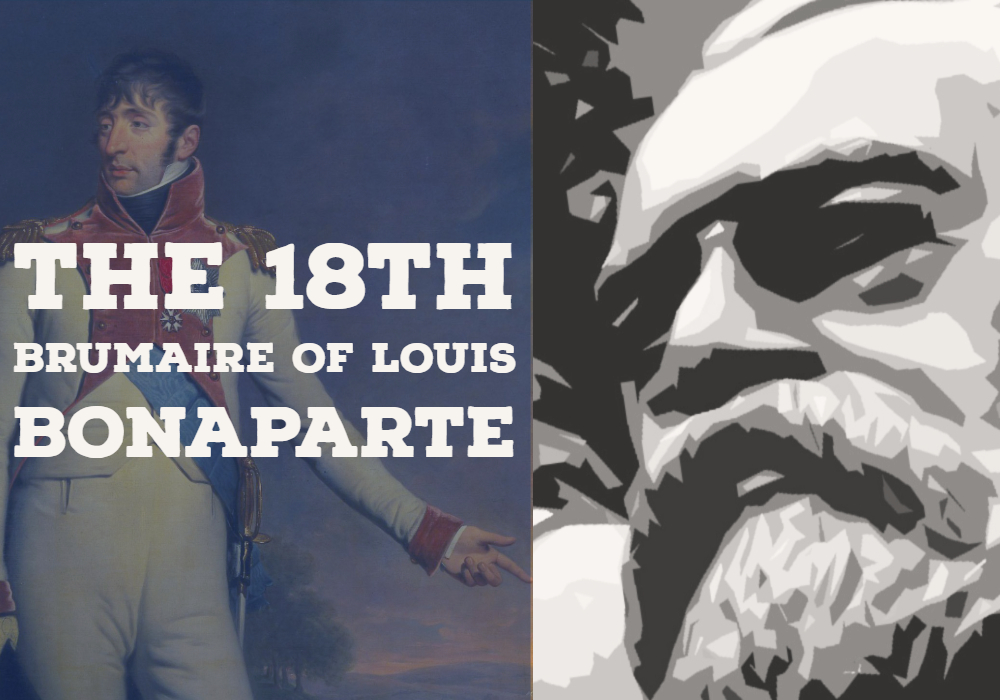 Marx wrote The Eighteenth Brumaire of Louis Napoleon between December 1851 and March 1852. The "Eighteenth Brumaire" refers to November 9, 1799 in the French Revolutionary Calendar — the day the first Napoleon Bonaparte had made himself dictator by a coup d'etat.

In this work Marx traces how the conflict of different social interests manifest themselves in the complex web of political struggles, and in particular the contradictory relationships between the outer form of a struggle and its real social content. The proletariat of Paris was at this time too inexperienced to win power, but the experiences of 1848-51 would prove invaluable for the successful workers' revolution of 1871.

See Chapter 6 for a succinct time line of the period.

Paper copy of this book available from Wellred Books.