Details
In Defence of Marxism
25 February 2019 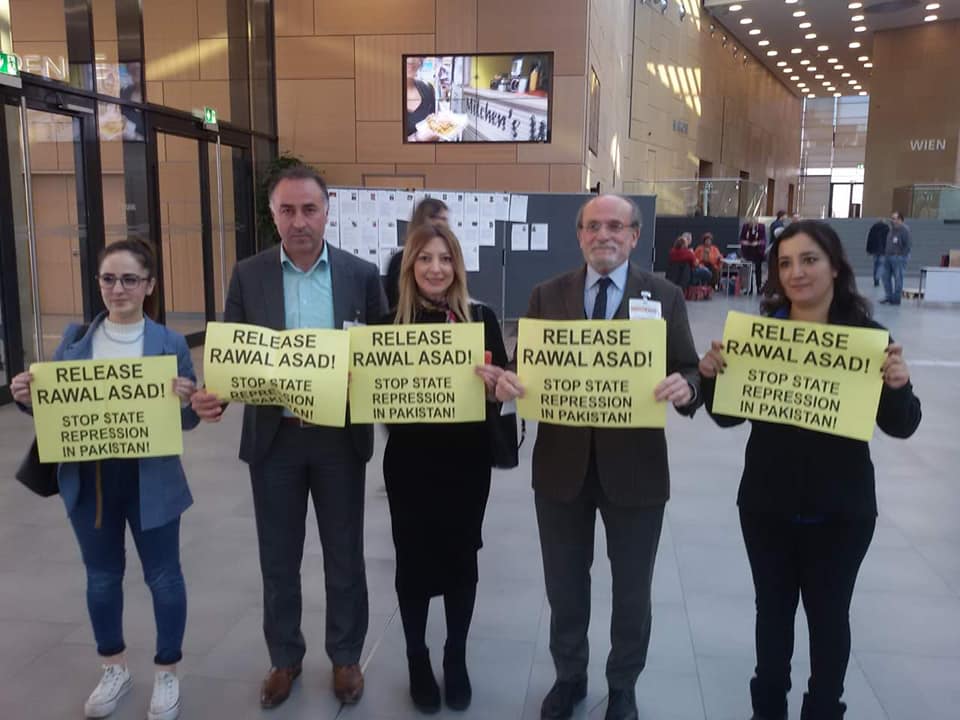 Comrades and supporters from around the world are continuing to put pressure on the Pakistani state to release the Marxist student activist, Rawal Asad, who is still being held on the scandalous charge of sedition and has been denied bail. Meanwhile, protests are ongoing in Pakistan, where comrades, students and workers are demanding that Rawal be immediately released.

On Sunday, 24 February, there were several protests in Pakistan, including one organised in the Punjab region of Bahawalpur by the PYA and Workers' and Peasants' Party (MKP):

There were also solidarity messages, calling for the release of Rawal Asad, sent from performers and attendees at a literary festival in Lahore, including revolutionary poet Habib Jalib's son, Nasir:

A few days prior, Mahbloos Asad, a student of Quaid e Azam University Islamabad and Rawal Asad's sister, called for her sibling's release at a protest in Multan. You can watch her speech below:

Meanwhile, there was a protest on Sunday in Bagh, Kashmir, organised by the PYA, calling for immediate release of Rawal Asad:

Rawal's case is drawing support from significant figures in the international left and labour movement. For instance, delegates to the German Left Party`s Conference between 22-24 Feb offered support to the solidarity campaign to secure Rawal's freedom. We have received photographs of top party leaders and Members of Parliament (Germany and EU) as well as a delegation from the Turkish Left Party, HDP holding placards calling for Rawal's release:

A message of support and accompanying photograph also came in from the FILT-CGIL (Italian Transport Workers' Federation) in Milan, Italy. All these statements of support reveal the bonds of international solidarity that exist between workers and socialist activists, wherever they are:

IMT comrades also protested outside of the Pakistan Consulate in New York City, USA, where Consulate officials responded by calling the police:

In addition, we have continued to receive many new messages and photos of solidarity from elsewhere in the world. We will update our readers on all these messages and encourage activists and progressives everywhere to join them in keeping the spotlight on Rawal's unjust imprisonment. We will not rest until he is free. #ReleaseRawalAsad! 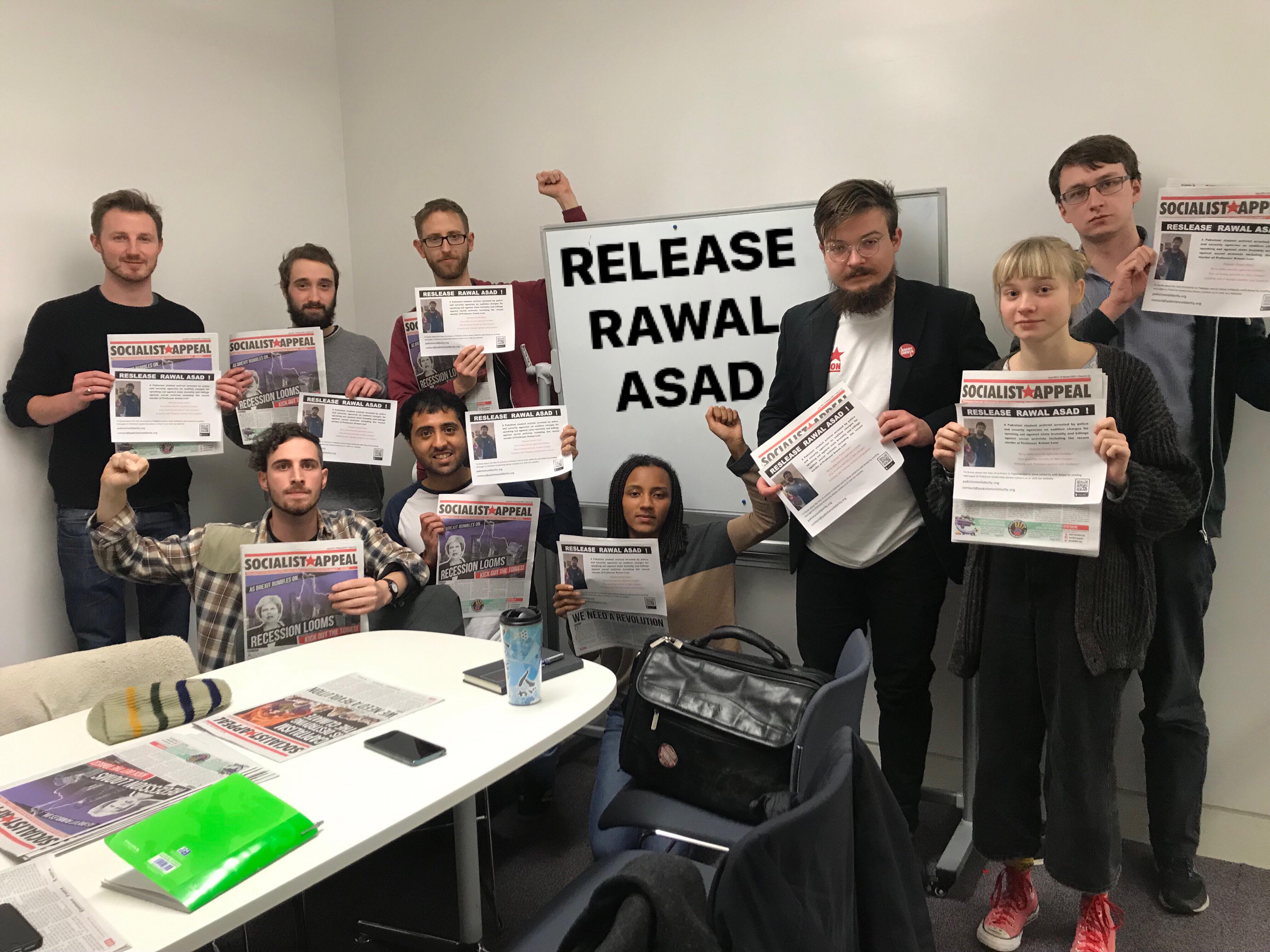 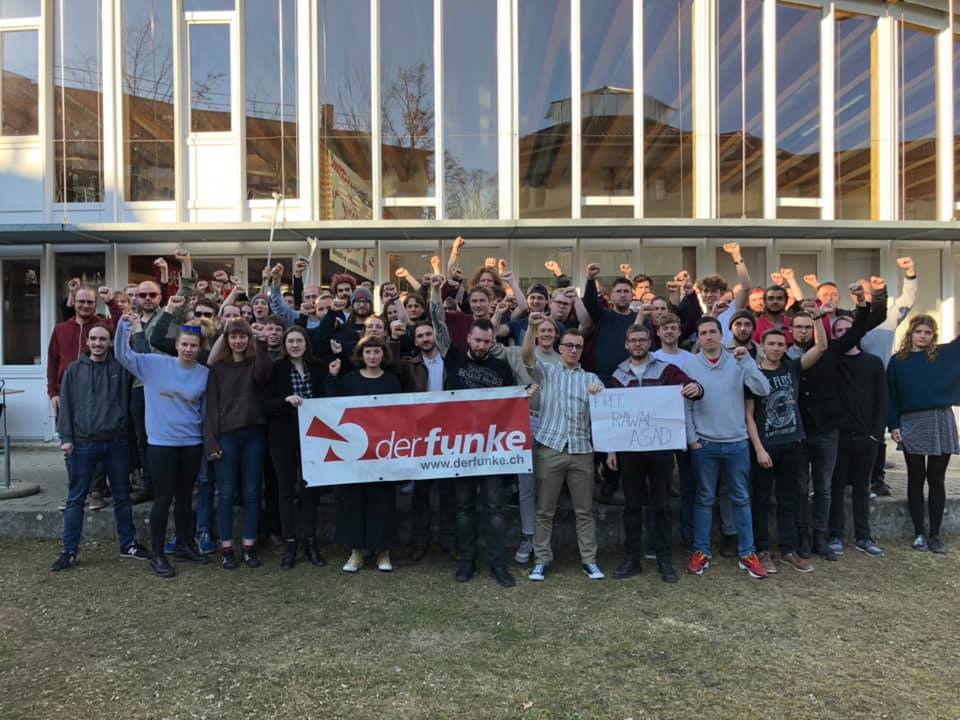 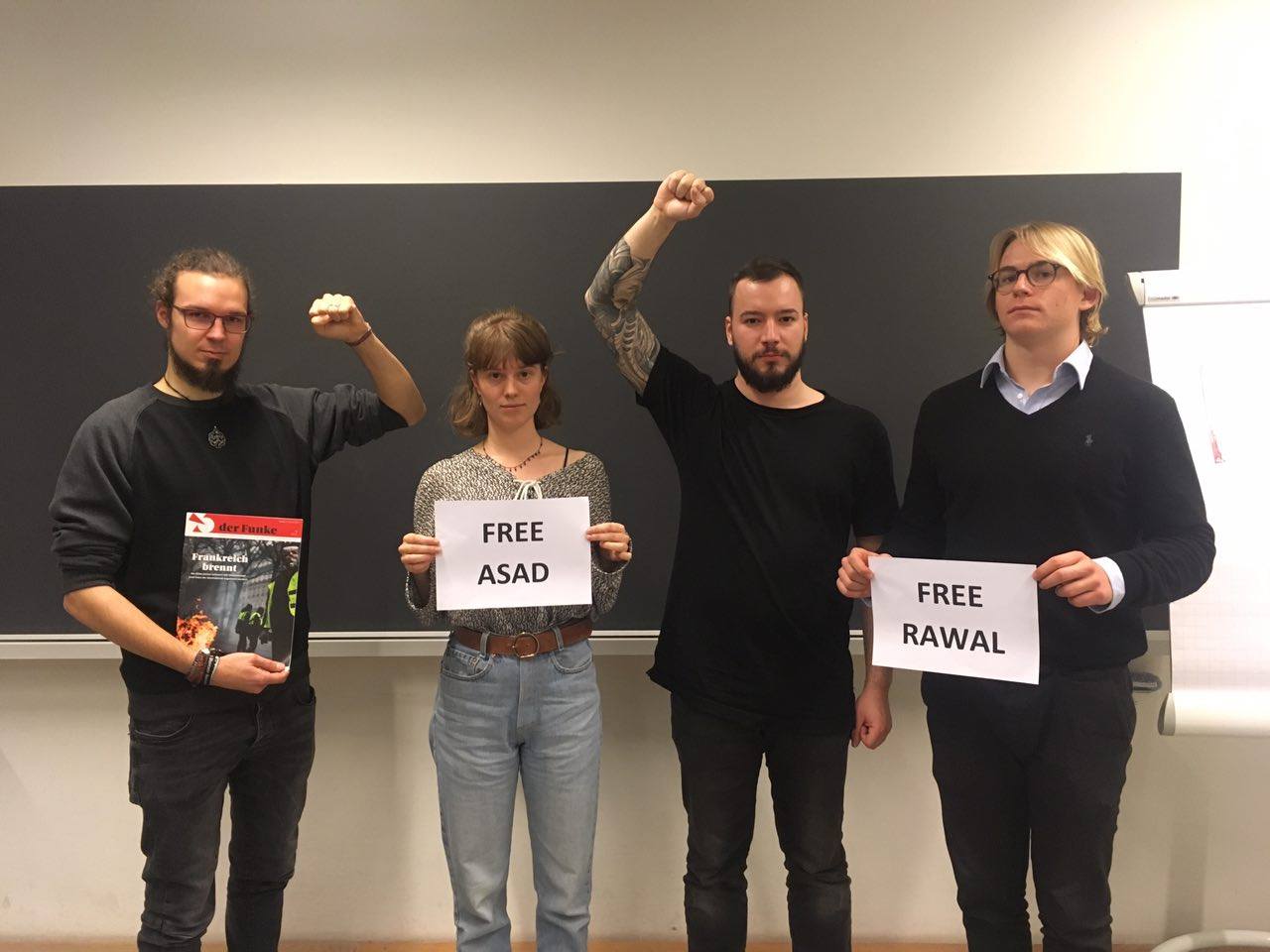 Italy, national leadership of the IMT 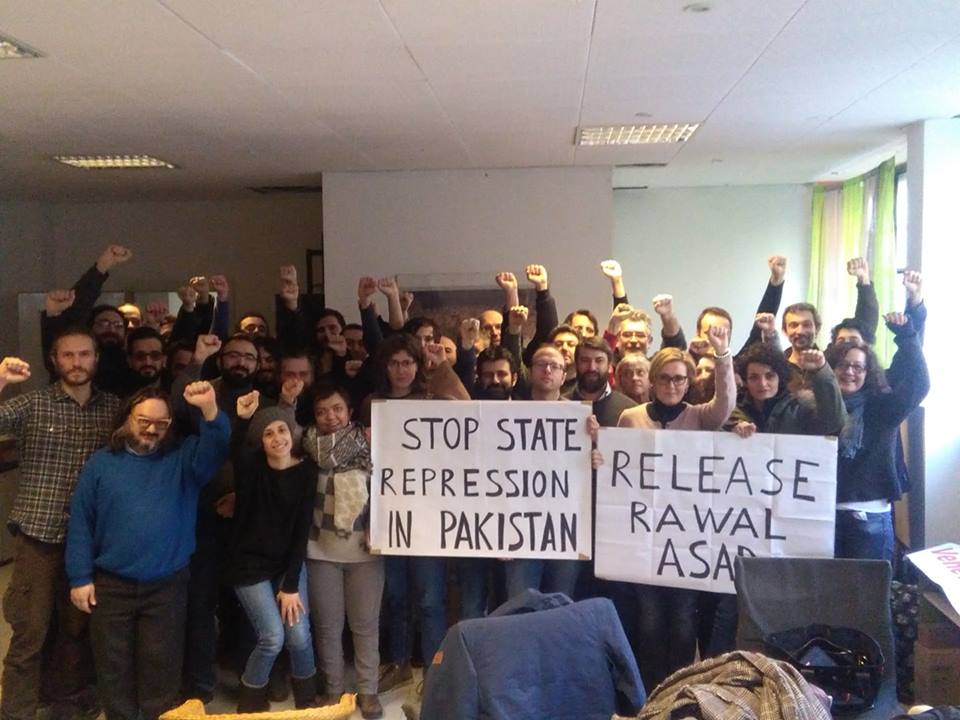 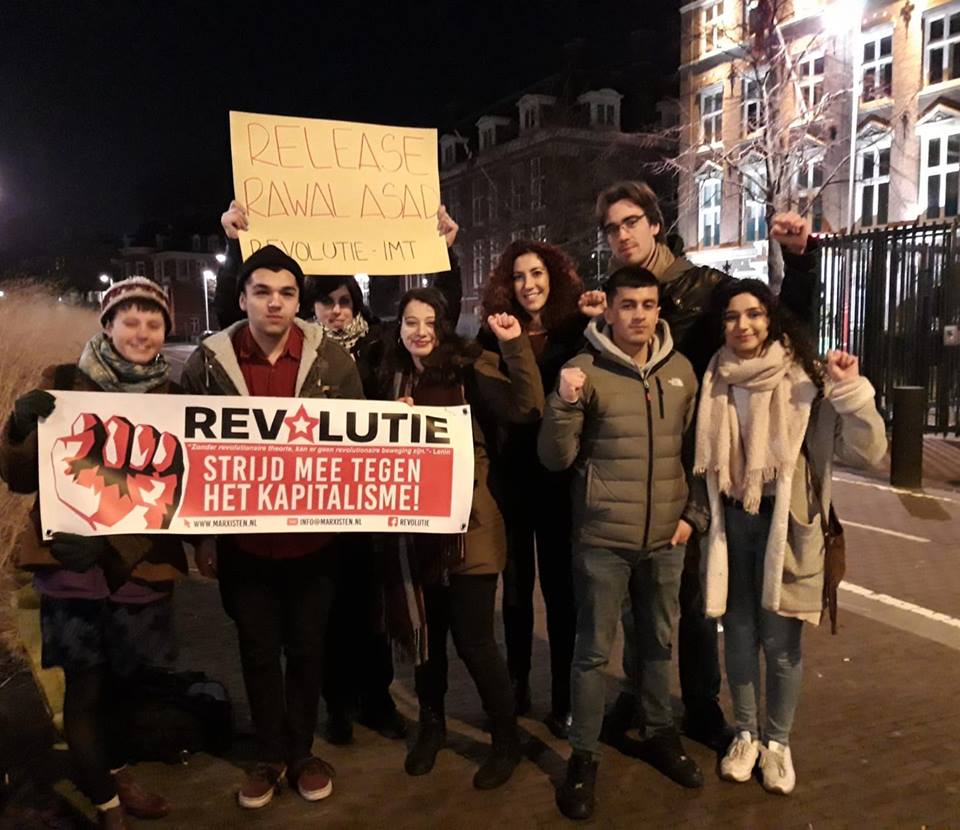 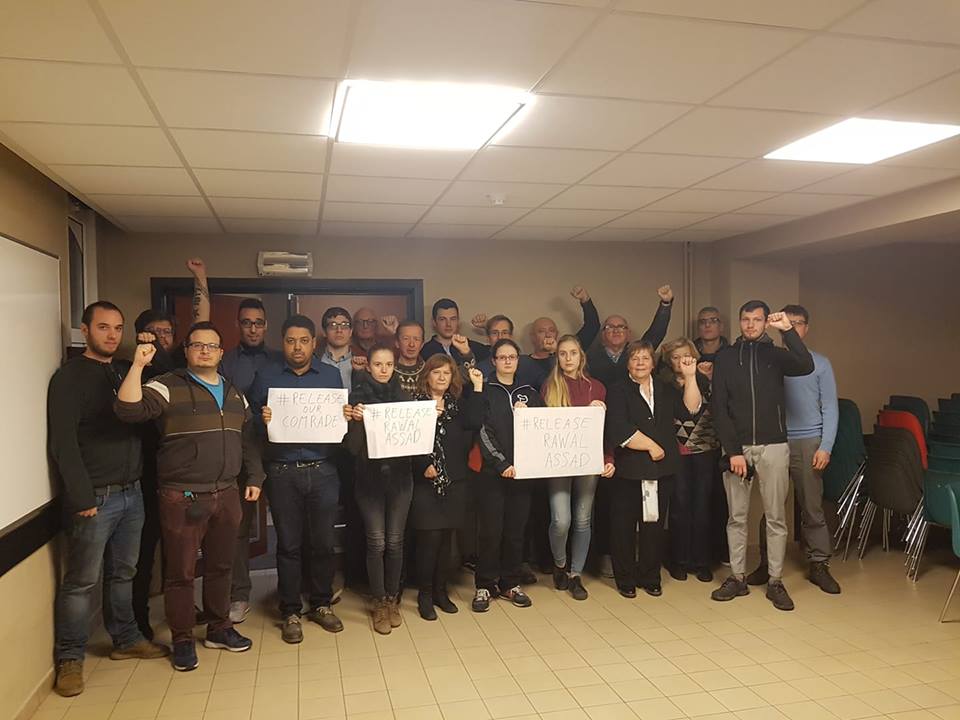 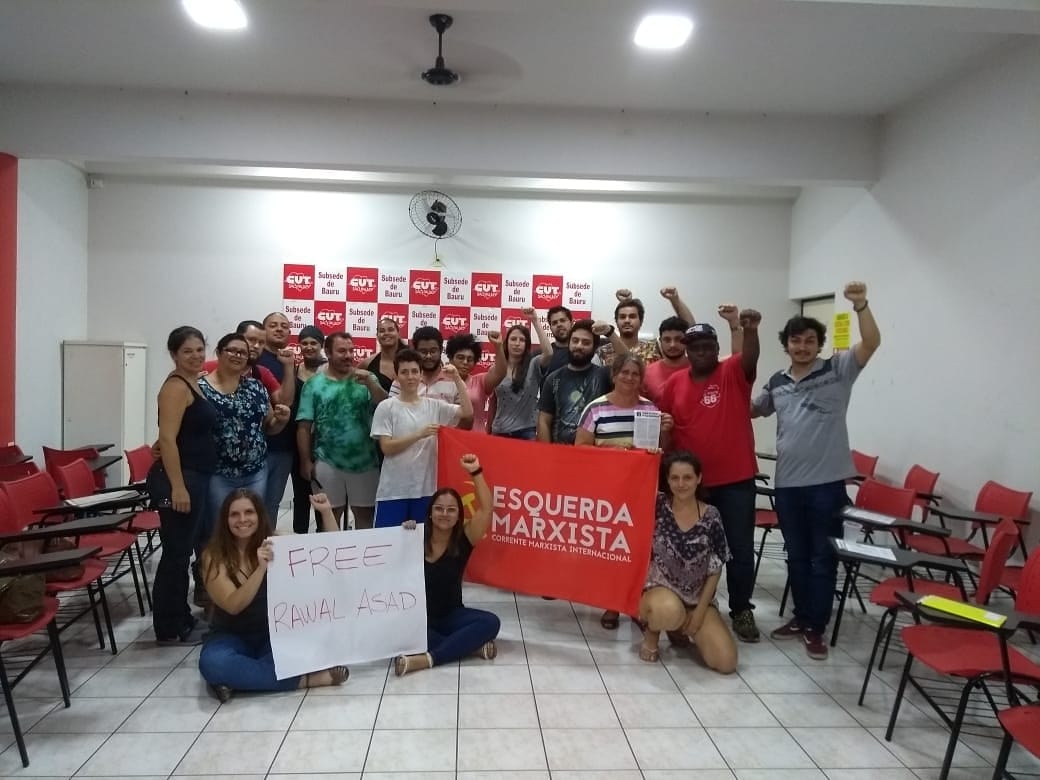