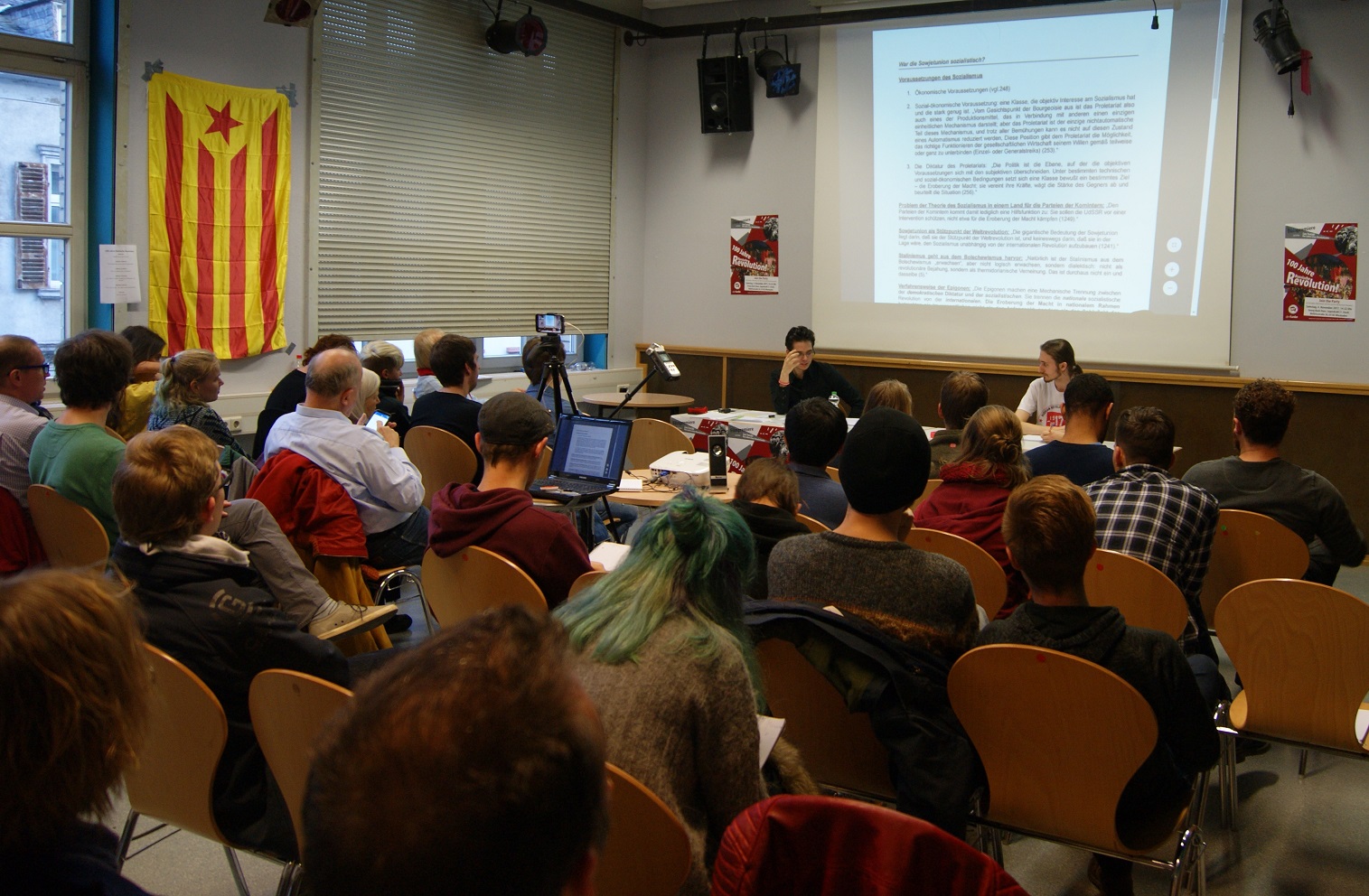 Last Saturday over 60 people attended a one-day event, held by the German comrades of the International Marxist Tendency, to celebrate and discuss the 100th anniversary of the Russian Revolution in the city of Wiesbaden. Three well-prepared lead-offs covered the events in 1917, the rise and fall of Stalinism and the situation in Russia today. This stimulated a number of discussions. There were many new and young people in the audience, many of them activists of the Left Youth.

One of the highlights was the premiere of the German version of Leon Trotsky – The life of a revolutionary, a documentary produced by the IMT together with Leon Trotsky’s grandson Esteban Volkov. As Francesco Merli from the IMT pointed out, the documentary had been produced in order to answer the lies of Stalinists and bourgeois intellectuals about Trotsky. The film was quite impressive. When the Internationale was played at the end, the audience joined in and sang along. 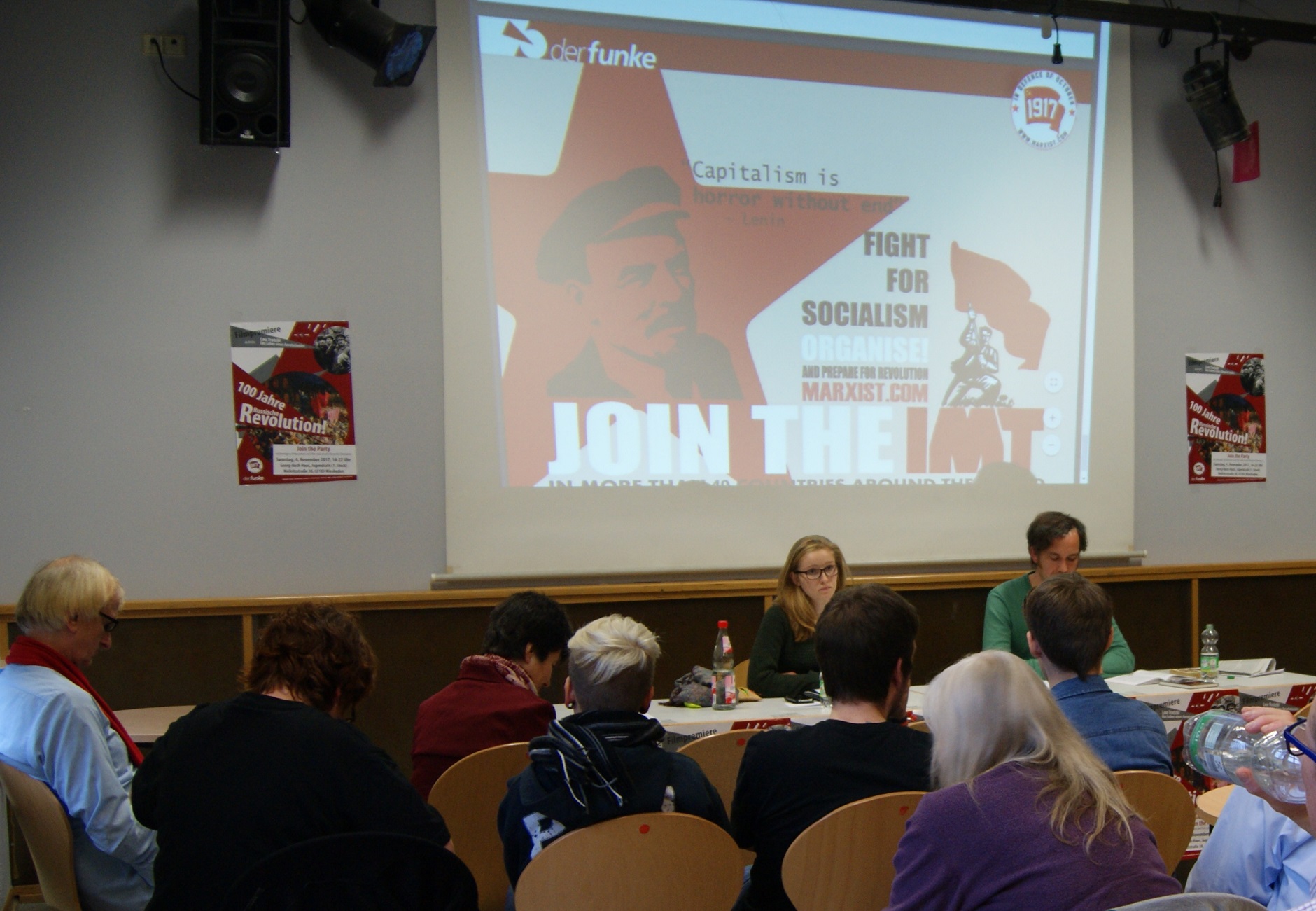 Discussions covered many aspects of October / Image: own work

The October Revolution and the epoch that followed, proved that it is possible to run a society and an economy without capitalists, without landlords and without private property. Despite the Stalinist counterrevolution, which could only come to power by killing thousands and thousands of Bolshevik revolutionaries, the planned economy and state property of the means of production achieved astonishing results. Russia rose from being one of the most backward countries in Europe in 1917 to a position of world power that crushed German fascism within just 30 years. After World War II the Soviet Union became the world’s second strongest superpower.

But the decline of the Stalinist bureaucracy and the restoration of capitalism did not come as a surprise to revolutionary Marxists. As Trotsky pointed out, a planned economy needs workers' democracy just as the human body needs oxygen to live. Instead of planning production for the benefit of society, the bureaucratic caste in the USSR just looked towards expanding its own privileges. And in the final consequence that meant the introduction of private property.

Today's Russian oligarchy consists largely of former CPSU officials and their offspring. The destruction of the state-planned economy and the introduction of capitalism in Russia over a short period led to a massive collapse of the Russian economy. Living standards of the masses worsened hugely in a very short time. In Russia today, there is a wide impoverished section of workers that faces a small super-rich upper class. Nothing has been solved.

After the collapse of the Soviet Union, the ruling class announced the end of history and the final victory of the market economy and parliamentary democracy. 25 years later world capitalism is its deepest crisis ever. All over the world, class struggles are increasing. More and more workers and youth are looking for an alternative to capitalist crisis, war and poverty. The October Revolution of 1917 shows there is a way out. 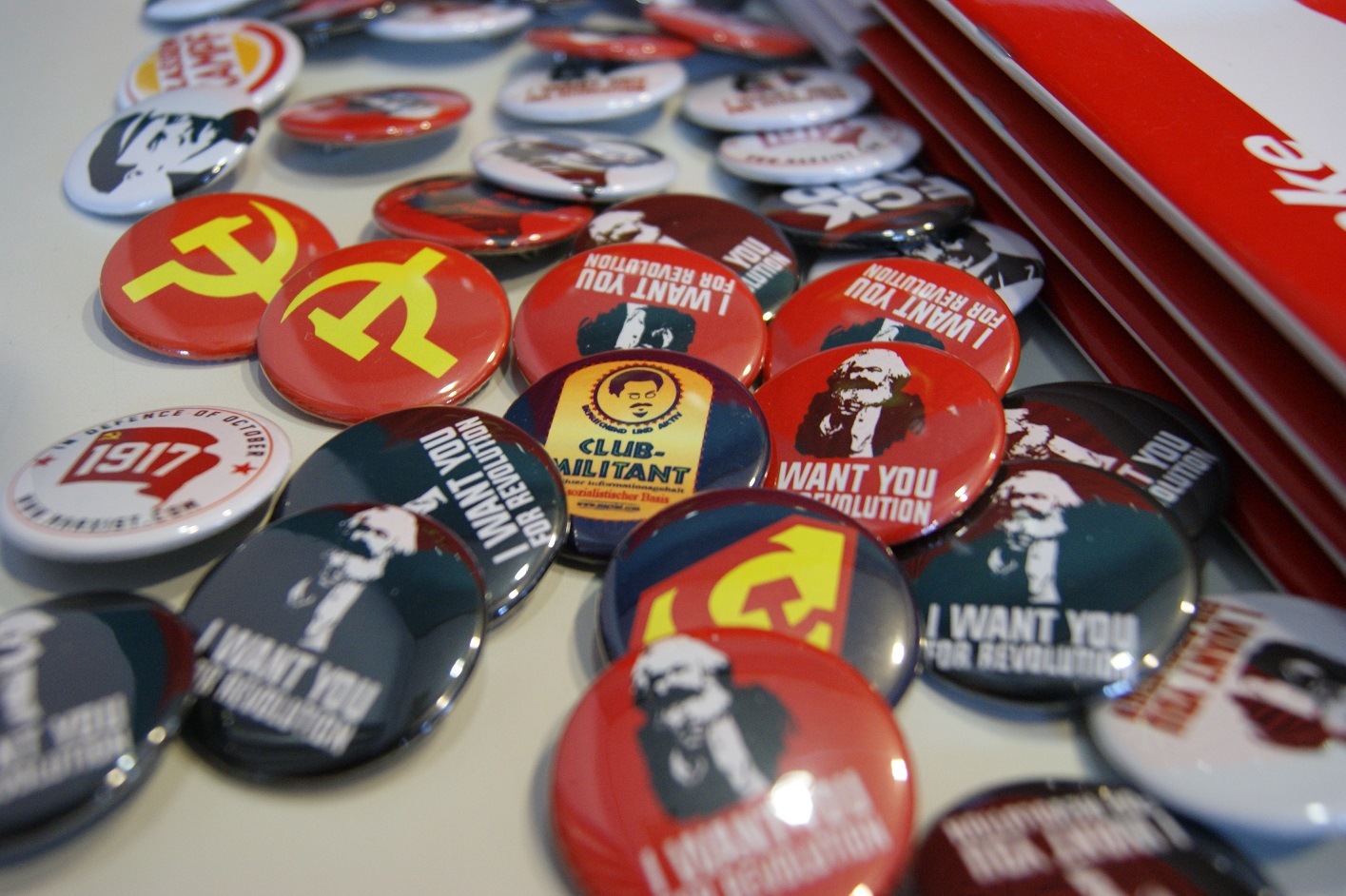