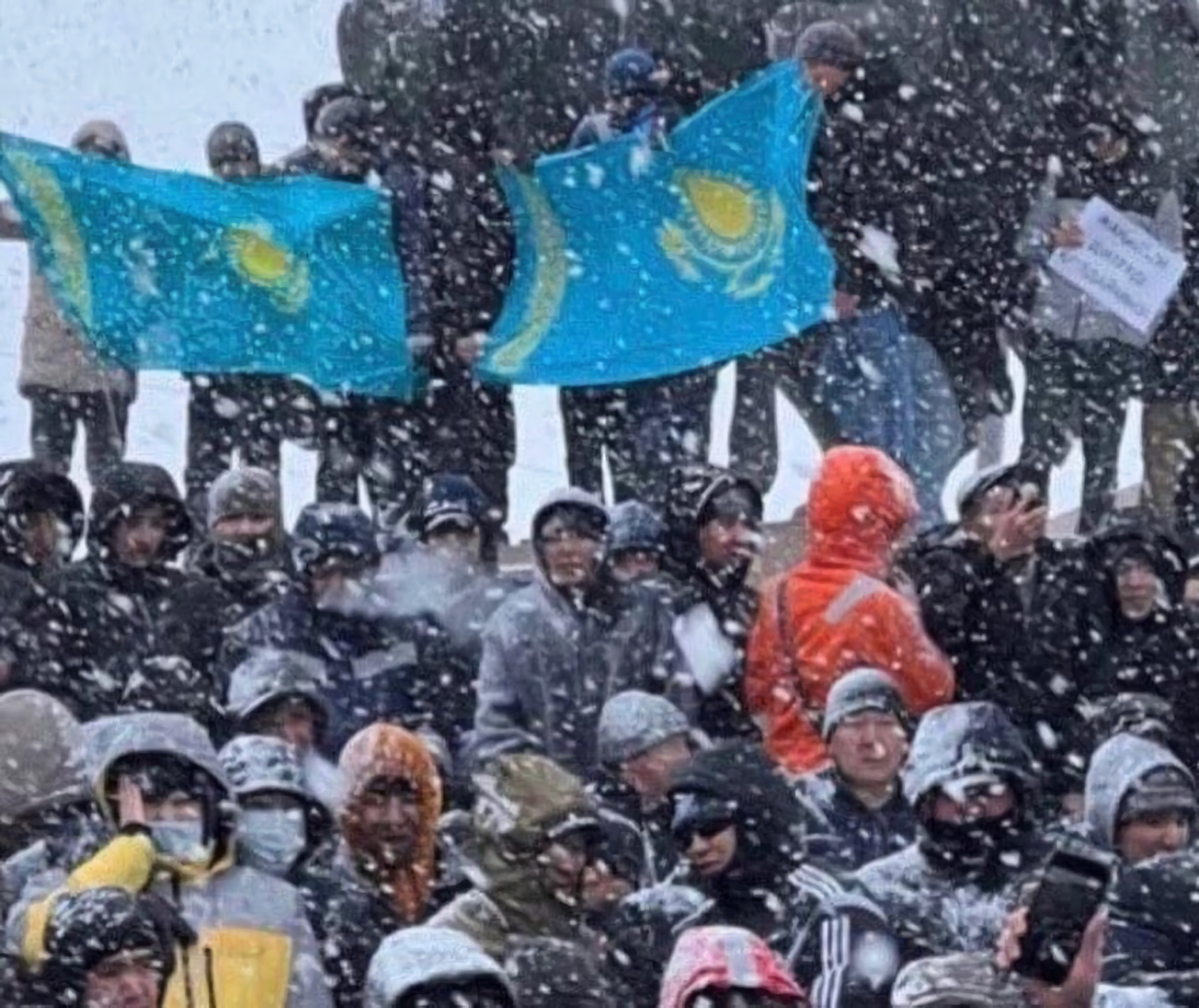 We publish the following translation of a statement, published today by the Russian comrades of the Marxist Tendency on the current situation in Kazakhstan. Read the original here, click here for marxist.com’s latest analysis of the situation, and here for an earlier report by our correspondent on the ground.

Over the past few days, the whole world has watched as protests against the Kazakh government's increase in gas prices, which began in the western part of the country, have grown into a nationwide uprising that has engulfed all major cities in Kazakhstan. It is characteristic of such a large movement that from the very beginning the self-organised working class became the leading social force of the uprising. These workers have been successfully using the main weapon of the proletariat against the government: the strike. From the earliest days of the movement, demands were of a clearly class and social nature, including: price regulation, job protection, raising pensions, etc.

The speed at which these events developed was unparalleled: literally within a couple of days, the armed forces began to go over to the side of the uprising, and the country’s main oligarchs and bureaucrats rapidly began to flee Kazakhstan. In fact, the country stood on the threshold of a political revolution, and only the absence of a strong revolutionary party of the working class, armed with a clear socialist programme and understanding of the tactics of struggle, prevented the rapid development of a social revolution.

This impressive example, which Kazakhstani workers have set for their class brothers throughout the former USSR, has caused such fear among the Kazakh authorities that they have called for help from foreign powers to fight their people. The Putin regime has willingly assumed the role of the region's chief gendarme and is now striking a blow at the masses' uprising by sending in airborne army units to help crush the unfinished revolution.

Although the lessons of the successes and mistakes of Kazakhstani revolutionaries have yet to be learned, it is obvious that we, Russian communists, must decisively oppose the government of our country in the war it has unleashed against the insurgent masses of Kazakhstan.

We are convinced that only the working people of Kazakhstan themselves have the right to decide the fate of the country. All armed units of the CSTO must be immediately withdrawn from Kazakhstan. We call on the soldiers and officers of the Russian army to refuse to carry out the criminal orders of the regime.

Down with the dictatorships of Putin and Nazarbayev!

The working class controls the destiny of all countries!