Lal Khan recently spoke at a successful lecture at the University of Cambridge on “Imperialism and Revolutions in Asia and the Middle East”. The lecture was held in the Graduate Union of the University. Students and staff from different departments and nationalities came to attend the speech. 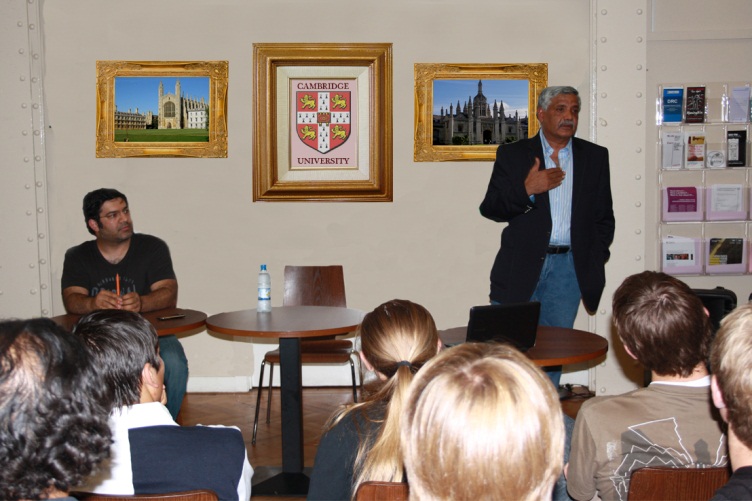 He started his speech by explaining the historic perspectives behind the crisis of global capitalism. He explained the character of capitalism and imperialism in relevance to the oppression of the working class of the world.  On the one hand global capitalism is extracting huge profits and on the other hand the vast majority of the world population is plunged into hunger, poverty, disease and misery.

He further explained that in the current state of world capitalism, the economic indicators of countries do not translate into social and economic improvements for the masses. For example, in India alone in the last decade the growth rate of the economy has been 8 to 9%, but at the same time people living below the poverty line increased from 770 million to 863 million. Similar situation s are observed in other so-called developing countries.

This massive imperialist extraction of wealth from countries around the globe leaves no state resources to be spent on the social infrastructure. As a consequence, all governments are pushing austerity measures at present. These states are purely inclined to serve the interests of the capitalists and imperialists rather than those of the masses.

Lal Khan explained that apart from the loot and plunder of the imperialists, there always has been a class struggle going on. The masses are in a constant struggle against  imperialist oppression to improve their economic wellbeing. The imperialists are trying to divide the masses in order to dissolve the class struggle. The imperialists deliberately attempt to divide the masses according to race, colour, religion, borders, etc. All necessary state infrastructure maintaining these divides is created and sustained at the cost of the working class. A similar exercise was seen in the post-world war scenario when the imperialists ruthlessly divided the people of the Indian subcontinent – who had been living together for 8000 years – resulting in the creation of India and Pakistan. The loot and plunder by the imperialists never ended after that. In fact it kept on increasing. What has not improved is the social condition of the masses. The subcontinent still holds the majority of the world's poor. Similar divisions were carried out in Africa where communities living together for centuries were split along racial, ethnic and religious lines. 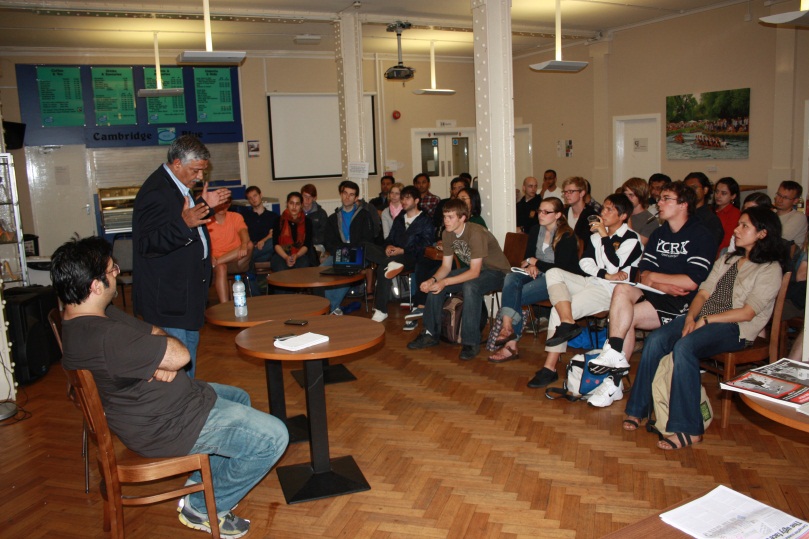 Fundamentalism is also used as a tool by the imperialists to confront and subjugate the class struggle. Islamic fundamentalism was nurtured in the early 1950s by John Foster Dulles, the then US secretary of state of President Eisenhower. They threw billions into creating and nurturing Islamic parties from Egypt to Indonesia. This was done to crush the popular mass uprisings in these countries.

Further billions have been channeled into the Afghan war through Pakistan. Drug money was also generated to finance the so-called Afghan jihad in Afghanistan. This created huge internal contradictions within the Pakistani state and its various factions on the question of the loot of finance capital.

Lal Khan explained that this imperial aggression cannot go on for long; it has to be stopped. We see revolutions going on in North Africa and the Arab states at the present. The imperialist media are trying to disguise the real nature of the revolution, calling it by different names such as the ‘jasmine revolution’ or the ‘struggle for democracy’, etc. What they fear is the truth, i.e  that the character of the revolution is a Socialist one. In the Arab countries people came out to solve the question of class oppression and to end the economic misery that they are facing in terms of poverty and unemployment. The mass uprisings in Egypt and Tunisia not only overthrew the regimes but also exposed the fake opposition that is being portrayed by the imperialist media in the form of Islamic radicalization. Had there been a revolutionary organisation of the masses, the socialist transformation of the whole of society could have been carried out in a matter of a few days.

Summing up the session, Lal Khan highlighted that the class struggle is going on on a global scale with people struggling for their economic aims on all continents. The urgent need of the epoch is the organisation of the working class struggle on an international scale aiming at ending the brutality of imperialism.

A Question and Answer session followed after the speech relating to the army and its role, Egypt, nationalism, Keynesian economics, Socialism and Islamic fundamentalism.