The South Asian Alliance held a very successful event at the Drum Arts Centre on Sunday 17th July. The event was a discussion with Lal Khan on the topic of “Obama, Osama and Hungama”. 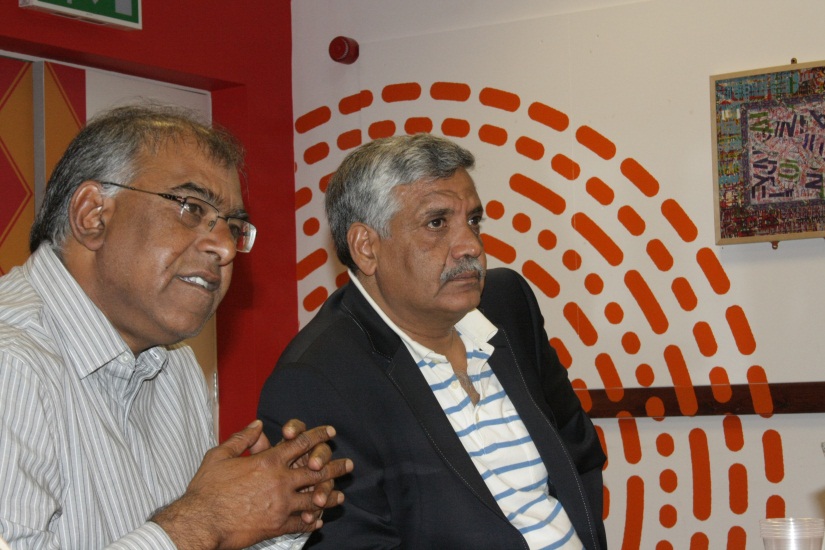 Lal Khan introduced the discussion outlining the background to the current upheavals. He explained that modern day fundamentalism was the brainchild of John Foster Dulles in the early 1950s when he threw billions of dollars into funding Islamic political parties across the Islamic world from Egypt to Indonesia. These Islamic parties were funded to counteract the growing left-wing movements in the former colonial world.

He went on to explain that the Taliban and Islamic fundamentalism in Afghanistan and Pakistan are not new; they are not something which had to be faced after September 11. In fact the phenomenon goes way back to the days of the Afghan Saur Revolution in 1978. This was probably the most progressive event in the entire history of Afghanistan. The Saur Revolution was led by the People's Democratic Party of Afghanistan (PDPA).

Under its rule, for the first time there were reforms in land, health and education. The standard of living for ordinary people started to improve. However, as reformism cannot be sustained for long, tensions started to grew within the PDPA. The PDPA in fact consisted of two warring faction, Parcham and Khalaq.

Khalaq was the dominant faction and was independent of the Soviet Stalinist bureaucracy. However, Parcham being close to the Soviets invited Soviet troops to crush the Khalaq faction and murdered the then Afghanistan president Hafeezullah Amin.

US funded insurgency started before the Russian invasion to support the warlords in Afghanistan. Mujahedeen were sent into Afghanistan with the help of Pakistan and the CIA. This was intensified after the Russian invasion of Afghanistan. Then a war was fought between the mujahedeen and Russians soldiers. This was the largest covert operation of the CIA in history. Millions of people lost their lives in this war including women and children.

In 2001 again the imperialists started their aggression in Afghanistan after the warlords signed deals for oil pipelines with an Argentinian company after expelling an American oil firm. As a result if this, the whole of Afghanistan became an imperialist testing ground for weaponry. Bombs and missiles worth millions me pouring down on the masses.

The Americans gave billions to Pakistan to build the necessary muhajedeen infrastructure in its country. This includes also the propagation of fundamentalist beliefs of Jihad and the establishment of breeding schools for the mujahedeen. The whole of Pakistani society and its infrastructure was geared to serve imperialism and their evil agendas.

The Afghan Jihad was further fuelled by drug money, with narcotics grown in Afghanistan and shipped to the whole world under the patronage of the CIA and Pakistan’s Army agency, the ISI. 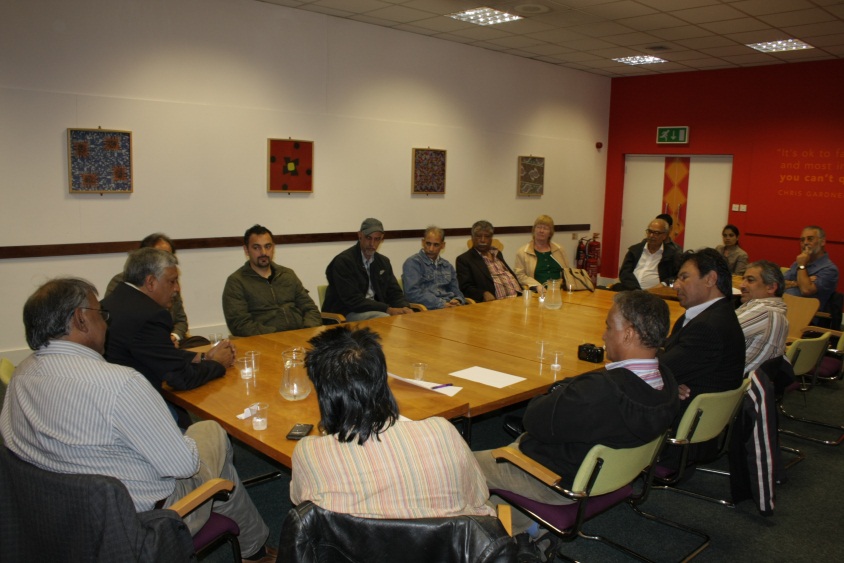 As time passed, the ISI developed its own agenda and became a self-sustained organisation. It also started contradicting CIA directives. The contradictions grew day by day on the question of black finance capital.  Furthermore, various rifts between the CIA and the ISI began to develop . A clear expression of these rifts came out in the form of the Raymond Davis case and the Osama Bin Ladin case.

The worst effect of the rift is being borne by the masses of Afghanistan. From all the historical facts it is evident that the solution to Afghanistan's problems do not lie within its boundaries’. With the further discovery of massive reserves of mineral worth three trillion dollars, the country became the playground for other capitalists and resource-hungry countries such as China, India and Russia.

Lal Khan also answered questions from people in the meeting. On the question of pulling out of the US forces and its impact in Pakistan, Lal Khan said that already Pakistan is in a state of devastation. Pakistan is facing bombs and drone strikes on a daily basis. Karachi is also facing the worst times. The state has exhausted all means it has of transforming the society.

However, there is the other side of the story. The masses are constantly struggling for survival and to meet their social needs. In recent years there have been massive uprisings going on across the country, especially in the electricity supply companies, telecommunications and the postal services. The Pakistan’s People’s Party is considered a party of the masses that has always betrayed the masses. There is no hope being offered by any of the political parties in Pakistan; they are not providing any alternative economic or social plan. This is evident of the fact that their social base is in constant decline.

On the question of the social base of Fundamentalism, Lal khan explained that fundamentalism never had any social based historically in Pakistan. Fundamentalism has never been a real threat and will never be a threat in the future. It is all presented as a big monster in the bourgeoisie media. In the 1970 elections in Pakistan, people rejected the calls of Imam e kabaa and 12 other religious scholars who issued a fatwa against voting socialism. People in fact voted for Socialism in the 1970 election.

A Marxist candidate fought the national assembly election from Wana Waziristan – in the heart of Taliban territory – on the programme of revolutionary socialism and attained mass support. The situation of the religious parties is worse than ever nowadays with massive internal rifts going on within them.

Other questions that were asked and discussed were related to role of the left and progressive parties in Pakistan and the Kashmir issue.