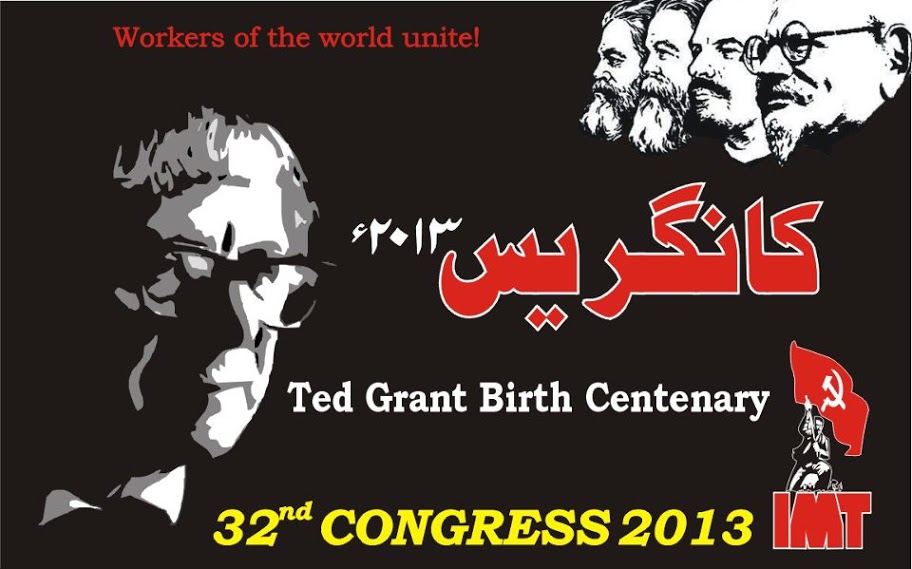 Preparations for the largest ever Congress of the Pakistani Section of the IMT are in full swing and all is set for the historic occasion on 9-10th of March 2013 in the Aiwan-e-Iqbal Hall in Lahore.

Comrades from all over Pakistan are at this moment travelling to Lahore from the four corners of this vast country, from Karachi in the south to Kashmir in the north, from Quetta in the west to Kasur in the east. Four special trains and dozens of buses are bringing more than 2000 comrades and sympathizers. This is a huge operation and teams of comrades have been working round the clock to make sure everything runs smoothly. Simply finding accommodation for all these comrades is a huge task in itself, and around 1300 rooms have been booked in hotels in Lahore.

The congress is being prepared under the most difficult conditions of unprecedented price hikes, growing unemployment and a rapidly deteriorating infrastructure. Along with all this, conditions of civil war, terrorism, drone strikes and bomb blasts in many parts of the country test the courage and commitment of comrades.

But revolutionaries determined to achieve a socialist transformation of society are gathering in this historic congress to discuss perspectives and strategy for the future work of the Marxist Tendency in Pakistan.

Three draft documents have been produced for this congress, which have been discussed by the whole membership of more than 2300 organized comrades in the various branches and areas up and down the country. These documents are: Building a revolutionary party, Pakistan Perspectives and Perspectives for the European and Arab Revolutions.

In preparation for the national congress, regional congresses were held in all the regions to discuss these draft documents and elect delegates.

On 1st January a huge meeting was held in Dadu in which around 700 comrades participated. Lal Khan was the main speaker who spoke on Pakistan Perspectives. Regional Congresses in Hyderabad and Karachi were also held in the same week.

In Lahore, the Regional Congress was held on 9th February in which nearly 100 comrades participated. The leadership of the young doctors movement also participated with revolutionary enthusiasm.

We provide here photos of some of the regional congresses which give an idea of the growth and influence of the Marxist Tendency in Pakistan in many key areas of the country. In the coming days we will provide reports on the congress that opens tomorrow.