So far, the year 2008 has been extremely successful for the International Marxist Tendency and the In Defence of Marxism website. 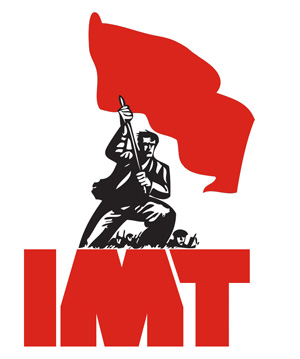 We have been providing up to date analysis about the developing economic crisis, one that the capitalist system has not seen since the 1970s and which will undoubtedly provoke revolutionary events like those of the period that was opened up by the French revolution of May 1968.

The work of the International Marxist Tendency has also taken important steps forward. There has been outstanding work of the comrades of The Struggle in Pakistan, were we have established an excellent organisation with deep roots in the working class movement which will play a key role in the revolutionary developments that have already started in that country. Their annual congress was attended this year by over 2,000 comrades, workers, peasants and youth who debated the struggle for socialism in this key country.

One of the main areas of development has been, once again, in Latin America, where the interest and audience for the genuine ideas of revolutionary Marxism have continued to grow. In February, the Esquerda Marxista group in Brazil agreed unanimously to request affiliation to our tendency. This group has deep roots in the trade union movement, the black movement, the youth and particularly in the occupied factories.

Likewise, the comrades of the Peoples Youth Block in El Salvador have just had their congress at which they voted unanimously to request affiliation to the Marxist tendency. This group has an important tradition and strong roots among the youth and in the FMLN.

In Bolivia the comrades of the International Marxist Tendency-El Militante also had their founding assembly in April and have started the work of connecting with the most advanced layers of the Bolivian workers and youth.

Once again, the Spanish Fundación F Engels was present at the Havana Book Fair this year, where the comrades held an historic presentation of Trotsky's Revolution Betrayed, the first time a book by Trotsky has officially been launched in the island.

But without a doubt, the place where the ideas of the International Marxist Tendency have had the greatest impact in the recent period is Venezuela. The Revolutionary Marxist Current (CMR) organised a speaking tour to launch the most recent book by Alan Woods, Reformism or Revolution. Marxism and Socialism of the 21st Century (a reply to Heinz Dieterich). In just three weeks, Alan Woods addressed more than 4,000 workers, peasants and youth, directly in 13 meetings, which took place in 9 states throughout the country, as well as being interviewed on national TV, reaching probably millions of other people. More than 1000 copies of the book were sold, revealing enormous interest in the ideas of Marxism amongst the advanced layers of the revolutionary activists in Venezuela.

This interest has also been shown in the increase in the visits to the In Defence of Marxism website, which has received more than 450,000 visits in the first half of the year, forcing us to upgrade our server, which has also meant increased costs. An indication of the impact of the website and our ideas is the fact that In Defence of Marxism and all of the IMT websites have been blocked in China.

All this is the result, first and foremost, of the superiority of the ideas of Marxism and the fact that these are connecting with an increasing layer of advanced workers and youth, but also of the bold way in which we have seized opportunities.

Political ideas must be complemented with the necessary material resources to carry them into practice. The Marxist tendency does not have any rich backers, but on the contrary, relies on the support from thousands of activists around the world who donate their time, money and energy to the struggle for a socialist future. Every year we launch a summer financial appeal in order to give the readers of Marxist.com an opportunity to donate to the running of this website, the best Marxist resource on the web, and at the same time help the development of the International Marxist Tendency on a world scale.