Details
In Defence of Marxism
16 November 2009 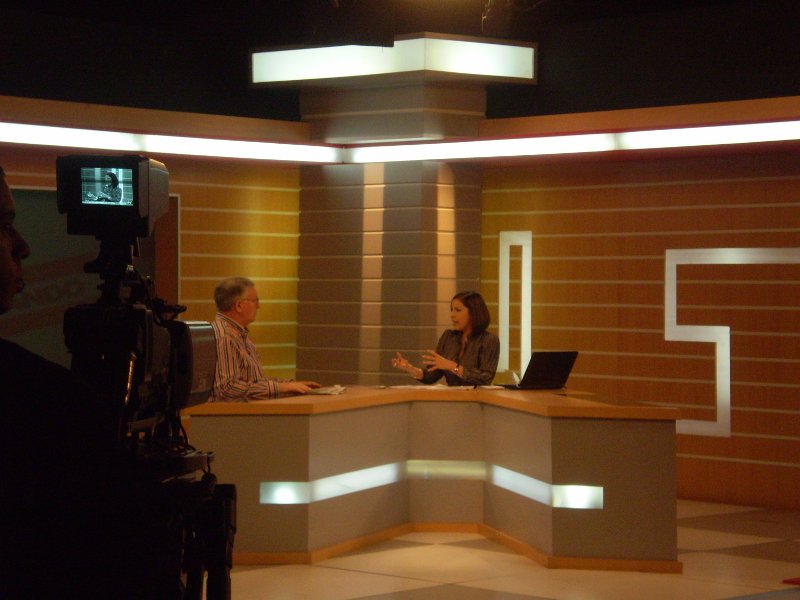 On his recent speaking tour of Venezuela, Alan Woods has been interviewed by major daily newspapers and national TV Channels, while the organ of the Colombian Communist Party is also to publish an interview with Alan, all confirming the widespread interest for the genuine ideas of Marxism.

Alan Woods' presence in Venezuela, where he is on a national speaking tour visiting 8 states, has provoked huge interest in the Venezuelan media. On Friday and Saturday, the new Bolivarian newspaper of Caracas, Ciudad CCS, carried articles on Alan Woods' visit and a review of his book Reformism or Revolution.

Ultimas Noticias, the biggest newspaper in Venezuela which is especially read by the Bolivarian rank and file, published an interview with Alan Woods in its edition of Monday 16th of November. Marxist.com will get a copy of the interview and publish it as soon as possible.

On Thursday, Alan was interviewed for the famous TV programme “Dando y Dando” on Venezolana de Televisión (VTV, also known as Channel 8). This show is being broadcast today, Monday, November 16.

The Colombian paper, La Voz, which is the organ of the Colombian Communist Party and has a wide national distribution also interviewed Alan and will be publishing the interview in a future edition.