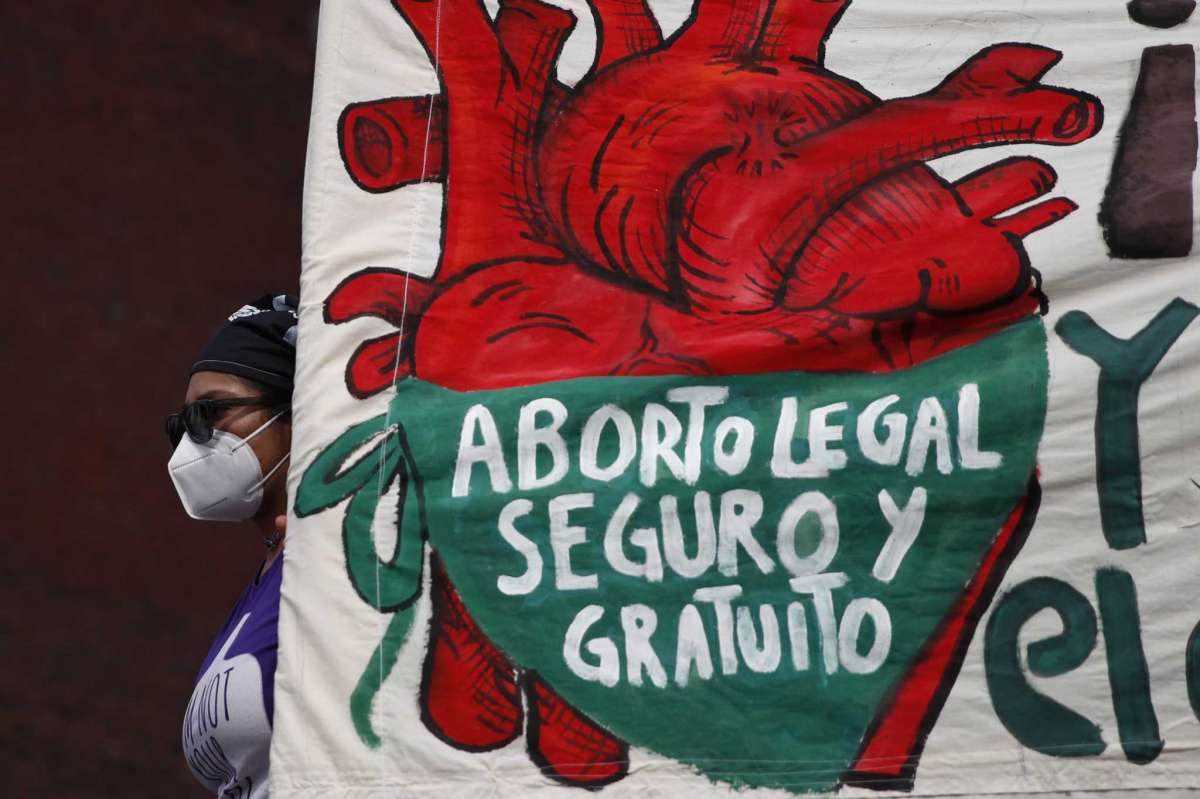 In a historic and unanimous vote by ten ministers, the Supreme Court of Mexico has declared the penalisation of women who decide to get an abortion unconstitutional. That this vote has taken place now is clearly the result of our struggle in the streets, which has made it impossible for women’s rights to be ignored any longer. Without this struggle, the vote simply never would have happened.

Read the original in Spanish here |

Echoing the arguments that have been made for years in the streets, Minister Margarita Ríos Fajart argued that as free and safe access to the voluntary termination of pregnancy is not prohibited in the Constitution, criminal law should avoid interfering with what are human rights. She added that an estimated 350,000 to one million abortions are performed each year, of which a third result in complications due to the difficulty women face in accessing medical care with proper sanitary conditions. She ended by saying that, “It is a matter of public health that the state must guarantee.”

Minister Aguilar Morales declared, “Today, the threat of imprisonment that weighed on people who decide to voluntarily interrupt their pregnancy is lifted,” and clarified that the proposal does not seek to defend the right to abortion, but rather the right of women to freely make decisions about their own lives. In Mexico, we have seen cases of women spending years in prison for having an abortion, even for having a miscarriage. Legal arguments, including the idea of “kinship homicide”, have been used to throw women in jail. With this vote, the criminal deprivation of women’s freedom must end.

Minister Fernando Franco González Salas joined those asking for article 196 of the Penal Code of Coahuila to likewise be declared invalid, and this too was included in the proposal by Minister Aguilar Morales. The resolution has therefore also eliminated article 196, which sentences women to up to three years in prison for having voluntary abortions. With this act, abortion has now been decriminalised throughout the country.

It has been a very long road since the year 2000, when a series of events made that year an important turning point in the abortion debate. The most significant of these was the ‘Paulina case’, that of a 13-year-old rape victim from Mexicali, Baja California, who filed a lawsuit with the Public Ministry, accompanied by her mother and brother. Paulina became pregnant as a result of the rape and, with the support of her mother, requested the legal abortion to which she was entitled. 34 days after such a heinous crime was committed against her, the Public Ministry issued an order to the General Hospital of Mexicali for the abortion to be performed.

Two-and-a-half months after the rape, she was admitted to the Mexicali General Hospital, where she stayed for a whole week while the director did everything possible to delay the abortion.

During this time, she was made to watch the pro-life film, The Silent Scream, and given religious lectures. Later, the Attorney General of the State of Baja California took Paulina and her mother to visit a priest, who explained that abortion is a sin and constitutes a reason for excommunication. And minutes before the scheduled procedure, the director of the hospital called Paulina’s mother aside and exaggerated the risks of the procedure, spoke to her about the possibility that her daughter would die and held her responsible for her death. He frightened her to the point of making her give up, completely violating the young woman’s human rights.

In 2007, the Legislative Assembly of Mexico City organised discussion forums with the participation of conservative and progressive organisations, as well as legal and medical experts. After an arduous process of analysis and debate to reconcile the opposing sides, and taking into account the precedent set by the Supreme Court on the matter, the United Commissions approved the decriminalisation and legalisation of abortion in Mexico City under the following terms:

Conservative groups and the Catholic hierarchy demanded a referendum and argued that life at the point of conception should prevail over the human rights of a grown woman. However, on 24 April 2007, the plenary session of the Legislative Assembly approved the reforms by 46 votes in favour.

Beyond the debates and political stances, the truth is that the reform placed Mexico City at the forefront of Latin America in the criminal treatment of abortion. The states of Oaxaca, Yucatán and Hidalgo followed this path. Today, the Supreme Court of Justice opens the door for the decriminalisation of abortion to come into force throughout the country; bringing with it an advance in women's rights.

Today we have seen a slight advance insofar as women who have an abortion and the medical personnel who help them can no longer be incarcerated. This is a class question, with low-income women losing their lives in back-alley abortions. It is a small step that opens a legal gap for the legalisation of abortion at the national level. However, there is still an arduous fight ahead, which will take time. Decriminalisation will not be enough, since that does not solve the economic, social and cultural conditions that prevent access to safe and free abortion.

Decriminalisation assures us that no woman will again be deprived of her freedom for deciding what happens to her body, which is a very important and momentous advance, but this is not enough. If, as the slogan says, the right to abortion is a matter of guaranteeing the right to health, then legislation must be brought in to ensure that all women or pregnant people can have access to abortions in health centres that have the material and personnel specialised in this practice and, of course, that it must be free of charge. Our fight for the legal right to terminate pregnancy has begun to bear fruit. We have seized an essential victory from the state through our struggle in the streets. Starting from the organisation and struggle of women, we must continue to clamour for access to this basic democratic right.

As Trotsky explained in his writings on the women’s question: “To change the situation of women from the roots will not be possible until the conditions of social and domestic life change.”

A woman must never again face imprisonment for having an abortion!

A woman must never again be allowed to die of an abortion!

For the right to free, legal termination of pregnancy nationwide now!