In February the Marxists in Faisalabad gathered to discuss the political situation in Pakistan as part of the preparations for their national conference later this month. 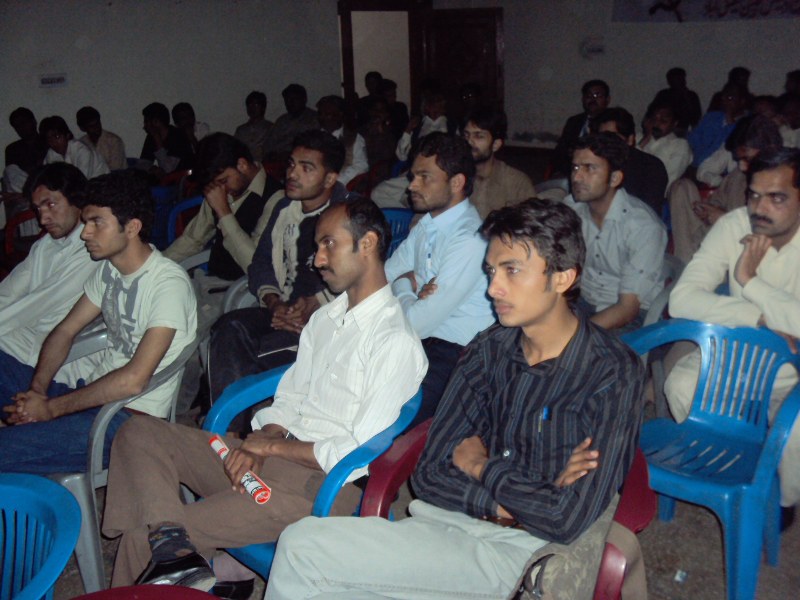 Faisalabad is one of the major industrial cities of Central Punjab (Pakistan). It is the hub of the textile industry which constitutes more than 50% of Pakistan's exports. Also it is the city that has one of the most militant and courageous working class traditions of Pakistan with a a long history of struggle against the ruling classes and oppressive oligarchy.

Under the impact of the present economic crisis most of the power loom sector is in tatters and a large number of factories have been shut down leading to an unprecedented flood of unemployment. And the present harsh conditions have made the workers of Faisalabad more radical and militant.

Under such simmering conditions the comrades of the IMT organised an area aggregate here in Faisalabad on Friday 26th February in preparation for the 2010 National Conference of The Struggle on the topic of "The present social, political and economic crisis in Pakistan and its solution". Comrade Paras was the main speaker. Around 80 comrades belonging to all walks of life were present at the meeting. There were students from the Agriculture University and other institutions, workers from the power loom sector, comrades from Habib Bank and the Railways.

Comrade Paras explained the essence of the crisis and how it started with the collapse of the banks in 2008 and how the international crisis was hitting hard the Pakistani economy which is already a dying- economy. He said that the crisis in the capitalist mode of production is badly hurting the lower strata of society and it is also pushing the majority below the poverty line on the one side while at the same time filling the coffers of minority on the other hand.

A number of questions were asked on various topics after the lead off had been given. Comrades Ismael, Ali, Ashiq (the central president of the Railway Workers' Union), comrade Umer and Manzar contributed in the session and added deeper insight into the present crisis.

At the end in his sum-up comrade Paras discussed the role of the leaders of the Stalinist parties and there past crimes when they failed to give adequate leadership to the 1968-69 movement of the masses. He stressed that this time round when a new revolutionary opportunity arises we will not give another chance to the parasites of the ruling elite to suck more blood from the body of the poor. A socialist successful revolution will be the only revenge the working class will take against all the atrocities of the ruling classes.

The programme ended with the comrades chanting revolutionary slogans. It was a memorable evening which will contribute to writing the preface of the Red Dawn in Faisalabad as well as throughout the whole of Pakistan. We shall win one day!