Details
our correspondent in Pakistan
14 March 2011

This year’s congress of The Struggle, the IMT in Pakistan, was the most successful of all the congresses held so far, with the biggest turn out ever. The conference was a special event as it marked the 30th anniversary of the founding of The Struggle. In that period, The Struggle has gone from a tiny handful of comrades to a sizable organisation with deep roots covering the whole of Pakistan. 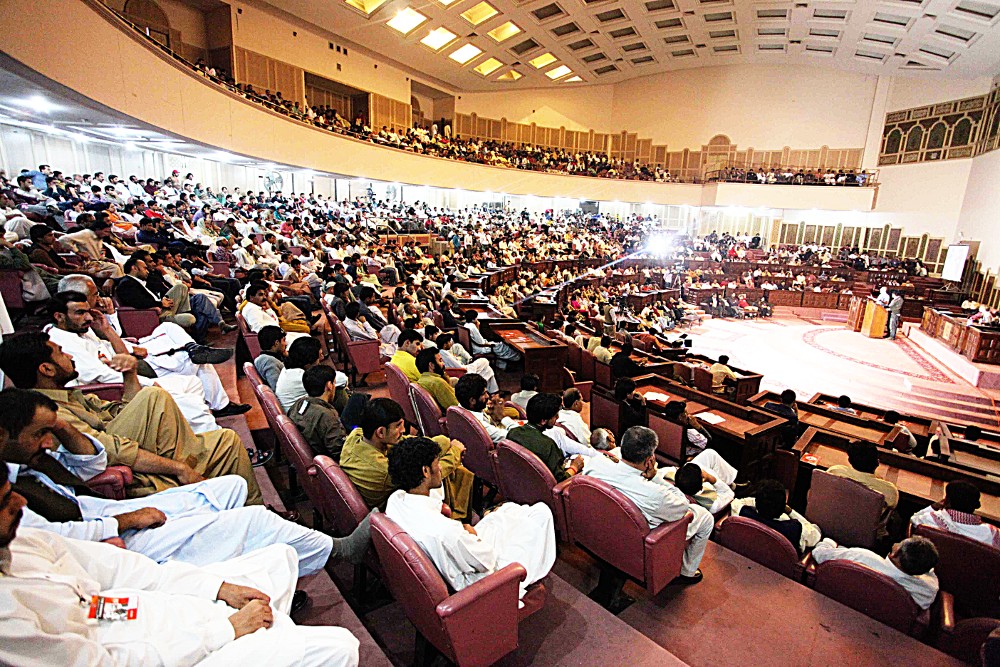 The remarkable progress of The Struggle was reflected today [March 12] in the opening of this year’s national congress which took place in the Awan-e-Iqbal Hall in the centre of Lahore. Enthusiastic chants of “Revolution! Socialist Revolution!” echoed throughout the venue as the congress hall began to fill with delegates and visitors from every corner of Pakistan.

A “red train” had arrived from Kashmir which picked up over 600 comrades along the way by the time it reached Lahore. Hundreds more delegates and visitors arrived from Sindh, Balochistan, Punjab, Khyber-Pakhtoonkhwa and the Northern areas. By the start of the congress, 2,615 delegates and visitors had registered for the event. This was the biggest attendance ever at any national congress held in Pakistan and reflected the tremendous advances of the section.

The bright spring sunshine mirrored the buoyant mood as the delegates assembled in the hall and revolutionary music filled the air. The platform was dominated by a huge portrait of Leon Trotsky, proclaiming the 30th anniversary, and emblazoned with a quotation from Trotsky, “Mankind is not yet perfect physically, naturally or spiritually, however, its completion is entirely possible in the communist future.”

Very quickly the congress hall was filled to capacity, as delegates listened enthusiastically to revolutionary poetry from comrade Moshin from South Punjab. His poetry was recited in the Saraki language, one of many languages to be used during the congress. After further applause and chanting, the congress was formally opened by Paras Jan, a leading comrade from Karachi, who gave a warm welcome to all those attending this historic event.

This was followed by the introduction of the international delegates by comrade Lal Khan. These included, with a standing ovation, comrades Anna from Switzerland, Paulette and Paul Seth from Belgium, Kazami and Saeed from Germany, Ali Wali Khan from Afghanistan and Kenny from Britain. A group of Afghan comrades attended the congress with the specific aim of establishing an IMT group in Afghanistan within the next month. 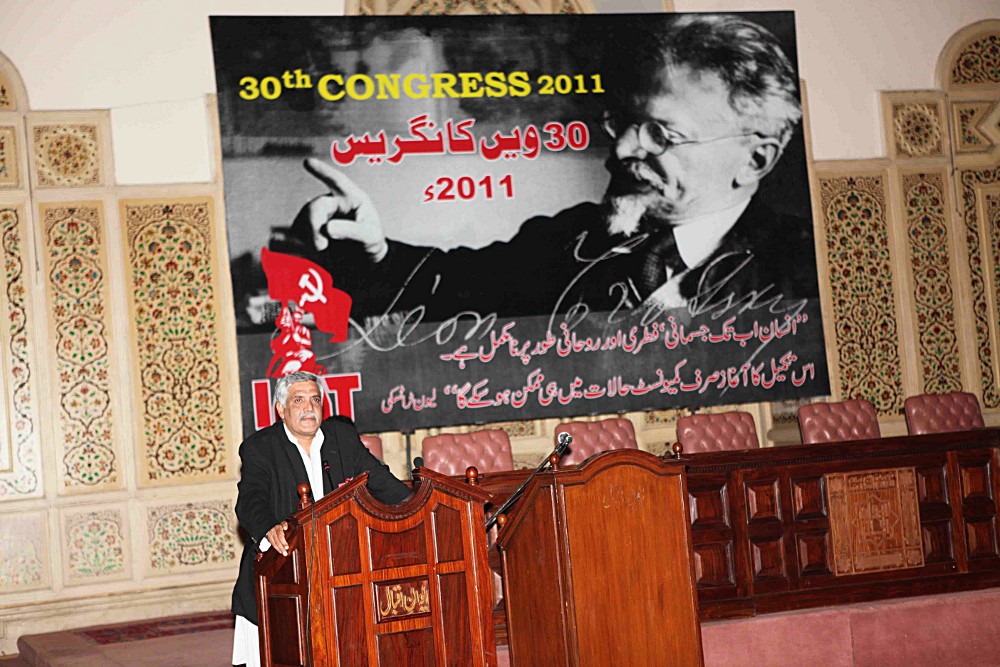 The first session was on World Perspectives with particular reference to the Arab Revolution and was introduced by Rob Sewell on behalf of the IMT. The theme of the contribution was the developing world revolution which was affecting not only North Africa and the Middle East, but having its impact even in the events in Madison in the United States. The lead off was enthusiastically received by everyone present who could feel the new situation opening up internationally including the South-Asian subcontinent.

The congress was filled with trade unionists, youth and women, who were enormously enthused by the revolutionary ideas that were expressed. This was reflected in the financial collection which was held before the break. The exact final total, which will include registration fees, will be announced as soon as it has been finalized, but it was evident that the sum collected was a record amount. Again, in a poor country like Pakistan, this is a testimony to the amazing self-sacrifice of the comrades. No other left tendency in Pakistan could match such sacrifice and organization by a long way.

The afternoon session was again opened by revolutionary slogans and the reading of revolutionary poetry. This time, the audience was captivated by the poetry of comrade Baba Najmi, a well-known Punjabi poet.

A session on Fundamentalism and the Socialist Revolution was introduced by Adam Pal. This contribution dealt with the historical roots of fundamentalism which is a reactionary ideology that attempts to undermine the struggles of the working class. A number of comrades intervened in the discussion. These included comrades Hareash from Sindh, Yasir from Kashmir, Qamar from South Punjab, and Farhad Kayani from Islamabad.

After Adam had replied to the discussion, amid heated applause, the famous singer Jawad Ahmed took to the stage to sing a number of revolutionary songs. The whole congress rose to its feet and joined in as Jawad sang the Internationale in Urdu.

This was a fitting end to a truly marvellous first day of the congress. As one veteran from the 1968 revolution said, “This event is incredible. The enthusiasm is intoxicating. The number of youth present, as well as the cross section of women is remarkable.”