Details
our correspondent in Pakistan
15 March 2011 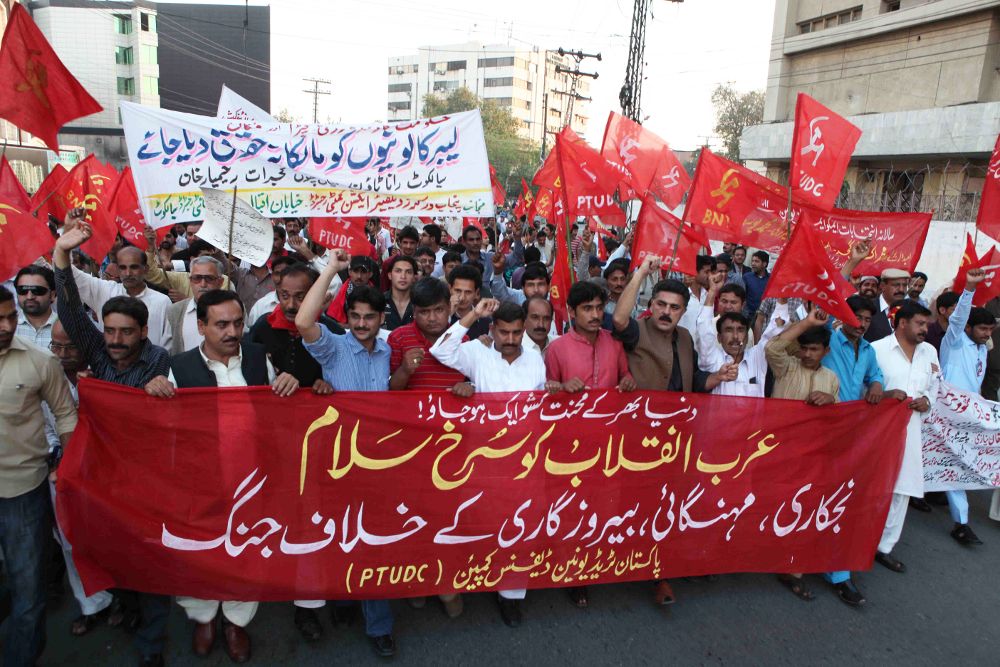 “There are so few moments of happiness in life. But I have felt happiness in this marvellous congress.” Comment on the congress of The Struggle from Karamat Ali, a veteran from the 1968 revolution. 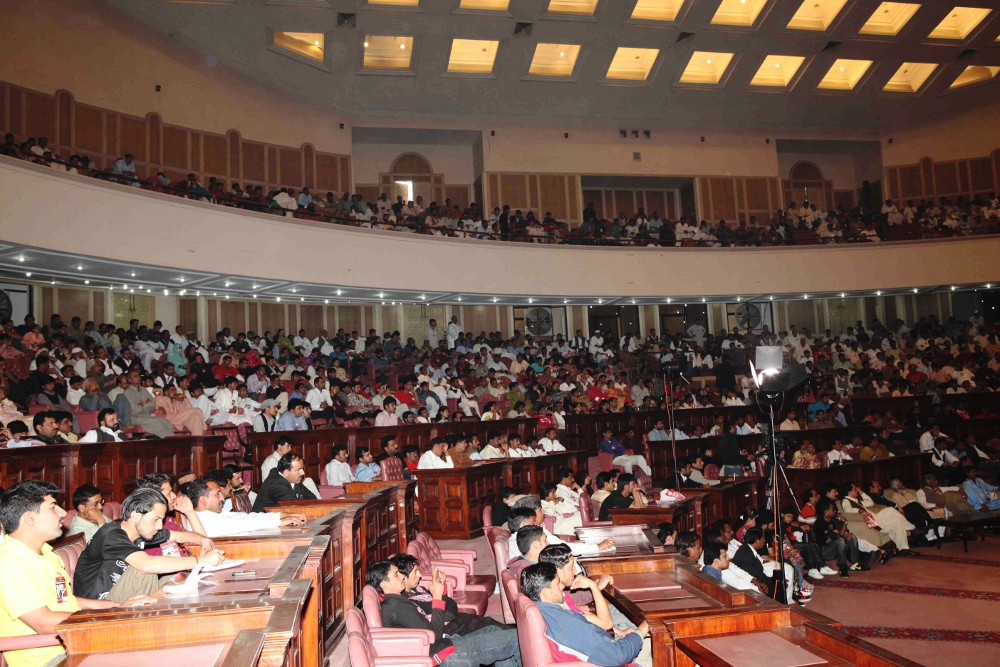 The final day of the congress of The Struggle – as we reported yesterday, the biggest in its history – was extremely eventful and continued in the jubilant mood of the previous day. On top of the record numbers attending on the first day, a further sixty trade unionists came from Lahore on the second day.

As is the tradition, the opening was preceded with revolutionary slogans being chanted from all sides of the hall. The youth from Kashmir were particularly vocal at every opportunity. “Revolution! Revolution! Socialist Revolution”, echoed throughout the hall. Once again, the packed congress reverberated with the sound of revolutionary songs and then poetry, recited by Dr Tahir Shabir.

This set the tone for the opening session on Pakistan Perspectives, which was introduced by the leader of the section, comrade Lal Khan. Before he had a chance to begin, he was met with a standing ovation from the delegates and visitors. This was followed by further revolutionary slogans, as the speaker attempted to restore order.

Eventually, the commotion settled down and Lal Khan was able to make his speech. He began by describing the international crisis that is affecting Pakistan. He then went on to detail the wretched economic situation where 70% of the market is dominated by the black economy. There is no stability in the country, which is beset by the problems of backwardness, which the degenerate Pakistani bourgeois has been incapable of solving.

He went on to attack the class collaborationist policies of the PPP leaders, which were carrying out the dictates of imperialism. However, Lal Khan stressed that The Struggle would not turn its back on the working class which regarded the PPP as its traditional mass party. “We are not going to walk out and set up our own party”, he said. “We stay and fight alongside the workers.”

The discussion which followed was very fruitful and on a high level. It involved a wide cross section of comrades, including such comrades as Ilyias Khan from Multan, who attacked the dealings of the PPP with the neo-fascist MQM in Sindh. Comrade Liaqat, the general secretary of the Bank Workers’ Union, dealt with the problem of workers in Pakistan, especially the lack of workplace rights.

Other comrades who spoke included Riaz Lund from the PPP in Karachi, Shoaib Sham, the president of the National Student Federation in Punjab, and comrade Fazleqardar, a railway workers’ leader from Khyber- Pakhtoonkhwa, who described the IMT “as a light in the darkness.” This was followed by a student comrade, Amjid Sham from the National Student Federation in Kashmir, who talked of the need for unity of students and workers “in the common struggle for the socialist revolution.”

The veteran PPP leader Ghulam Abbas also delivered a very militant speech, which received enthusiastic applause. The comrade from the PWS trade union federation, Akram Bunda, pointed to the corrupt and undemocratic nature of the PPP and how its leaders used their position to buy off former revolutionaries. Comrade Asif Bashir of the PTUDC, Rawalpindi, also spoke and was followed by Zohaib Butt, former president of the Peoples’ Student Federation, Punjab.

All the delegates who participated recognized the qualitative change in the congress compared to the past. The Struggle was clearly being built on solid foundations. The number of trade union militants present at the congress complemented the layers of enthusiastic young comrades.

The congress was extremely well organized. Not only the transport from all areas, but the accommodation in Lahore was organised like a military operation. Comrades stayed up throughout the whole of Friday night to register those attending. More than two and a half thousand people also had to be fed during the congress in large tents surrounding the venue. It was a remarkable achievement.

After lunch, there was an organizational report presented to the congress by comrade Paras Jan concerning the progress and development of The Struggle over the past twelve months. He pointed to the importance of the Pakistan section and reported that in a record number of cities comrades had organized May Day celebrations last year. He talked about the recent actions of workers at the Karachi Electricity Supply Corporation, where a number of comrades played a leading role. He then went on to describe the intervention at the strike in Pakistan International Airlines, where a number of workers were won to The Struggle.

The Central Committee slate was then presented and approved by the congress. This was followed by an international report given by Rob Sewell, who also summed up the congress.

Sit-down protest in Charring Cross road Rob commented on the record attendance and enthusiastic mood, which reflected the advances of the last period. The key question facing the comrades was one of increased growth. Revolutionary opportunities would present themselves soon and the comrades needed to be prepared.

The congress concluded with the singing of the Internationale, lead by Jawad Ahmed, as crowds of comrades waved red flags and banners. It was a fitting end to a truly marvellous congress.

Following the congress, more than 3,000 comrades and supporters gathered in a demonstration outside the Punjab Assembly Hall in solidarity with the Arab Revolution, against unemployment, price hikes and privatization. The crowd waved red flags and chanted slogans against the pro-capitalist policies of the PPP government and cried “Revolution! Revolution! Socialist Revolution!” The protesters also staged a sit-down protest in Charring Cross road and were addressed by comrade Riaz Lund and other trade unionists.