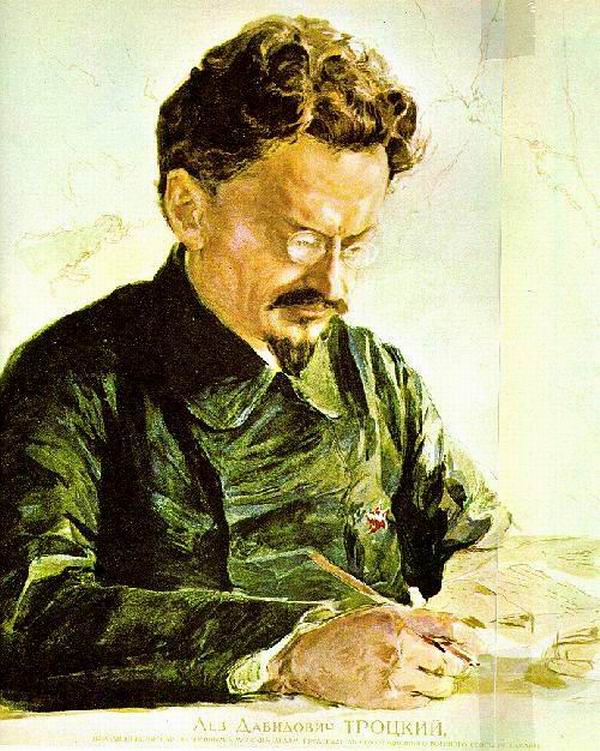 Perspectives of the upturn[1]

In the postwar period business cycles no longer constitute the normal mechanism of capitalist development, inasmuch as capitalism as a whole is in a period of decline. However, this does not signify that economic ups and downs are a thing of the past. It is true that, immediately after the War, they lost their cyclical and universal character, at least as far the recovery is concerned. Today, however both these characteristics are being revived, at least up to a certain point.

The current crisis has a worldwide character. This means that the world economy, whose functioning was interrupted by the war years, has made its way in spite of all tariff walls and in a painful form has proved its powerful reality. There is every reason to believe that the approaching reversal of the trend in the direction of a business revival – not everywhere and not with equal strength – will also assume a worldwide character. In other words, the cyclical movement of capitalism is restored in the present crisis.

Naturally we cannot expect full-blown cycles in the future. In the decades preceding the war, crises had the character of short and not too profound interruptions, while each new upswing left the peak of the previous one far below. But now we must expect the opposite: profound, long, and painful crises, while the upward movements are weak and short-lived. If the old cycles were the mechanism of a broad upward movement, the new ones can only be the mechanism of capitalist decay.

But the influence of cyclical changes on the life of masses of people remains enormous. In a certain sense it is now more far-reaching than ever before.

The present stage of capitalism more than fulfills the prerequisites for the proletarian revolution. What lags behind is the consciousness of the proletariat, its organization, its leadership. Because of the general instability of social equilibrium, the conjunctural fluctuations lead to tremendous shifts of political power, to revolutionary and counterrevolutionary disturbances.

The bourgeois world, and with it the Social Democracy, awaits the new upturn in commerce and industry as its salvation. The theoreticians of the Comintern are afraid of such a perspective and deny the possibility of an upward turn in the business-cycle curve. To us Marxists it is perfectly clear that a revival of business activity will not open a broad avenue out of the crisis, but will lead to a new, still sharper, and more painful crisis. On the other hand, the inevitability of an approaching change in the business cycle is perfectly evident to us. We must equip ourselves theoretically for the next “post-crisis period” and take a correct point of departure.

The years of crisis have thrown and are throwing the international proletariat back for a whole historical period. Discontent, the wish to escape poverty, hate for the exploiters and their system, all these emotions which are now suppressed and driven inward by frightful unemployment and governmental repression, will force their way out with redoubled energy at the first real signs of an industrial revival.

Because of the general situation of capital today, even in the event of a substantial revival, the employers will not be in a position to make the kinds of concessions to the workers which would keep the struggle within the confines of the trade unions. We can predict with certainty that the industrial revival will not allow even for a return to those conditions of labor which prevailed before the crisis. The economic conflicts will not only take on a wide scope but also inevitably expand into political movements of a revolutionary character.

The Comintern must strip off the last remnants of the theory of the “third period,” must begin to investigate concretely the economic and social terrain of the struggle, and must stop issuing dictatorial commands to the proletarian vanguard but through the latter guide the real development of the class struggle.

In very first place is work in the trade unions. Lozovsky’s “third period” as well as Manuilsky’s third period[2] must be discarded, and an end put to the policy of self-isolation. The question of restoring the unity of the German trade-union movement through the integration of all RGO[3] members into the mass of the “free trade unions” must be posed with the greatest sharpness. Every party member who can must be obligated to join a trade union.

The development of the economic struggle will place enormous tasks before the reformist bureaucracy. The exploitation of their difficulties can best be accomplished by a flexible and energetic united-front policy.

That the Left Opposition, despite its small numbers, can occupy an honorable place in the mass struggle is shown by the experience of the Belgian comrades.[4] In any case, it is the task of the Left Opposition to unfold the questions clearly before the party, to outline the general perspectives, to formulate slogans of struggle. Now, less than ever, can the Left Opposition permit itself to remain a closed propaganda circle, standing aside from the real development of the class struggle.

Every Bolshevik-Leninist must be a member of one or another mass organization, above all of a trade union. Only in this way will our organization keep its hand on the pulse of the proletariat and fulfill its role as the vanguard of the vanguard.

The American comrade, Field[5], who is familiar with the problems of the world economy, has prepared at my request the first draft of an evaluation of the immediate cyclical tendencies of the world market. The conclusions of Comrade Field are very carefully stated. Everyone who takes account of the complexity of the factors which determine changes in the business cycle will understand and approve the caution of the prognosis. The task is not to make guesses but to put the question correctly, follow the development of the facts, and draw the conclusions in time.

I request the International Secretariat to forward these lines together with the statement of Comrade Field to all the sections as discussion material. It is perfectly clear that our international conference will have to express itself on this most important question.

[1] „Perspectives of the Upturn.“ The Militant, August 12, 1933; the postscript was printed in Internal Bulletin, Communist League of America, number 4, 1932.

[2] Solomon Lozovsky (1878-1952) was in charge of the Profintern (Red International of Labour Unions). “Lozovsky’s ‘third period’” refers to ultraleft and adventurist policies in the union movement, Manuilsky’s, to similar policies on the political arena. Lozovsky was arrested and shot on Stalin’s order during an anti-Semitic campaign.

[3] RGO were the German initials of the Revolutionary Trade Union Opposition, a small union federation organized by the German Communist Party in 1929 to compete with the ADGB (General German Trade Union Federation, also called the free trade unions), the major union federation, led by the Social Democrats. At the end of 1930 the ADGB had almost five million members, the RGO fewer than 150 thousand.

[4] Leaders of the Belgian Opposition at this time were playing a leading role in a militant mine strike in Charleroi.

[5] B. J. Field had recently been expelled from the CLA in New York, and had gone to Turkey where he offered to collaborate with Trotsky on a number of projects.