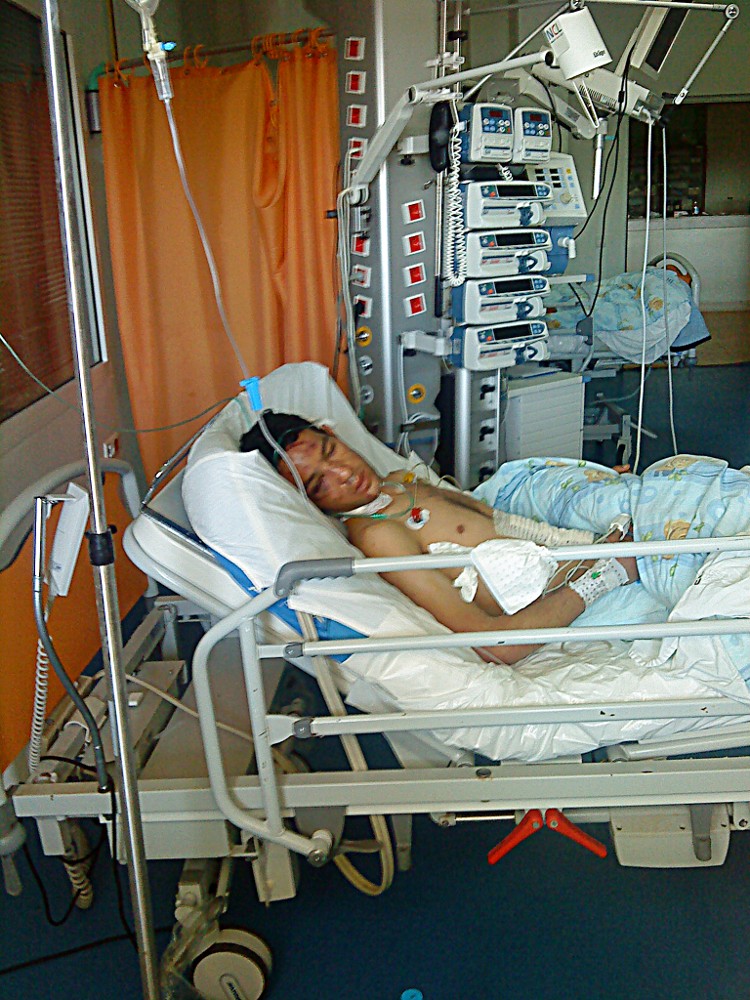 Comrade Azzouzi, a student leader of the 20F youth movement at the University of Fes in Morocco is recovering from his injuries, but is now facing severe financial difficulties due to the fact that he has been presented with a sizeable bill for the hospital care he received. Please donate to help this comrade.

Azzouzi was brutally beaten by the police after a nightly raid at the campus in the aftermath of the first Day of Rage in Morocco. As he explained, “Six or eight policemen hit me with their truncheons. I think they wanted to kill me.” Fortunately they did not succeed. After a few weeks he was able to leave hospital. He nevertheless was left with severe injuries (See Morocco: solidarity with the victims of repression!).

In his village in the Northern mountains of the Rif he was welcomed as a hero of the struggle against despotism. The police did not succeed in intimidating him. On the contrary, he is now back in the struggle and has also returned to his studies of philosophy. He participated together with other students of the university in the first Spring Marxist School.

The problem he is facing now is that due to the fact he is older than 18 years of age he is no longer covered by the social security of this father, which means that he has to pay the full price of his medical treatment out of his own pocket, which is well beyond his available income. As he comes from a poor family this financial burden is as a second punishment from the regime.

The hospital is now asking him to pay more than 8000 Dirham, which is the equivalent of around 800 Euros (or £700 sterling or US$1200). Any further medical treatment he will require will be refused if he cannot pay this sum immediately. At the university and among his comrades they have managed to collect 5000 Dirham. There thus remains a further 3000 Dh to be raised (around €300, £270 or US$450). As part of the Arab Revolution Appeal, the IMT is calling on all its supporters to donate quickly in order to cover his medical costs.