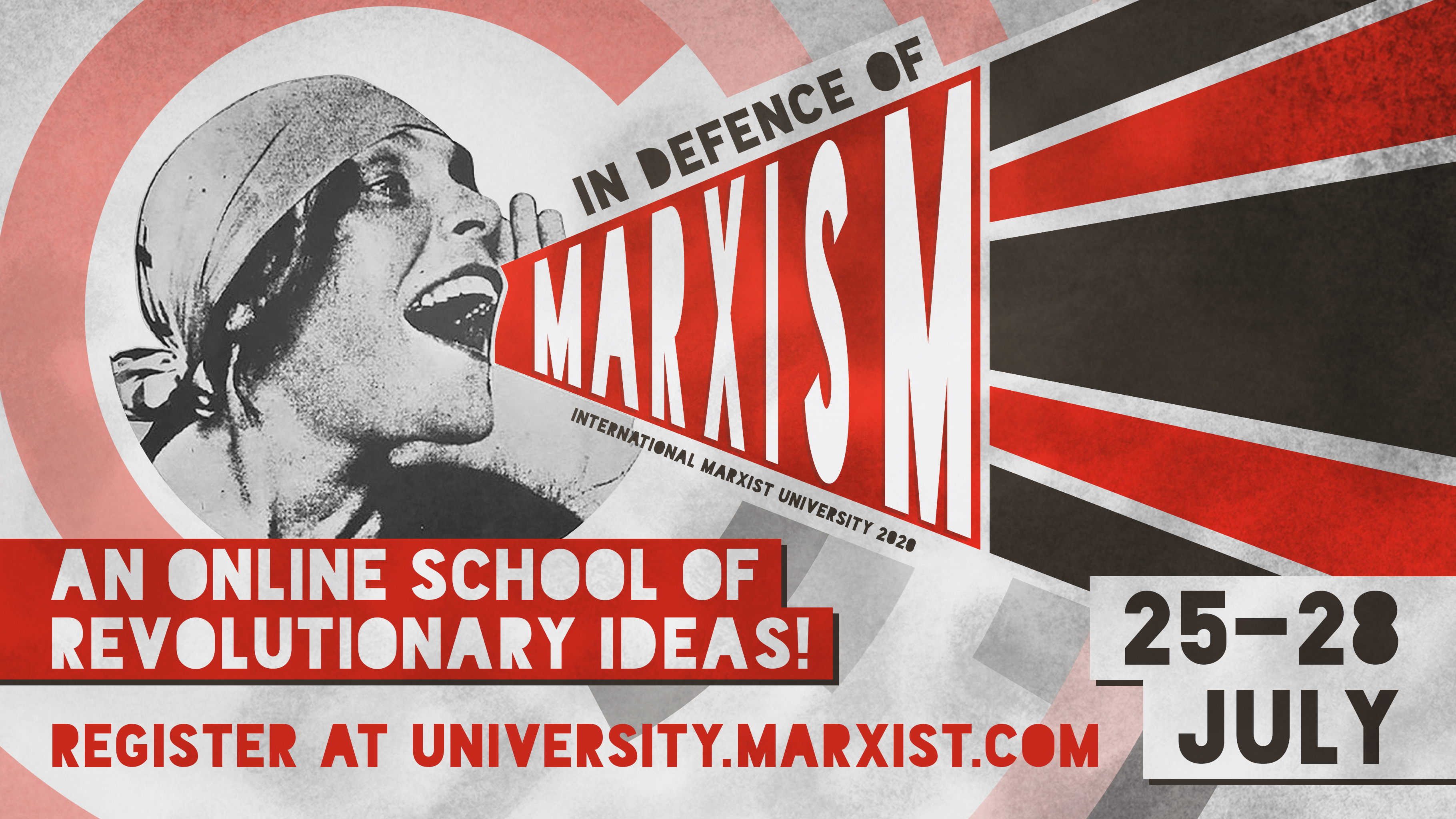 The International Marxist Tendency invites you to Marxist University 2020 – In Defence of Marxism: a four-day online school on July 25-28. The event will be devoted to defending revolutionary socialist ideas, and educating workers and youth in Marxist theory! Read more about the event, and sign up on our dedicated page: university.marxist.com!

We will host a wide range of discussions delving into various aspects of Marxist theory, demonstrating its superiority over all the reactionary, revisionist and reformist ideas that have come up against it. The event will also be dedicated to the memory of Frederick Engels, one of the two founders of Marxism, who would have been 200 years old today. The discussions will be translated into Spanish and a number of other languages for the benefit of our international audience.

We are entering one of the most tumultuous periods of human history. Capitalism, on a global scale, is at a complete impasse. It is not able to show any way forward for humanity. The coronavirus pandemic, the rise of mass unemployment and the increasing tensions between nations, reveal a system at a dead end. This system has nothing to offer the masses but pain, misery and barbarism. The insurrectionary protests throughout the US in the past few days are a reflection of this process. More than anything, they anticipate the great revolutionary class struggles which will reach every corner of the planet.

But as Lenin once said: "there can be no revolutionary movement, without revolutionary theory". For Marxists, theory is not about endless discussions concerning abstract things: it is a tool for revolutionary action. Amidst all this apparent chaos, only the theory and method of Marxism offer clarity and show the way forward for those who seek to change society. At the same time, it is equally important to wage a struggle of ideas against bourgeois ideology disseminated via the media, education systems and religious institutions of the bourgeois state.

Join us on July 25-28, educate yourself in Marxist ideas and join the struggle for socialist revolution! Click below to register for the school!