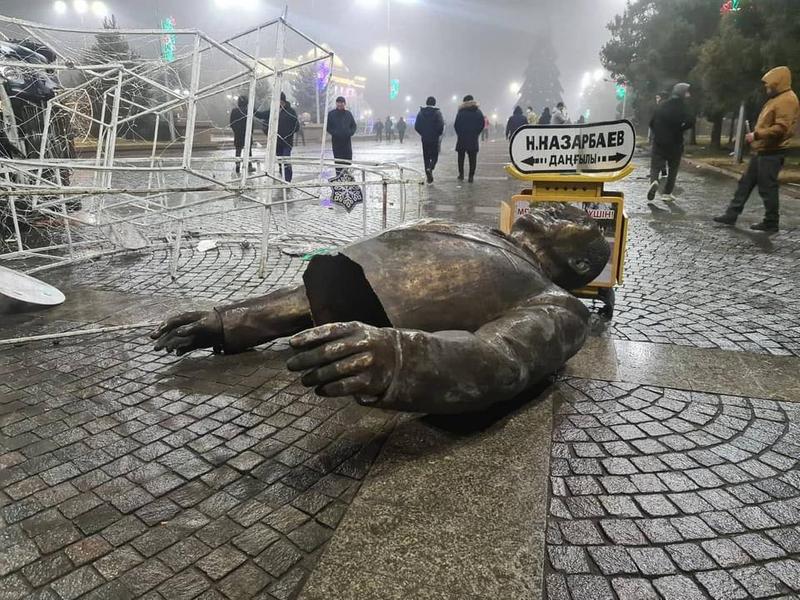 The following statement – in solidarity with the revolutionary movement in Kazakhstan and against Russian military intervention – was originally published in Russian on 6 January and signed by a number of left-wing Russian organisations. Read the original here, as well as our most recent analysis, and a statement by our correspondent in Kazakhstan.

Mass protests have been going on in Kazakhstan for several days. The uprising was triggered by the rise in the price of fuel, but it is obvious that the social explosion was caused by a number of contradictions, which had been accumulating in Kazakhstan for years. At the moment, the protesters are forming their own self-governing bodies, in some cities administrative buildings and offices of law enforcement agencies have been taken by force.

Despite the fact that the country's nominal president, Kassym-Zhomart Tokayev, tried to calm the people down by freezing gas prices and having the government resign, the protests only intensified and entered a new phase, which reflects the deep-rooted discontent with authoritarianism and bureaucratic capitalism in Kazakhstan.

The vanguard of the protest is the working class, and we are convinced that only they will be able to achieve the democratic transformation of the country, without which the struggle for freedom, democracy and socialism is impossible. Only the working people and all the progressive forces of Kazakhstan will be able to bring the revolution to its completion, without being lulled by the government’ speeches or handing over the protests to the “democratic” opposition politicians.

We stand in solidarity with the insurgent people of Kazakhstan. We demand:

The statement was signed by: