The campaign to raise donations to pay for the publication of the Indonesian edition of Revolution Betrayed was a big success, and we thank all those who took part. 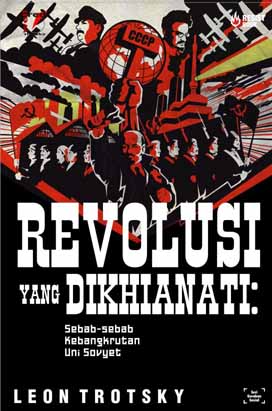 The fundraising campaign that the IMT promoted to fund the publication of Revolution Betrayed in Indonesia has been an astounding success. We have collected the much needed $1200 with donations from all over the world. Indeed, a true spirit of proletarian international solidarity!

The printing of the books has now been paid for in full. As a matter a fact, it will be officially launched in August where a number of book launch events have been organized in four cities as we speak: Jogja, Surabaya, Bandung, and Cirebon.

Wellred is committed to continuing the the publication of Trotsky’s works in Indonesia. A number of works are in the process of translation now, notably My Life which is planned to be released in 2011. We would like to thank again everyone who has made this possible.