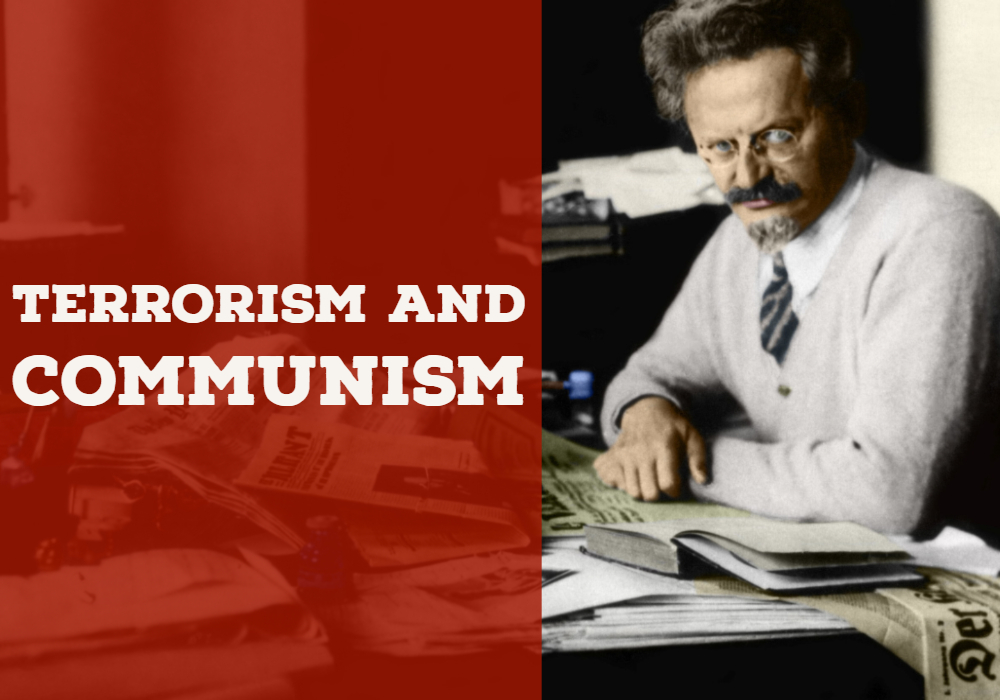 This book was written by Leon Trotsky at the height of the Russian Civil War. While it is a polemical response to German social-democrat Karl Kautsky, it is also represents the Bolshevik defence of the extraordinary means the young workers’ republic had to take in order to defend itself from the almost two dozen armies that were on its soil trying to turn back the revolution. This version keeps true to the form of the style of English used in this edition of the book, with only some spelling corrections and the contemporary title, Terrorism or Communism.