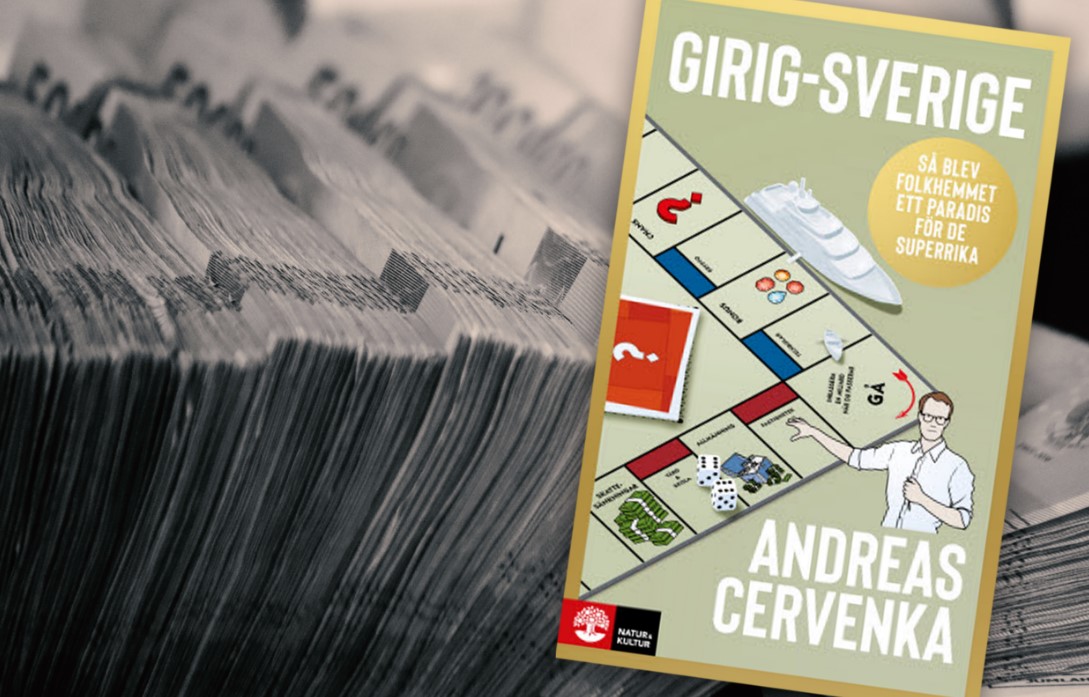 Whilst Sweden is often portrayed internationally as an egalitarian – even a ‘socialist’ country – the reality is that today it is one of the most unequal countries in the world, as demonstrated in the newly published book, ‘Sweden of the Greedy: how the welfare state became a paradise for the super-rich’. Moreover, as the recent sell-out of the Kurds reveals, the Swedish ruling class are vicious imperialists whose concern for ‘human rights’ is sheer hypocrisy.

The newly published book, ‘Sweden of the Greedy: how the welfare state became a paradise for the super-rich’, tells the story of how Sweden went from being one of the most equal countries in the world, to one with greater wealth inequality than Nigeria, the Philippines, Haiti and the United States.

If you’re looking to be convinced about the utter rottenness of Swedish capitalism, this is the book for you. In Sweden, the dollar billionaires have amassed more wealth in relation to GDP than in any other country. Nowhere on the planet are the capitalists as rich relative to the size of the economy as a whole. Unfortunately, this book offers no solution.

The author, economics journalist Andreas Cervenka, explains in detail how the super-rich got so rich in Sweden of all countries. The government and central bank have tackled all of the three latest great crises of Swedish capitalism – the crisis of the 1990s, the financial crisis, and the crisis triggered by the pandemic – with enormous relief packages and lowering of interest rates. From 2015–2019, the interest rate was even negative. Taking huge loans has been made as easy and cheap as possible.

At the same time, the politicians have done their best to make being rich as advantageous as possible. Taxes on inheritance, gifts, real estate and capital have all been scrapped, while the old system for taxation of profits and dividends has been replaced by a flat rate sum, by means of investment savings accounts. The property tax level is lower than in both Britain and the US.

The politicians responsible for implementing these changes – Social Democrats Göran Persson [prime minister from 1996 to 2006, now chairman of Swedbank], Björn Rosengren, Pär Nuder [minister of finance 2004–2006], and Conservatives Anders Borg [minister of finance 2006–2014] and Fredrik Reinfeldt [prime minister 2006–2014] – today themselves belong to the richest 0.5 percent in Sweden. The state and capital work hand in hand.

As a result the number of billionaires has skyrocketed. Sweden has gone from having 28 billionaires in 1996 to 542 today. Together they control 68 percent of the GDP, which is thirty times more than in 1996. In fact, that figure has doubled in the last two years alone.

When it comes to dollar billionaires per million inhabitants, Sweden occupies sixth place in the world – only Monaco, Saint Kitts and Nevis, Liechtenstein, Guernsey, and Hong Kong have more. With eight billionaires for every million citizens, Sweden leaves the US far behind with its mere 1.8.

According to the Gini coefficient with respect to wealth (a measure of economic equality) Sweden is the twelfth most unequal country in the world.

The billionaires have not created their fortunes by productive investment in industry – GDP per capita and productivity has been stagnant since 2007. As Marx explained, there are few avenues for profitable investment once the capitalist system finds itself in a crisis of overproduction. The crisis is precisely a result of production exceeding the capacity of markets to absorb commodities. 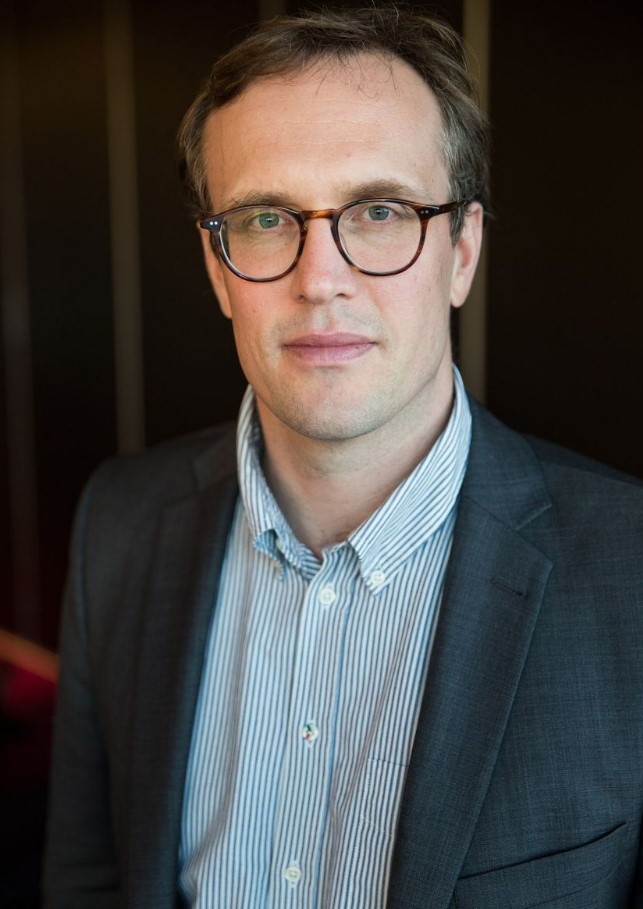 The author, economics journalist Andreas Cervenka, explains in detail how the super-rich got so rich in Sweden / Image: Rikard Westman

Cervenka calls the period following the crisis of 2008 a ‘lost decade’. Growth per capita was practically non-existent between 2007-2014, reaching a mere 0.4 percent annually for the entire period from 2007 to 2020.

On the other hand, the Nasdaq Stockholm has grown by almost 800 percent in 25 years. The stock exchange has seen excellent results exactly at a time when the real economy has been struggling. There is considerable speculation in new tech companies, which tend to be significantly overvalued both in Sweden and internationally.

At the same time, Stockholm has the second largest number of so-called ‘unicorn’ companies, i.e. unlisted startups worth more than a billion dollars. The CEO of venture capital company Social Capitals has described the world of startup companies as a huge pyramid scheme of “purchased, unprofitable and artificial growth”.

Out of Sweden’s 542 billionaires, 70 have made their fortune in real estate. However, they have hardly invested anything in the construction of sorely needed new cheap apartments. Instead, they have followed a modus operandi of:

Another lucrative market that serves to ruin the working class is inexpensive and unsecured loans, so-called ‘consumption loans’ or ‘blanco loans’. Klarna Bank has made especially large gains in this market, and is today valued higher than Swedbank, SEB and Handelsbanken. The volume of unsecured ‘blanco loans’ has increased tenfold between 2008 and 2018. They constitute only twenty percent of total Swedish debts, but due to the high interest rates they make up 50 percent of loan repayments. One in five consumer credit companies' customers end up facing the debt collector, as they are unable to afford repayments.

Finally, there is the gaming industry (casinos). This includes companies such as Evolution Gaming, which recently reached the top ten of companies trading on the Nasdaq Stockholm. It is valued at around €30 billion. Other companies that make their profits on gambling addiction include Bettson, Netent, Kindred and Leovegas.

This is how the rotten Swedish capitalist class is making its fortunes.

At the expense of the workers

While the dollar billionaires have doubled their share of the country’s wealth since 2016, the share of the poorest half of the population has shrunk from 3.2 percent to -2.4 since 2015. In other words, they now have more debts than assets.

One in three persons aged 18–29 reports that they rarely, if ever, have any money left at the end of the month, and that they have no savings that would allow them to handle even smaller unexpected expenses. In 2019, 15 percent of the population were classified as relatively poor, i.e. had an income lower than 60 percent of the median. This figure is the highest since these surveys were started.

Private debt has exploded due to skyrocketing housing prices, from 90 to 200 percent of annual income in 1996–2021. This figure puts Sweden close to the top globally. Today, total debts (private and public) is 313 percent of GDP, close to double the 2005 figure, and now surpass both the US, Italy, Britain and Spain.

Cervenka explains that the fate of the Swedish economy is today tied to that of the prices of real estate. In 2019, the central bank carried out a stress test which revealed that a reduction of the housing market to the level of 2012 would lead to SEK 771 billion in losses for the three major banks, Swedbank, Handelsbanken and Nordea. This would, in Cervenka’s words, be a “financial Armageddon”, and likely necessitate the nationalisation of one or more banks.

And now, inflation is here. This has forced the central bank to raise the interest, affecting the rest of the economy, and thus the rate of demand. The prices of houses and condominiums have started falling. SBAB recently warned of a possible 15–20 percent decrease in housing prices.

Andreas Cervenka does an excellent job in exposing Swedish capitalism, but his solution is to attempt to save capitalism from itself. His hope is that we can return to the “good old days,” with responsible capitalists and politicians, and a more restrictive central bank. But those times are in the past. What we see today is exactly what capitalism in a state of deep crisis looks like: super-rich parasites profiting on credit, speculation and gambling, an extreme wealth gap between the classes, and conditions that are making it increasingly hard for workers and youth to get by.

In an interview with the reformist, left-wing daily ETC last year, “entrepreneur” Roger Akelius – whose riches are worth SEK 85 billion – stated that the growing inequality is an “extremely dangerous situation” and added: “I am afraid of what is going to happen. Gaps of this magnitude are bound to cause severe suffering for some people. A huge frustration will build up.”

Sverker Lennheden, another Swedish billionaire, said: “Huge amounts of money were poured over us wealthy during the financial crisis of 2008. It is strange that there hasn’t been a revolution.”

Don’t you worry, Sverker, it is only a matter of time! The working class will fight back. In the words of Marx and Engels: “May the ruling classes tremble before a communist revolution. The proletarians have nothing to lose except for their chains. But they have a world to win.”