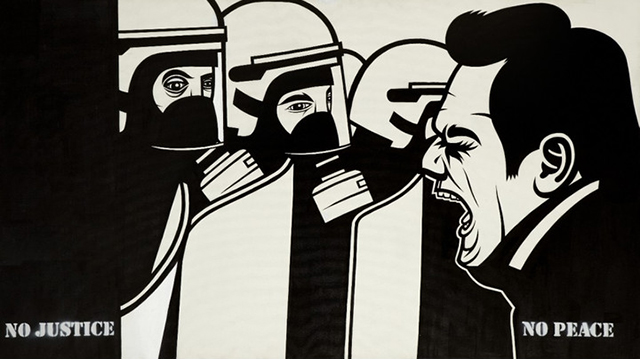 "Marxism sets out from the idea that 'force is the midwife of every old society pregnant with a new one,' that the state consists ultimately of armed bodies of men, that it is an instrument of the ruling class for the oppression of other classes." — From Marxism and the StateLike money, the state is something we are all very familiar with and take for granted, but its real essence tends to elude us. The ideologists of capitalism have tried, in various ways, to justify the capitalist state as supremely rational; a neutral arbiter for society, and the embodiment of justice. For Marxists, the state is not at all neutral, nor just. It is certainly anything but rational. We must strip the vale of mysticism away and reveal the state’s real basis. To do that, we have to treat the state historically - taking in its origins, rise, and eventual fall.

The state has not always existed. It is inseparable from class society. Ultimately, it is the instrument for the ruling class to oppress and hold down the masses, guaranteeing the status quo and the sanctity of property. Although the modern state performs many other functions, these are secondary to its real basis - the protection of a set of property relations. To do this, it needs “armed bodies of men” and a monopoly on the use of violence. To establish socialism, it will not be possible for the working class to use the state as it currently exists - that is, with the same network of judges, heads of police and army etc.