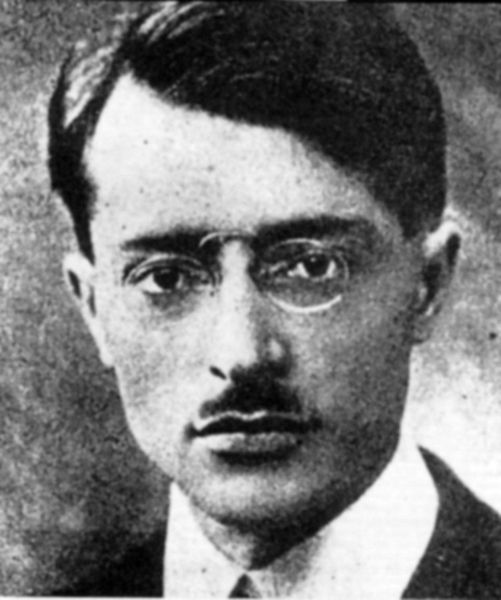 In Italy under Mussolini, formally speaking, there were “trade unions”. However, they were state-run unions, i.e. instruments of the state. One therefore should not confuse these “unions” with genuine trade unions. Yet, in spite of this, Communists worked successfully inside them.

Were these really “trade unions”? Anyone who has the slightest knowledge of how these so-called unions operated would draw the conclusion that they were not unions at all, but instruments of the state.

Togliatti, the Stalinist leader of the PCI (Italian Communist Party) in the 1930s and through to the 1960s when he died, gave a series of lectures for underground Italian Communists. In these he made the following correct point about Fascism and the trade unions:

“Fascism has posed itself the problem of directly influencing strata of workers – factory workers, farm laborers, etc., ‑ and of tying them to itself in an organisational form… Only Italian fascism (and other fascisms) presents the problem of creating a national trade-union organisation as a necessary instrument in the hands of reaction.”

It was clear to all Italian Communists, even of the Stalinist variation, that these trade unions were not genuine unions, in the sense that they were not organisations that workers freely joined and could use to organise strikes and so on. That does not mean that workers did not participate in them or that they did not try to use them, within limits, to gain some benefit.

“This is proof of the exactness of the Leninist affirmation that any mass organisation of workers, even the most reactionary one, inevitably becomes a theatre of class struggle, a springboard for class struggle.

“This is our point of departure in setting our tactics for working inside the fascist unions.” [Emphasis in the original].

This approach of the Italian Communists was correct. In a totalitarian dictatorship, where no free association of workers was possible, workers would attempt to use such structures to try and improve their wages and conditions.

The fascist regime in that period had been forced by the world crisis of capitalism to massively intervene in the running of the economy (which we explain elsewhere in The role of the State in the Italian economy in the 1930s and beyond); this was the beginning of the “corporatist” period of fascism, in which the regime in supporting the ailing capitalist economy required an instrument to control the workers. Thus the “unions” were in fact instruments of class collaboration, rather than class conflict.

As part of this process the regime passed a law on the trade unions in September 1934. This law “recognised” the unions and gave them the task of negotiating and concluding labour contracts. Prior to this law all “trade union” officials were nominated from above; now they were “elected” by meetings of the membership. This was a necessary concession, as the regime was attempting the give the workers the feeling that these “unions” belonged to the workers.

In some parts of Italy this led to “union” meetings taking place, to which many workers went seeking a solution to their problems. This opened up an avenue of work for the underground structures of the PCI, which directed its members to take part in these meetings and put demands on the union. For example, the idea was raised of calling for the election of a union dues collector, and from this then to raise the idea of electing shop stewards.

These unions were successfully used by workers in some cases to gain some improvement in their working conditions. The regime had to allow some concessions; otherwise the already low credibility of these unions would have disappeared altogether.

The real essence of the fascist regime, however, becomes apparent from one statistic: in the period that Mussolini was in power (1922-1943) overall real wages of workers fell by 25%! And once the regime collapsed, these so-called “unions” collapsed with it and the workers rebuilt their traditional, pre-fascist, trade unions, with the CGIL growing from nothing to a force of five million.

In Spain the Communist Party also correctly worked within the state-sponsored “unions”, in spite of its overall Stalinist orientation. And from this work emerged a genuine trade union, the Workers’ Commissions (Comisiones Obreras), once the Franco dictatorship fell. To this day the Workers’ Commissions are one of the two major union confederations in Spain.

These experiences have some important lessons today for Marxists working in countries still governed by totalitarian dictatorships where such state-run unions exist. However, while we recognise the need, in fact the obligation, to work in such unions, from this it does not flow that we recognise these organisations as genuine trade unions.