Details
In Defence of Marxism
21 September 2020 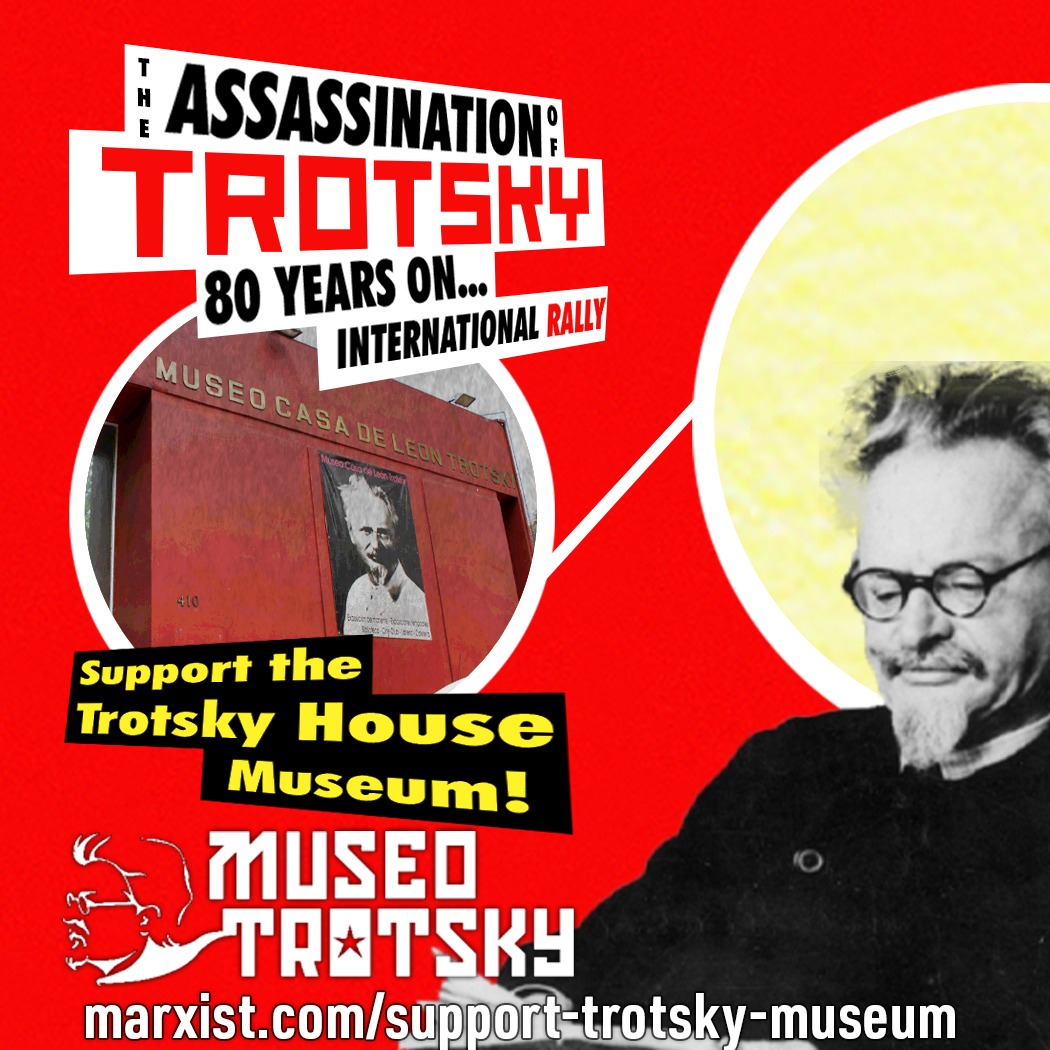 Over €10,000 has been raised in the appeal to help the Trotsky Museum in Mexico, which was launched on 20 August during the commemoration of the 80th anniversary of the assassination of Leon Trotsky.

The Leon Trotsky House Museum in Coyoacan, Mexico City, is a unique institution dedicated to preserving the legacy of the great Russian revolutionary. This is the house where Trotsky lived and worked in the last years of his life, with his wife Natalia and his grandson Esteban, until his assassination in 1940.

As we wrote in the original appeal, because of the coronavirus, the Trotsky House Museum has had to close its doors to the public since March this year. This has deprived the museum of revenues from ticket sales, the cafeteria and the giftshop. The future of the museum is in jeopardy. We have received an appeal (see below) from Trotsky’s grandson, Esteban Volkov, who is also the General Director of the museum.

On 28 August, we transferred €7,700 that had been raised through donations from comrades and supporters all over the world. On 17 September, a further €2,300 was sent, for a total so far of €10,000. On behalf of Estaban Volkov, we would like to thank all those who have contributed.

The campaign has not finished yet and we intend to keep it open until the end of the month. We ask all our readers to circulate the appeal widely and donate generously so that we can ensure the museum remains open.