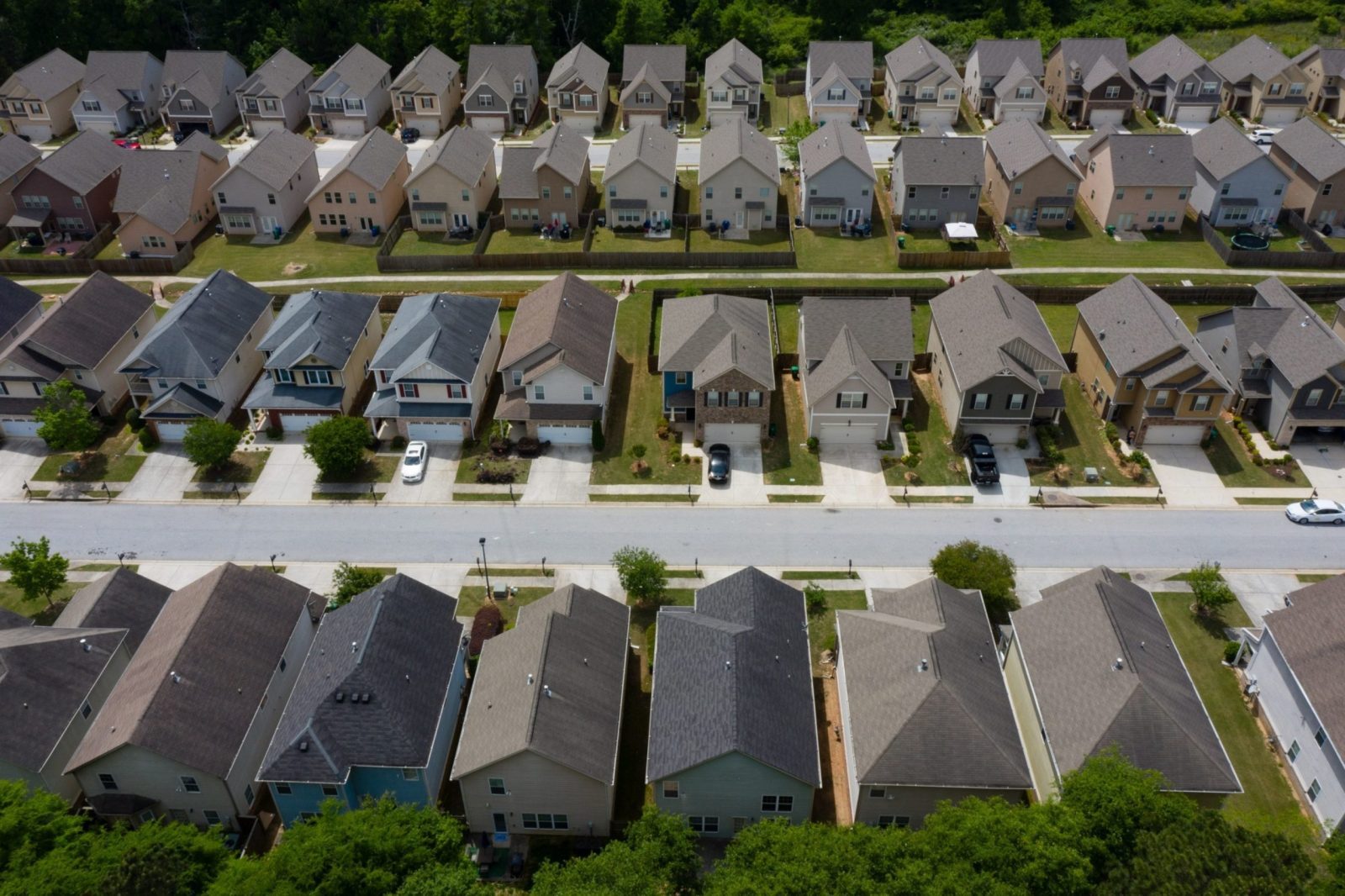 Under pressure from the big landlords, the Supreme Court has nullified an extended moratorium on evictions, implemented in the interest of slowing the spread of COVID. Some seven million Americans are behind on rent and millions of working-class families now face a tsunami of evictions. What does all of this mean for the longstanding crisis of housing in the richest country on earth?

The institution of American homeownership played an essential role in tethering millions of workers to capitalism during the post-World War II economic expansion. This was particularly true in the case of higher-income wage earners and veterans who benefited from the G.I. Bill of Rights. With relatively affordable prices and government subsidies specifically offered to white workers, millions of renters became new homeowners, attaining some level of “net worth” for the first time. 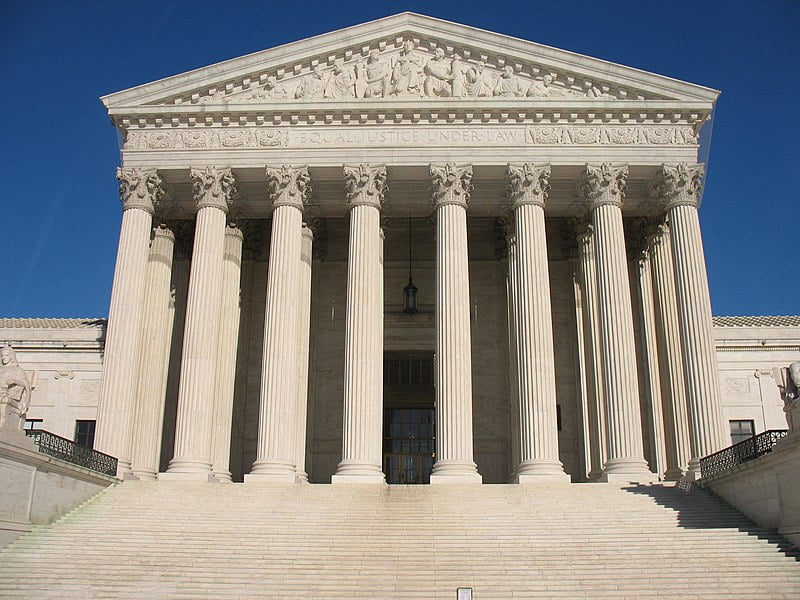 Under pressure from the big landlords, the Supreme Court nullified an extended moratorium on evictions / Image: Kjetil Ree, Wikimedia Commons

Small-scale landlordism became a common aspiration for workers with secure enough incomes to save for multiple down payments, allowing some to leave the ranks of the working class entirely. But the position of this layer of the American “middle class”—rooted in the ownership of residential property—was always precarious, and has unraveled as the crisis of the system deepens.

Today, as the cost of housing in the United States rises at the fastest rate in 30 years, a colossal concentration in housing is underway, accelerated by the pandemic-triggered economic collapse of 2020. Housing is now unaffordable for tens of millions of US workers, and homeownership is all but a luxury good in most parts of the country. Large financial firms are eating up increasing amounts of the housing stock, driving prices to new levels. As reported in the Wall Street Journal, “limited housing supply, low rates, a global reach for yield, and what we’re calling the institutionalization of real-estate investors has set the stage for another speculative investor-driven home price bubble.”

The American capitalists are cheering this on, with Bloomberg arguing that “America Should Become a Nation of Renters,” praising what they call “the liquefaction of the US housing market.” This liquefaction is forcing new numbers of workers to rent, at a time when rental profits are increasingly captured by investors—the big bourgeoisie and the financial firms that manage their assets.

Acquisitions of foreclosed homes by large investors first accelerated soon after the Great Recession. Initially, the crisis increased the number of small landlords. A study of US landlords in 2016 found a significant rise in the number of taxpayers reporting rental income after the 2008 crisis, when “many folks took advantage of the glut of foreclosed single-family properties being sold at low values.” This allowed many of these new landlords to receive “passive income” throughout the tepid recovery, while dispossessed homeowners had their housing payments funneled into the pockets of their landlords as rent. This process served to dislodge single family homes from the single families that had once owned them. However, once these homes were thrown into the rental arena, market forces took effect, consolidating properties in the hands of larger and larger owners, separating a segment of those new small landlords from the passive income they had recently captured.

In July of this year, the Journal of Urban History published a rigorous academic study by Brett Christophers analyzing the economic factors at play in the resulting consolidation. Soon after the 2008 crisis, major investment firms began acquiring large blocks of homes at foreclosure auctions; in October 2012, investment interests consumed an estimated 20% of all home purchases. By the end of this period, a small number of large investors, led by the Blackstone Group, controlled tens of thousands of properties each in metro areas across the country.

The consolidation was aided by efficiencies of scale at several points. The foreclosure wave put large quantities of similar properties up for sale at the same time, allowing them to be purchased in blocks, using concentrated cash reserves acquired from previous decades of monopoly activity. The geographic concentration of these units then allowed these large firms to exert a monopolistic power on local rents, driving up the value of their properties and powering even more purchases.

After the Obama-Trump recovery consolidated institutional investors as the new landlords for a massive segment of renters, the 2020 economic crisis intervened again to concentrate the market even further. With the largest disruption to employment in history, the ability for many workers to pay rent effectively collapsed overnight. While the limited government response offered significant support for landlords, many small landlords still dipped into savings and sold properties in response to their disappeared rental income. 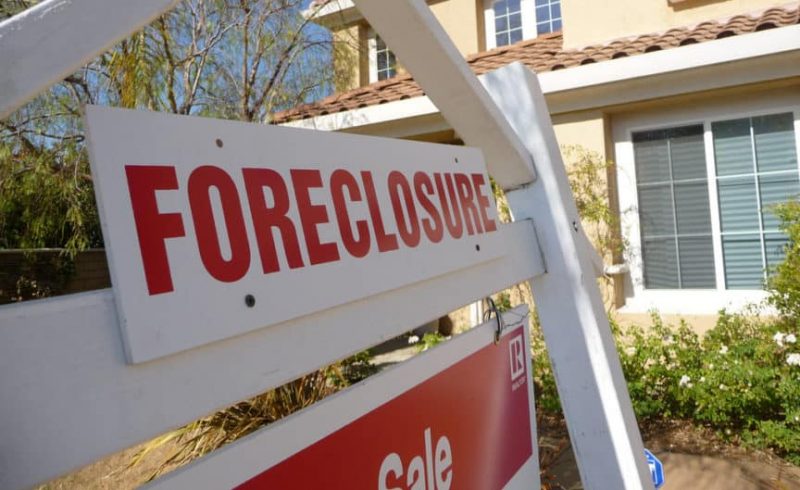 After the 2008 crisis, landlords took advantage of the glut of foreclosed single-family homes being sold at low values. Now homeownership is all but a luxury good for most workers / Image: phlcouncil.com

On the other hand, the survival of the institutional landlords was never really in question. The stimulus support simply subsidized their acquisition of even more market share. Housing everywhere is sliding into the hands of those with extra cash, and as the crisis deepens, the threshold for “enough cash” gets higher and higher, primarily benefiting the same monopolists who have capitalized on every other element of the ongoing economic crisis. The Supreme Court decision to overturn the eviction moratorium will likely accelerate this process. While there is no auxiliary army of renters available to immediately take over these leases, a new wave of evictions will allow small landlords to unload even more properties to the large real estate interests who have been waiting for this development. Without a revolutionary change, the next wave of crisis is likely to be even worse.

There are advantages to increased concentration and coordination of housing. As just one example, the struggle to mitigate climate change will require huge, coordinated shifts in living patterns that will benefit from centralized planning and execution. But capitalism isn’t structured to do this in a healthy and sustainable way. The ongoing consolidation of housing promises only to destabilize the living conditions for millions of workers while injecting new fungible assets into the market.

Quality, affordable housing should be a right for everyone, yet this is impossible in a system based on profit making and economic concentration. Instead of foreclosures driving new rounds of private concentration, the IMT calls for the nationalization of foreclosed and vacant homes, to be allocated to those in need, as part of a voluntary socialized plan for housing, operated under democratic public control. In the final analysis, only the revolutionary overthrow of capitalism and the establishment of a socialist workers’ government can resolve the housing crisis in the interests of the majority.