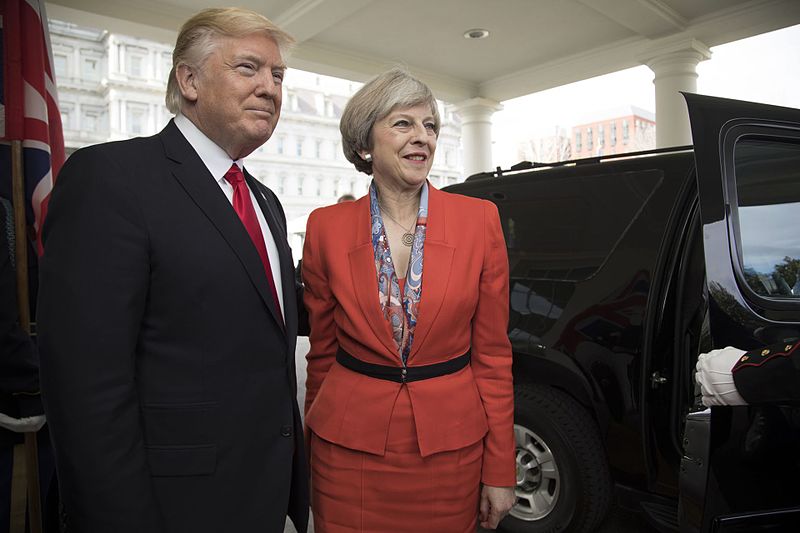 Alan Woods, editor of In Defence of Marxism, comments on President Trump's recent state visit to Britain. With Theresa May stepping down, Tory leadership contenders have made a lot of noise about how Britain will 'reclaim sovereignty' and 'take back control' after Brexit. But the events surrounding Trump's visit expose this as a complete charade. Far from achieving a favourable trade deal with the USA, the Tory government is preparing the ground for American big business to sweep in and pick at whatever scraps are left of the British economy after Brexit.

The NHS is "on the table"; regulations on food quality are under threat; and no doubt environmental standards and workers' conditions will be attacked too in order to reach a deal. This, then, is the real nature of the so-called "special relationship" between Britain and America: the relationship between a servant and his master. Trump says 'jump', and the Tories ask 'how high?' Instead of this craven fawning, we need a socialist Labour government that will stand up to the demands of the imperialists and capitalists, and instead unite with workers and youth across the world.