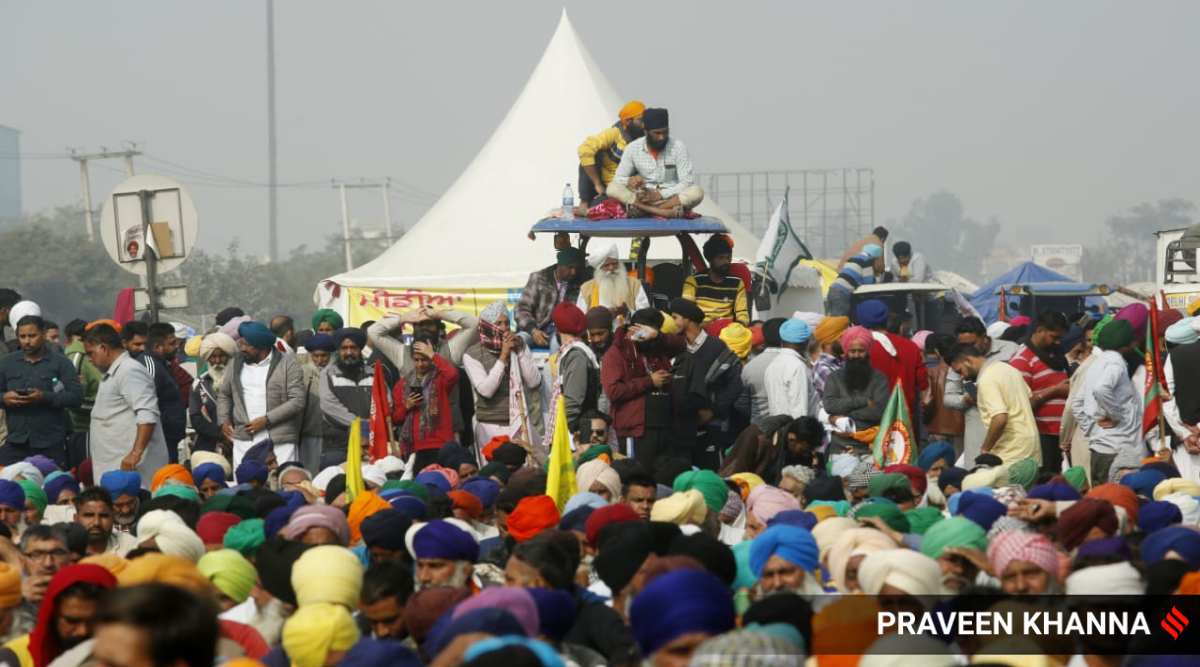 On November 26, nearly 250 million workers participated in a strike in urban and rural areas all over India. The strike, called by the ten central trade unions, was the fifth in the six years since Modi ascended to power.

Participation in the strike in most Indian states has been huge. Towns and cities in and around the Delhi area have seen particularly large numbers, and states such as Kerala, West Bengal and Tirupura have come to a complete standstill, with transport, banking and all public services being affected by the strike. Strikers have also organised a bandh (a complete shutdown) in the state of Assam.

There have been rallies, demonstrations and mass campaigns across the country in preparation for the strike, with workers defying police barricades to fight state repression. This has led to activists being widely detained in states such as Haryana and Andhra Pradesh. In Orissa, the state government invoked ESMA (the Essential Services Maintenance Act) to detain the workers and activists, but state repression hasn't stopped workers in the region from participating in protests and rallies. In Andhra Pradesh and Bihar the general strike has been highly successful, with similar strikes also developing in Chhattisgarh and Jharkhand among farmers, government employees and road transport workers. In Tamil Nadu thirteen districts were shut down due to cyclone Nivar, limiting participation in the strikes, but thousands of workers participated in other districts of the state, defying police repression.

Participation in the strike has come from vast numbers of workers in various sectors and industries: banking, insurance, telecommunications, coal, forestry, defense and sanitation, as well as large numbers of workers in the private sector. The coal industry in India has been completely shut down by the strike, with 80% of coal production affected. Electricity workers have also participated in the strike in significant numbers. Apart from this, government workers in organisations such as the Association for Social and Health Advancement (ASHA) and Anganwadi (a child-care service in rural areas) participated in the strike. Around 20,000 Anganwadi workers in Punjab participated in the strike, risking arrest. Plantations workers, coir (coconut fibre) farm workers, construction workers, unorganized workers, head-load workers (e.g. couriers) and shop workers all over India have participated in the strike. Reports say the strike was held in 12,500 workplaces in cities, towns, villages and power plants in 615 districts across the country. There has also been massive participation from central and state government employees, with long-term government workers protesting in public sector unions. Overall, the strike has almost completely shut down state-run organisations, known as Public Sector Undertakings (PSU), with even pensioners' unions participating in the strike. Contract workers also participated in these strikes, including nearly 35 million transport workers participated from across the country. Road transport workers in Kerala, Bengal, Tirupura joined strikers, despite threats of disciplinary action, alongside large numbers of railway employees from all over the country. Workers at the Salem Steel Plant, Vizag Steel Plant, Madras Rubber Factory, Textile plants in Tirupur, Ashok Leyland automobile plants and a number of other factories have been participating in the strike in vast numbers, despite threats from management.

The strike was called by a joint forum of ten trade unions against the introduction of various measures including the amendment of labour laws, curtailment of labour rights in work places, the increasing of the working day from eight to twelve hours and the casualisation of the workforce through fixed-term employment contracts. In addition, the government wants to introduce a national minimum wage (rather than varying the minimum for the different sectors of national industry) and introduce the widespread privatisation of the sectors including the railways, defence, banking, insurance, oil refining and electricity.

The charter of demands of the general strike include cash transfer of Rs 7,500 per month for all non-income tax paying families and 10 kg free ration per person per month to all needy. The unions also demanded for expansion of MGNREGA (rural employment guarantee scheme) to provide 200 days' work in a year in rural areas at enhanced wages and also extension of the employment guarantee to urban areas.

Even before the general strike there have been similar protests during the pandemic, involving nearly twenty million workers. A month-long series of campaigns and rallies have been held in all states by the main trade unions in support of the November 26 strike. There has been a militant mood among workers, with the rising severity of India's Covid-19 crisis not preventing the working class from mobilising in large numbers. Students and workers make up the majority of these protests, issuing pamphlets against the Modi regime. The supporters of the IMT in India have produced and issued pamphlets during these demonstrations, calling for the working class to take political power on a socialist programme and calling for an indefinite strike; the only solution for the working class.

The Modi regime has been trying to divert the revolutionary anger of masses through sectarian, national, caste and religious tensions / Image: Пресс служба Президента Российской Федерации

In rural areas the farmers' wings of India's communist parties and agricultural labour organisations, such as the All India Kisan Sangharsh Coordination Committee (AIKSCC) participated in the November 26 protest. In Jantar Matar, several of these student and trade union activists were prevented from protesting and were later detained by the Delhi police.

The farmers' strike against the governments' pro-corporate Farm Bills in November coincided with the strike of the workers. Delhi has now been encircled from all directions by farmers' protests . Nearly ten million farmers from the states of Haryana, Punjab, Rajasthan and Uttar Pradesh have blocked entry to the city, camping at Delhi's borders. They have been forced to brave the cold winds, barricades, water cannons and tear gas of the police and paramilitary troops, but the march has so far defied all the obstacles presented by the state. They have also refused the government's offer to move their protests to the Burari area (central Delhi), calling it an open jail, instead carrying out their protests at the entry points into the city. The protests have so far continued for more than a week, with talks between the Modi government and farmers' unions having failed. The farmers' unions have not backed-down on their demands for the withdrawal of agricultural laws. The farmers' unions have instead called for a bharat bandh (a complete shutdown of the country) on December 8. The joint platform of trade unions has also extended their support to the bandh called by farmers unions. Parliamentary ministers such as Amarinder Singh, fearing the protestors have started voicing concerns of national security, have asked the Modi government to resolve the situation as soon as possible. The peasants and workers must oppose these attempts to weaken the strike.

The movement that we are witnessing is of immense proportions. This is a reflection of the enormous attacks that living standards have come under during the Modi presidency. This year, matters have only been made worse, compounded by the Coronavirus pandemic. In the first and second quarter of this year, the economy contracted 24% and 7.5% respectively. Unemployment has shot up, while purchasing power has gone down. There has been increasing attacks on workers' rights. All sectors of the economy; education, health, agriculture, forestry, defence, insurance, banking, railways and many more have been opened for privatisation and corporate plunder. The amendments of labour laws will increase the exploitation of the working class for the purpose of increasing corporate profits. It would only enrich the pockets of big corporatations like Adani and Ambani. The anti-working class National Education Policy, Environment Impact Assessment act (EIA), labour code and agricultural laws, as well as the Citizenship Amendment Act (CAA) have led to anger at an unprecedented level.

The Modi regime has been trying to divert the revolutionary anger of masses through sectarian, national, caste and religious tensions. It will try to divide the working class on these lines. The Covid-19 pandemic has accelerated capitalist crisis both nationally and internationally, but the ruling class' only solution to the capitalist crisis has been to further their attacks on the working class. The workers' one-day general strike, followed by farmers' indefinite strike and their protests have put Modi's right-wing government into crisis. It has given renewed energy to the workers across India after the Covid-19 pandemic. After November 26 there has been solidarity protests in support of farmers' and workers' demands all over the country. At this juncture, a call for an indefinite workers' strike by the trade unions would be revolutionary and would bring further impetus to the farmers' struggle. We should firmly argue among workers for an indefinite general workers strike to fulfill the farmers' and workers' demands. The protests should call for the resignation of the anti-worker, anti-peasant Modi government. In India, only the taking of power by the working class, with the support of the peasants, on a socialist basis can resolve capitalist exploitation and the misery caused by the Modi regime.