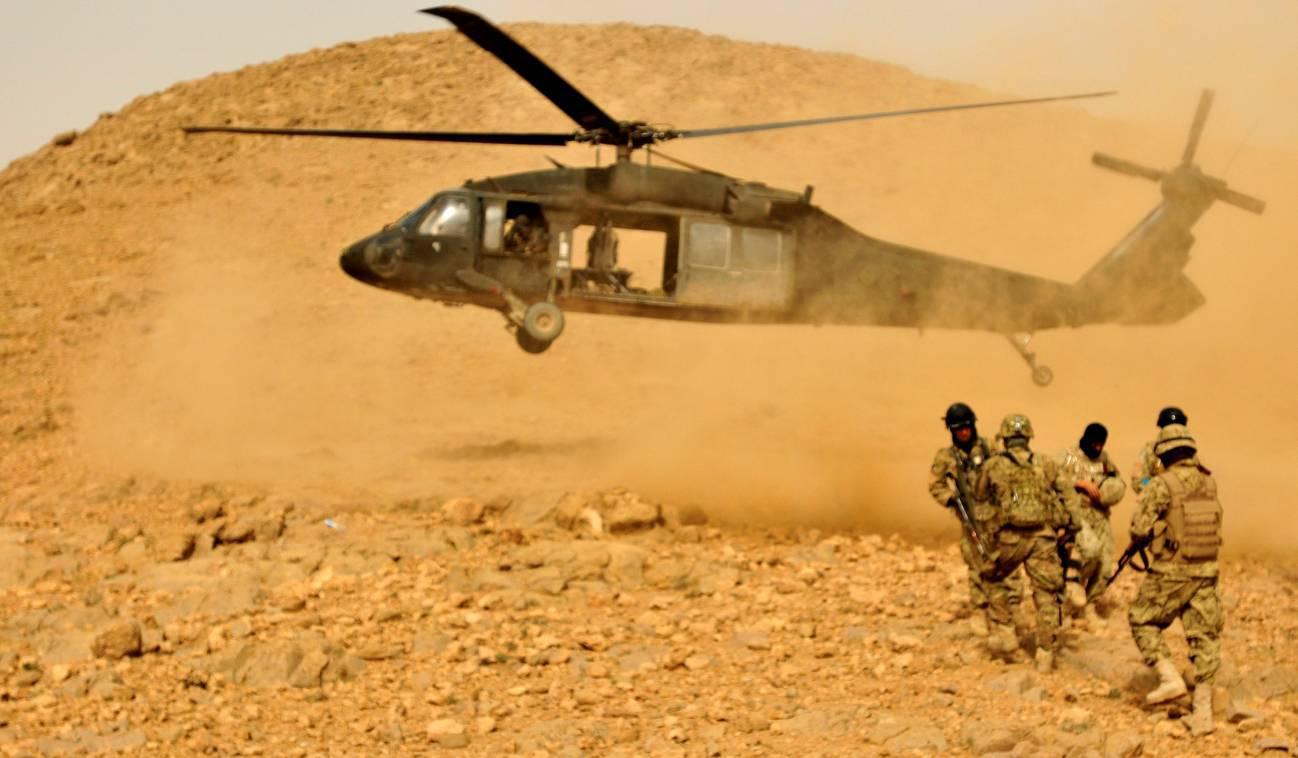 Taliban forces are seizing swathes of territory in a countrywide offensive, as US troops withdraw from Afghanistan. It has been predicted that the puppet regime in Kabul, installed by US imperialism and its allies, could fall within a month.

Meanwhile, the people of Afghanistan face the imminent prospect of renewed Taliban rule, plunging them back into the nightmare of obscurantist black reaction.

The operation spearheaded by US imperialism and its NATO allies 20 years ago is going down to utter defeat, just as we predicted from the outset. Shortly after the fall of Kabul in 2001, Alan Woods wrote the following:

“[T]he Taliban, although wounded, has not been destroyed, and can make a comeback later on, as disillusionment with the new government in Kabul sets in – as it inevitably will.”

That assessment, 20 years on, has been proved 100 percent accurate.

The speed of the Taliban’s advance has defied the expectations of the Kabul government and is a testament to its lack of any genuine base of support.

Nowhere have the masses rallied to its defence. Indeed, they have been largely absent from the equation – despite their hatred and fear of the Taliban, nobody is going to fight and die for the reactionary lapdogs of imperialism.

The same applies to the Afghan army, whose rank-and-file have no confidence in the regime or in the rotten and corrupt top brass of its army.

Despite allegedly outnumbering the Taliban three-to-one, and benefitting from decades of material support from US imperialism, Afghan troops are retreating and surrendering without a fight in many areas, leaving weapons and vehicles behind to be captured by the insurgents.

In some places, the Taliban has been able to negotiate bloodless withdrawals by underequipped Afghan troops and police, in addition to buying off local warlords and village elders to avoid clashes with civilian militias.

Having already made big gains in the countryside (where they have historically had more support), the Taliban went on to storm Afghanistan’s cities, starting in the south and west, then attacking in the north.

They have secured a grip over the northern region, which is traditionally hostile to the Taliban. For instance, Faizabad in the Hindu Kush mountains of north-east never fell to the Islamists when they ruled the country in the 1990s, but is now in their hands.

Kandahar, Afghanistan’s second-largest city, with a population of 600,000, was claimed to have been seized yesterday after weeks of siege.

In a statement, the Taliban claimed to have taken control of the governor's office, police headquarters, and key operational centers throughout the city, in addition to "hundreds of weapons, vehicles, and ammunition”. 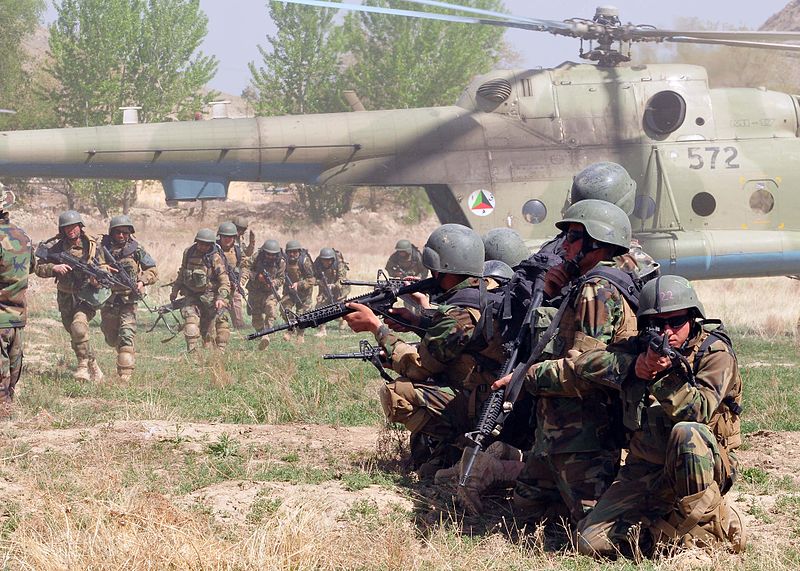 The rapid advance of the Taliban, which has surpassed all predictions, has utterly exposed the demoralisation of the Afghan army, and the corruption and rottenness of the US puppet regime / Image: public domain

Herat, the third-largest city, has reportedly also been taken. The local warlord and former minister in Hamid Karzai’s government, Ismail Khan, known as “the Lion of Herat”, came to a deal with the Taliban, allowing the latter to take the third city without a shot being fired.

Many other local warlords, upon which the weak, US-backed regime rests, will be considering switching their allegiances as the Taliban continues its advance. And today, the Afghan army lost the city of Lashkar Gah, capital of Helmand Province, following weeks of bitter fighting – despite enjoying US air support.

The government is now focusing its efforts on reinforcing the defence of Kabul, with the Taliban now just 50 kilometers from the edge of the city, as well as Mazar-i-Sharif and Kunduz in the North-West, the fourth and sixth-largest cities, respectively. Other areas are being left largely to their own devices.

This has allowed the Taliban to make further gains at little cost. Chaghcharan, the capital city of Ghor Province, fell today without any resistance. Puli Alam, Qalat, and Tarinkot, the respective provincial capitals of Logar Province, Zabul Province, and Uruzgan Province were taken shortly after.

The apparent ease with which the Taliban have swept the country has exposed the US and NATO’s lie about installing a so-called democracy in Afghanistan. It has been revealed as an utterly despised puppet regime, resting on reactionary and corrupt warlords and US bayonets.

The recent spate of victories for the Taliban are being heralded as ‘the beginning of the end’ for the Kabul regime.

Thousands of refugees fleeing the Taliban advance have flooded into Kabul, which is now under a state of siege.

The Taliban has captured Puli Khumri and Ghazni, giving them control of the highways leading into the city from the north and south-west, and US officials predict that it could fall in a matter of 30-90 days. One Taliban commander explained their strategy of surrounding Kabul and choking the city off from the rest of the country: “We will get around Kabul like an anaconda. Control of Kabul and the Afghan regime is inevitable, perhaps a few weeks away.”

Despite vowing to protect its people “by force” if needed, the desperation of the imperialists is belied by their promise of aid to any future Afghan regime – including one led by the Taliban – in exchange for sparing the US embassy.

At this point the US government simply wants to be spared the final humiliation of scenes akin to the fall of Saigon, where it was forced to airlift its staff out before the North Vietnamese fighters overran its embassy. Faced with the deteriorating situation, the US has announced it would send 3,000 additional troops into Afghanistan in order to hasten the retreat of American nationals.

US begging the Taliban not to take over its Kabul embassy.... pic.twitter.com/RVSdzB8UMp

While Pentagon spokesperson John Kirby claimed that “nobody’s abandoning Afghanistan,” it is abundantly clear that the Americans are beating a complete and hasty retreat – leaving their erstwhile allies in Kabul to the tender mercies of the Taliban.

Indeed, US President Joe Biden swiftly contradicted Kirby, stating that Afghanistan would soon have to “fight for itself.”

It is evident the Taliban has no interest in reaching a negotiated settlement. It has captured over half of Afghanistan’s territory in short order, and is preparing for a showdown with the Kabul government in the capital.

Afghanistan’s neighbours have seemingly accepted the inevitability of the Taliban’s victory. Pakistan, which has sheltered and supported the Taliban for years, allowing them to preserve their strength for precisely this moment, is reported to be privately preparing for friendly relations with any new Islamist regime. 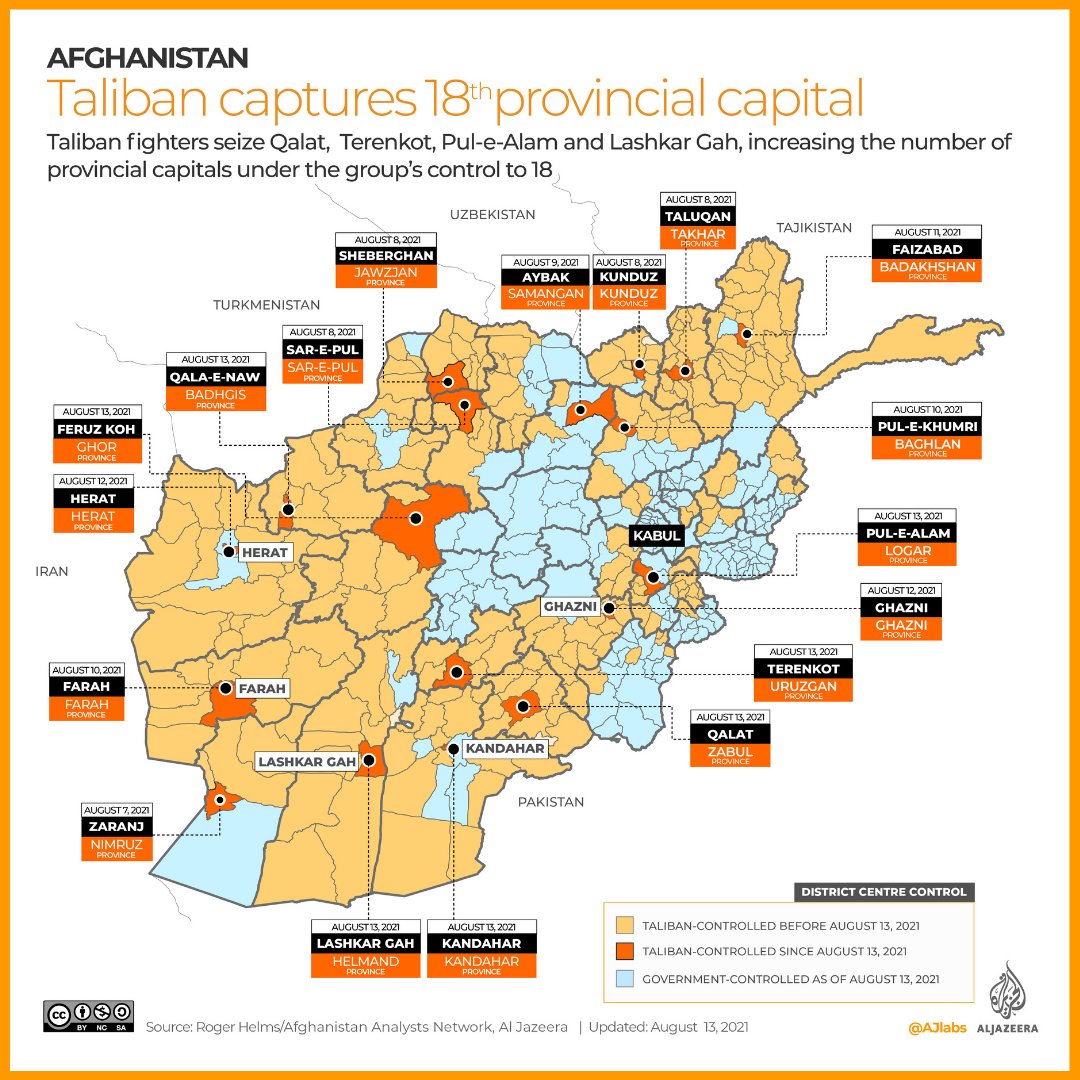 The Taliban has seized one provincial capital after another and are now preparing to choke off Kabul / Image: Al Jazeera

Iran has remained quiet following the capture of important border crossings by the Taliban, but it has thrown its weight behind the Taliban in a bid to secure good relations with it after the US retreat.

And China hosted a senior delegation of Taliban leaders in July, aware that it will need to maintain the flow of trade through the country as part of its Belt and Road project, necessitating the establishment of relations.

Victory is very much within the grasp of the Taliban, but this will not mean the opening of a period of stability. The barbarism that awaits is solely down to the actions of imperialism.

Despite denying claims of civilian casualties, there are increasing reports of the Taliban meting out torture and executions in recaptured territory: starting with captive troops and prominent figures from the Kabul regime.

For instance, Dawa Khan Menapal, head of the Government Media and Information Centre, was recently assassinated, in addition to scores of journalists, government bureaucrats, judges and other public figures, in order to eliminate opponents shore up their power.

There have also been reports of the Taliban preparing to reimpose their hardline religious policies. In Balkh in the north, civilians have been issued leaflets ‘encouraging’ women to remain at home and not to go to school. Elsewhere, women have allegedly been forcibly removed from jobs in banking and the civil service.

Hundreds of thousands of ordinary Afghans are terrified at the prospect of Taliban rule, hence the exodus of refugees to Kabul. The streets of the recently captured provincial capitals are reportedly abandoned, the populations either have fled or hiding in their homes, waiting anxiously for what comes next.

A disaster of imperialism

This war was always unwinnable for the imperialists and has both exposed and hastened the relative decline of American imperialism on the world stage.

“The truth is that years of occupation have solved nothing. The Taliban have almost limitless reserves of manpower and money (through the lucrative drug trade). They have safe havens in Pakistan and the support of an important section of the Pakistan army and state.

“A defeat in Afghanistan would be a disaster. It would mark a humiliation for the West, and for NATO. Even the most limited aim of the war – to deny [the Islamists] a safe base for its operations, will fail…

“As always the real victims will be the Afghan people, threatened with a descent into barbarism. The Afghans hate the foreign invader but that does not mean they support the Taliban. Many Afghans would like to be rid of the Taliban, but they do not see any alternative.”

These words, penned over a decade ago, perfectly encapsulate the current situation.

The US hoped it could maintain its interests in Afghanistan by forcing out the Taliban (which was the imperialists’ monstrous creation to begin with), and installing a stable regime that it could hold on a leash. 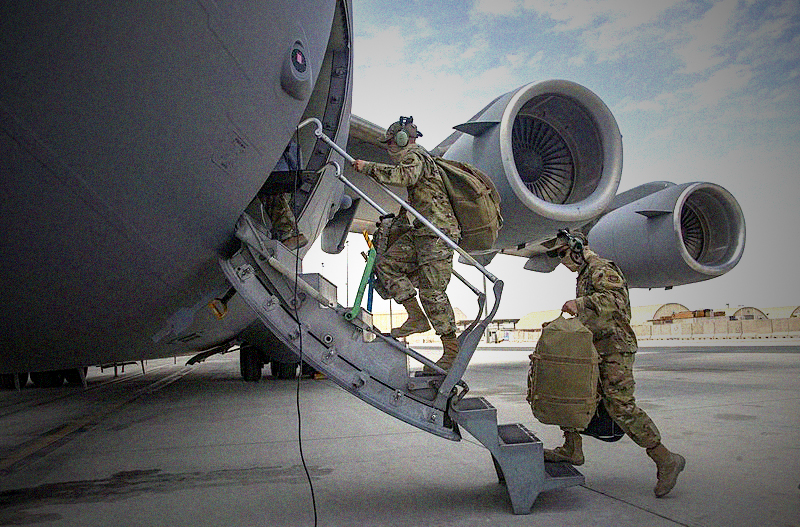 Two decades of US occupation are drawing to a humiliating close. Imperialist intervention has only left a trail of destruction. Only the Afghan masses, not the imperialists, can sweep away the Taliban and the barbarism which makes life agony for millions of Afghans / Image: public domain

After another two decades of war, they have accomplished absolutely nothing except further misery and destruction.

It is likely that the final stand in Kabul, will be bloodier and more protracted than clashes elsewhere. But the evidence points to a Taliban victory.

This disaster, and the misery to come, are the products of capitalist imperialism. Moreover, the experience of the last 20 years warned that the removal of the Taliban by foreign imperialism could only ever have reactionary consequences.

In the end, only the masses of Afghanistan, and their class brothers and sisters in the region, can put an end to their domination by imperialism, the Taliban and the warlords.

An end to the barbarism ravaging Afghanistan can never come at the end of imperialist bayonets. Only through the united class struggle of the peasants and workers of Afghanistan and the wider region, to overthrow capitalism through a socialist revolution, can the suffering that the Afghan people are forced to endure be brought to an end.