Details
In Defence of Marxism
07 February 2019 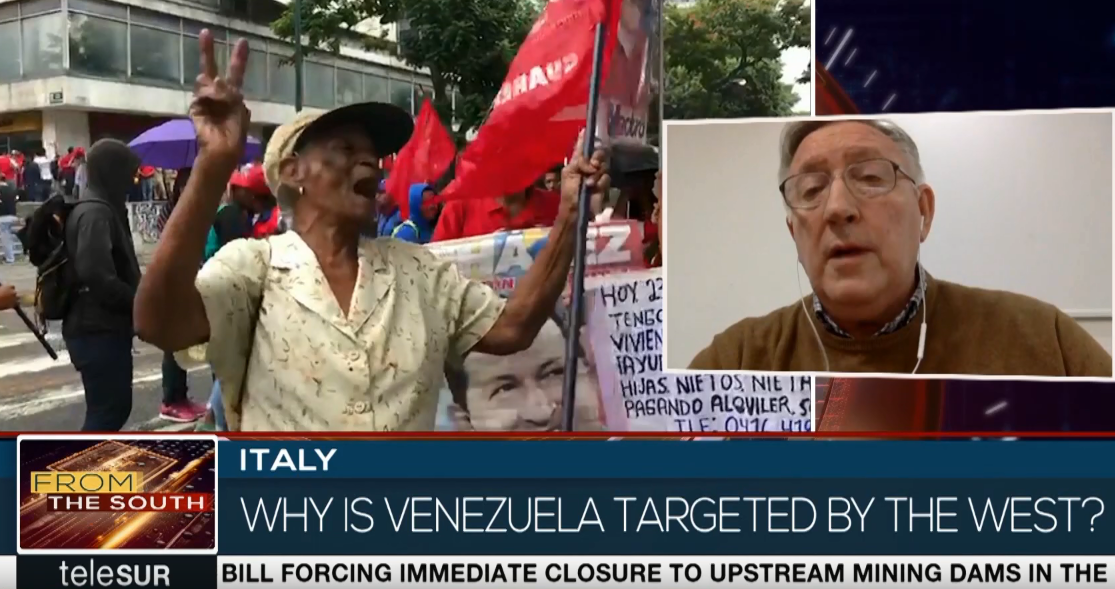 Alan Woods, editor of In Defence of Marxism and founding member of the Hands Off Venezuela campaign, was interviewed on teleSUR English about the ongoing, US-led coup attempt in Venezuela. Alan condemns the position of the UK government which is supporting the coup and withholding billions in Venezuelan gold. Alan also denounces the threat of military aggression which is being prepared under the guise of 'humanitarian aid'.