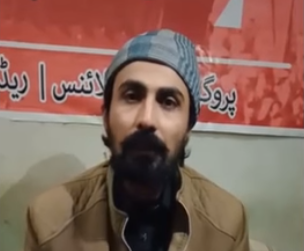 Amar Fayaz, the Pakistani comrade of the IMT who was recently returned by the state authorities following his abduction on 8 November 2020, has recorded this message of thanks for the solidarity he received from comrades and supporters all over the world, which was instrumental in ensuring his release.

Message by Amar Fayaz after his release. [English subtitles]

Amar Fayaz, a political activist and member of PYA was abducted two months ago by security forces from Jamshoro (Sindh).