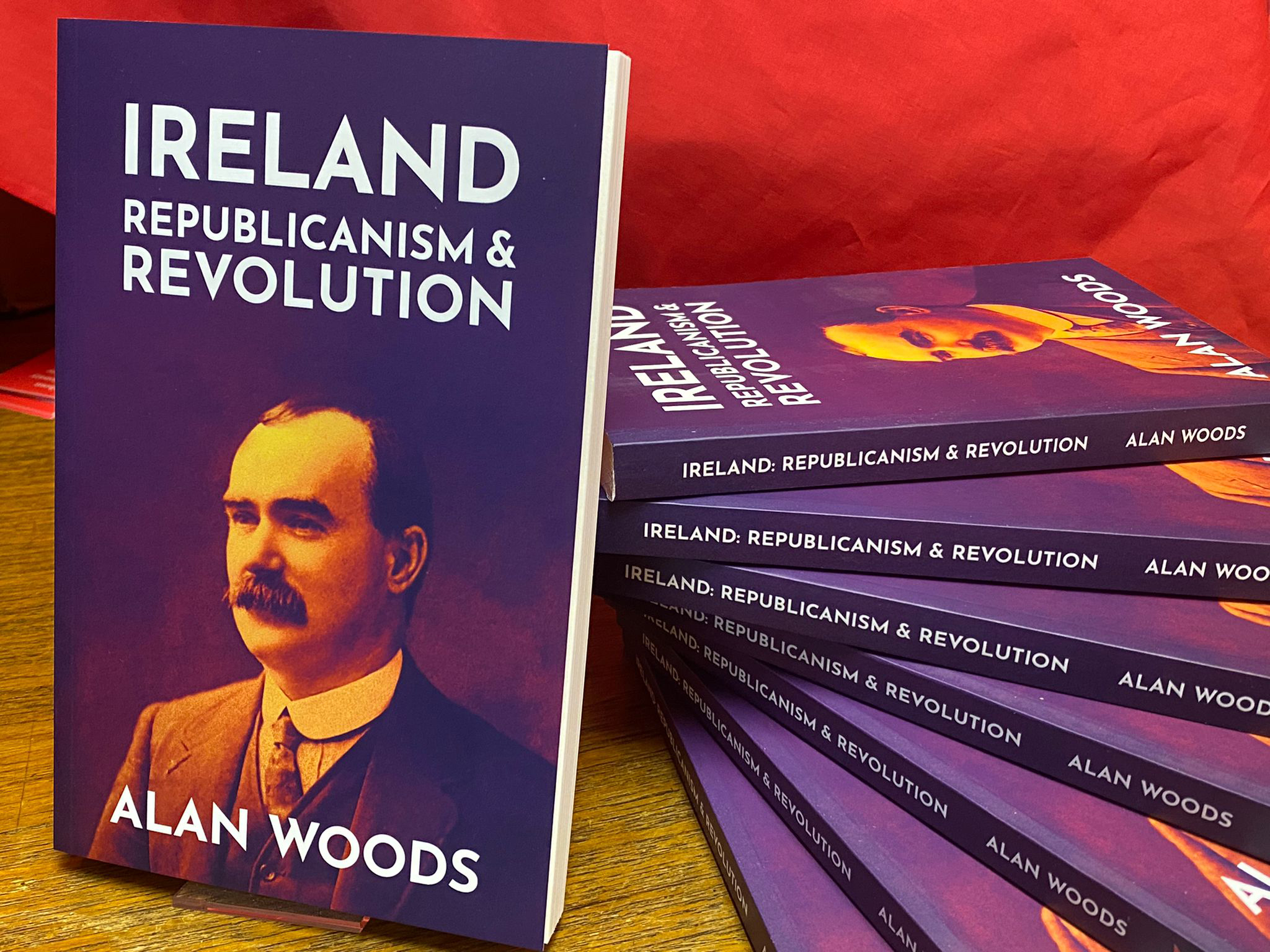 On Saturday 26 November, 65 people gathered in the London Irish Centre, with another 35 connecting online, for the launch of the new edition of Alan Woods’ Ireland: Republicanism and Revolution (order here). Comrades joined the live-streamed event from Ireland, Britain, Sweden, the USA and Canada, making this a really international gathering.

Enthusiasm was high for the highly anticipated return of this book, which has been out of print for 15 years, and is now being republished with a brand-new introduction. This mood was reflected in sales before the event and on the night itself. £550 of books and tickets were sold in advance, and a further £325 of book sales at the event. 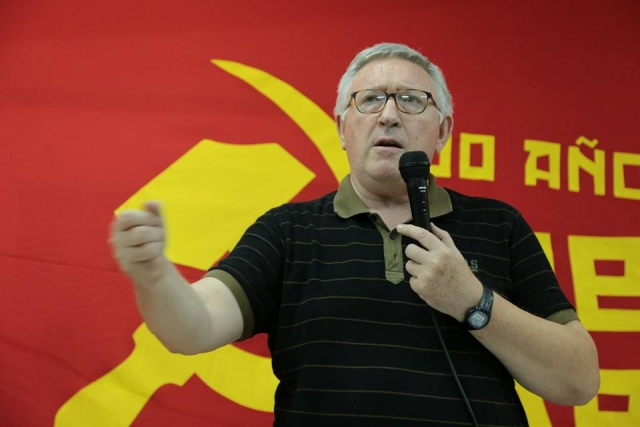 The author, Alan Woods, explained that “none of the problems facing the working class and the youth can be solved under capitalism. This is the fundamental fact which we must grasp.” / Image: own work

For unavoidable reasons, Alan was unable to attend the launch in person. But he sent warm greetings to the gathering and one simple message, which was read aloud by the chair:

“None of the problems facing the working class and the youth can be solved under capitalism,” he explained. “This is the fundamental fact which we must grasp.”

He went on to explain how Irish history “is filled with examples of the heroism of the Irish working class, and the cowardice, duplicity, and treachery of the Irish bourgeoisie and their petty bourgeois hangers-on. 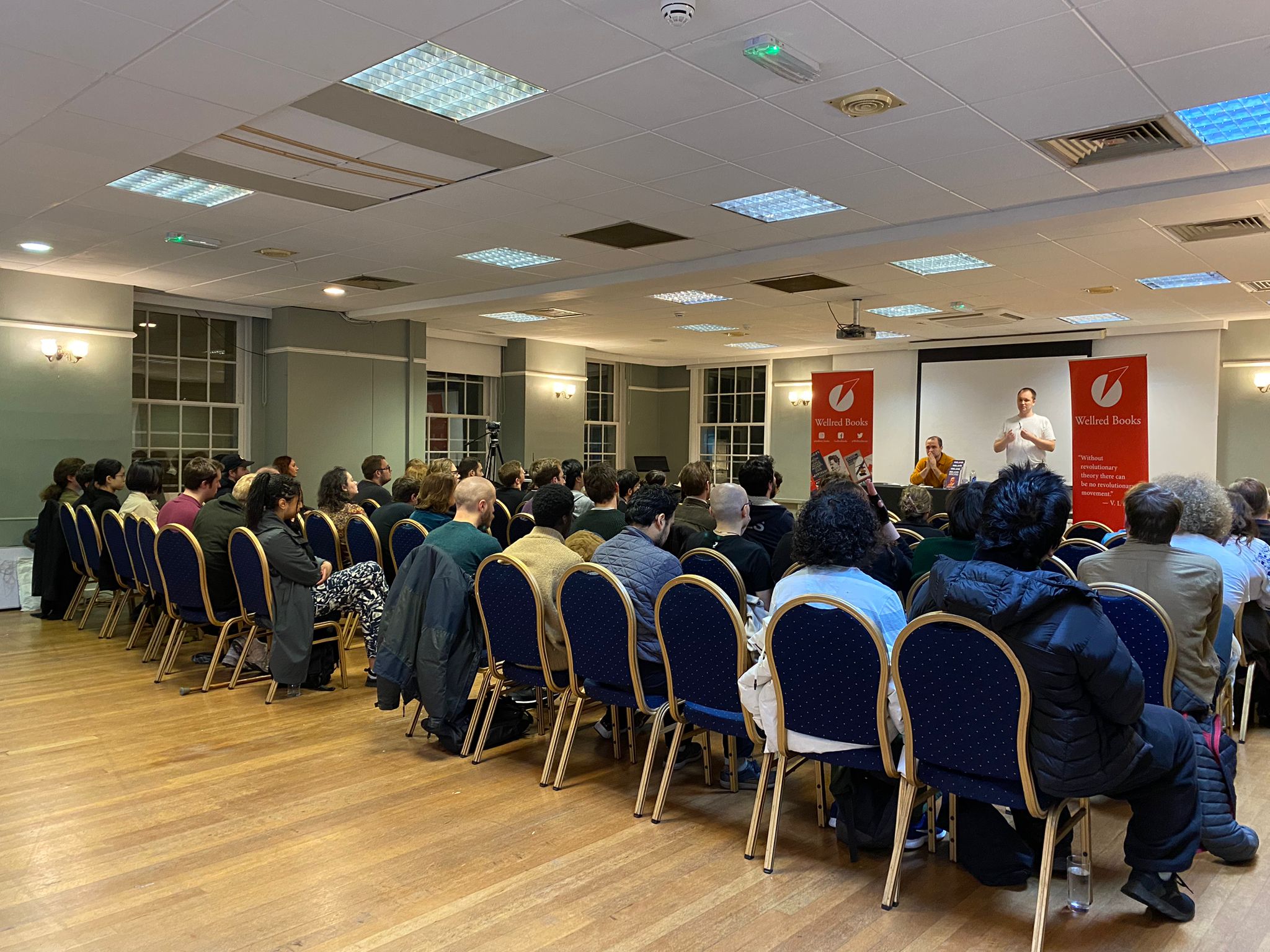 100 people attended the excellent book launch, including 65 in London, and a further 35 across Britain, Ireland and beyond via the livestream / Image: Wellred Books

“The last named always pose the national question in terms of just two alternatives: the so-called armed struggle on the one hand and the parliamentary road on the other. Both are equally false.”

Rather, he explained, it is only the mass revolutionary movement of the proletariat that can bring about a United Ireland, as part of the socialist revolution:

“In Ireland, in Britain and all over the world a new generation is beginning to move into action. It is looking for a banner, a programme and an idea. To this new generation the ideas of Marx, Lenin, Trotsky, and above all, James Connolly offer the only real guide and compass that they will need in order to find their way to the road that leads to socialism.”

Ben Curry, the author of this edition’s new introduction, then opened the discussion with a wide-ranging talk on Irish revolutionary history. His talk spanned the great events of the past 225 years, that Ireland: Republicanism and Revolution delves into, in order to retrieve the vital lessons revolutionaries in Ireland, Britain and the whole world must absorb today. 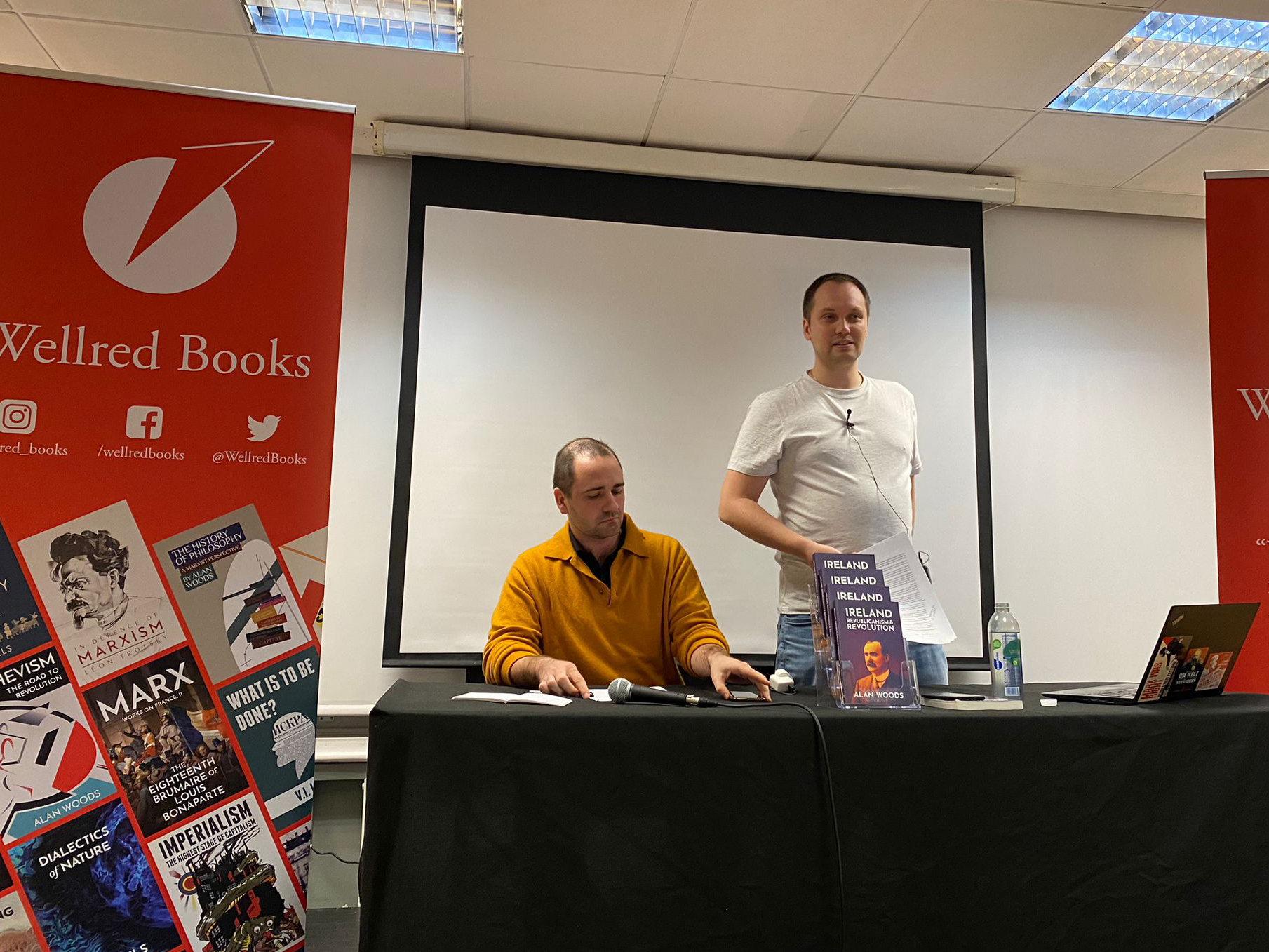 Ben Curry, author of the new introduction to the latest edition of Alan Woods' book, gave an in-depth history of Republicanism from a Marxist perspective, offering a taster of the content of the book / Image: Wellred Books

He discussed the first rising against the British Empire for a Republic in Ireland – that of the United Irishmen – and how this heroic movement established a tradition of class unity across the sectarian divide introduced by the British.

He went on to discuss the great class battles of the early 20th Century: the great Belfast dockers’ strike of 1907 and the Dublin lockout of 1913. And he explained how, from these mighty struggles, the Irish Citizens’ Army – the first Red Army in Europe, and the leading force in the 1916 Easter Rising – was forged under Connolly’s leadership.

Above all, Ben underlined the gigantic role of that great Marxist, James Connolly, who fought and died in the struggle for a Socialist Republic, and whose thought ran in a parallel stream to that of his greatest contemporaries in the Marxist movement: Lenin, Trotsky, and Luxemburg. 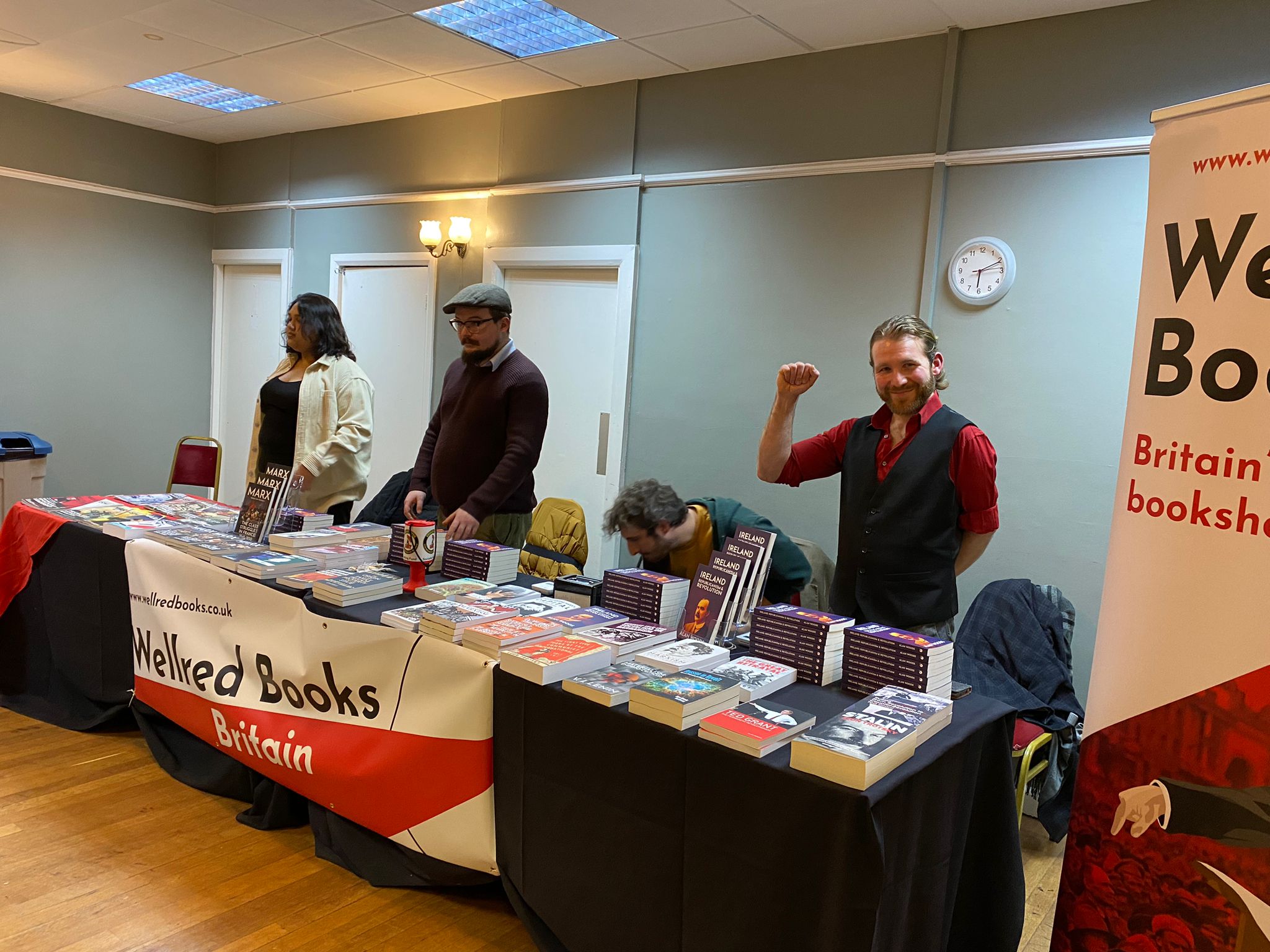 Finally, he explained how the Troubles began in the early 1970s, as the North of Ireland was plunged headlong into a pit of sectarian violence by the Frankenstein’s monster created by British imperialism: loyalist sectarianism. He also gave a brief overview of the lessons of the period, and of the history of the Provisional IRA, why its methods fundamentally failed to bring about a United Ireland, and why the parliamentary cretinism of modern Sinn Féin is merely the reverse side of the coin of the failed methods of the armed struggle.

His talk was followed by a wide range of questions, delving into the lessons of the past – such as whether the Easter Rising had been a mistake and the attitude contemporary Marxists took to it. Above all, the questions of attendees focussed on how the lessons of this history can be applied to today: What are the perspectives for the socialist revolution in Ireland today? What will be the end result of Sinn Féin’s present policy? And is a border poll likely, and what attitude ought revolutionaries take to one?

Attendees continued the discussion well into the evening at the venue bar, over pints of very good quality Guinness.