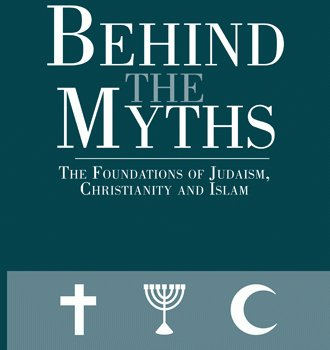 John Pickard’s book delves into the history of the three most important religions in the Western world, and this has profound political implications. If you think about it, religion dominates so many people’s lives from their birth to their death and yet, incredibly, so little is known about how religion, in particular Judaism, Christianity, and Islam really came about.

Well, if you get a copy of this book, you will wonder no more. One thing must be said at the outset: There is so much material in this book about this history that no review can delve into it in sufficient detail; the reader must buy this book and read it for him or herself.

The author approaches these topics as a Marxist and supporter of the IMT in Britain. As Marxists, we know that the base of any society is how humans organize to feed, clothe, and shelter themselves, and bring up the next generation.

Human society began as primitive communism. The concept of private ownership of land under primitive communism was as ridiculous at that time as it would be to us to own the air! Gradually, productivity of labor developed and we saw the rise of class society in certain river valleys in what are today China, India, Iraq, and Egypt.

In class society, in addition to the economic base, a superstructure develops. The superstructure includes the state apparatus, the propaganda apparatus, educational institutions, and also ideology, which is where religion comes in.

The superstructure has a complex and contradictory relationship with the ruling class and its economic base. It is not unchangeable. As an example, in ancient Rome, a society based on slavery, the first dominant religion was paganism, the worship of the Roman gods, “borrowed” from ancient Greece.

Later, as the emperors are established, they too become gods and get added into this mix. After this, Christianity develops and eventually becomes the official religion of the empire. All of these changes in the superstructure based themselves on a slave system, although of course that society was in decay and eventually led to feudalism.

Feudalism was a society with a different economic base than slavery, as it was based on the exploitation of the peasantry. It continued with Christianity as part of its superstructure, adapting it to the new economic foundation. Pickard explains the role of the Christian Church in the transition to the new feudal society as Roman society collapsed.

Pickard examines the history of each of these three religions from a dialectical materialist perspective. The origin and development of a religion can be explained by the concrete circumstances and its relationship to the various classes and class struggle in the society of the time. As a materialist, he does not look to miracles and supernatural phenomena to explain religion.

In addition, he shows how these religions developed over the years. Christianity, despite what the church would say, is not the same today as it was 1,700 or 500 years ago.

Judaism has also gone through many changes, as has Islam. Pickard’s book is extremely well researched and uses the most up to date archaeological information available. In relation to Christianity in particular, this book is an update to the classic analysis of Karl Kautsky in his Foundations of Christianity.

The evolution of Judaism

John Pickard uses the best available information to explain how Judaism evolved. He points out that the books of the Torah and the Pentateuch were written over many years and not all at once. These books also changed over time as they were recopied, as the printed medium had not yet arrived.

As each book was written and rewritten, it reflected the authors’ class and interests, and the state of society at that time. Judaism’s evolution is also reflected in the fact that many people conquered the territory that today is known as Israel/Palestine: the Assyrians, Babylonia, Alexander the Great, and Rome. When the biblical books try to give a “history” of the people, it is written much later to serve those contemporary interests and is largely, if not completely, fabricated. This repeats itself with Christianity and Islam.

Some of the points that Pickard makes about the foundation of the Jewish religion: Noah’s Ark and the story of the flood is a common story among ancient people and is not unique to the Jewish religion; there is no archaeological evidence that the Jews were actually slaves in ancient Egypt; Judaism claims that it originated in 2000 BCE, but it actually evolved from the revolutionary struggle of the masses opposed to the Canaanite rulers around 1207 BCE and after; there is also no archaeological evidence of the Unified Kingdom under Saul, David (no Goliath!), and Solomon. He then describes the situation confronting the Jews under Roman domination, and explains how modern Judaism evolved, and from it, Christianity.

Pickard explains that the movement that evolves into Christianity originated among the Essenes and the various messiah groups in Roman-occupied Judea. This religious/political movement, concentrated mainly among the Jewish proletariat, later spreads via the Jewish diaspora throughout the Roman empire.

The concept of social cohesion and charitable works among the Jews led to many Roman conversions and a growth of this movement. But in time there is a divergence: those who accept some of the Jewish teachings, but not the dietary laws and circumcision; and those who continue to follow these laws. It is from the former that Christianity evolves. Pickard shows that Saul of Tarsus, later known as St. Paul, was a proponent of the former.

Contrary to popular belief, there is no archaeological evidence that Jesus really existed as a living, historical person. The author shows that the New Testament develops more information about the life of Jesus the further it gets from when he was supposed to have lived.

The oldest books of the New Testament, the Book of Revelation and the authentic writings of St. Paul, do not mention Jesus other than “Jesus” or “Joshua” as a generic deliverer. Even if one believes Paul is talking about a person named Jesus, who was the founder of the movement, Paul says nothing about this Jesus or his life on earth.

There were many books that never got into the Bible. The official bible came together as the church evolved from a Jewish proletarian movement, to a non-Jewish movement of the Roman Empire’s proletariat, to an official religion of the Roman ruling class.

The Church established a bureaucracy around bishops who then needed authority and orthodoxy, which required them to put an end to any church democracy. As the Roman state began to disintegrate, the Church became its “savior,” so to speak.

Once again, Pickard shows how the official history of Islam was written many years after the life of Muhammad, taking these beliefs and projecting them onto the past.

He points out the following: The Arab empire actually predates and gives birth to Islam, not the other way around; the Arab peoples were mainly Jewish (dietary laws & circumcision), Christian, and monotheists that mixed the two religions, which was a byproduct of a mobile and non-urban society; the Christian influence was from Eastern Christian traditions which did not accept concepts such as the Holy Trinity; Iraq, Syria, Israel, and Palestine were the real origins of the Arab empire, not Mecca and Medina; the origin of Koranic writings were Christian writings in a form of Aramaic known as Syriac, that were then translated into Arabic; the Dome of the Rock in Jerusalem was built before Islam really existed.

The messenger might in fact refer to Jesus as a person, reflecting the Eastern Christian beliefs of the people who built the Dome of the Rock, who did not believe that Jesus was the son of God, but the son of Mary and nonetheless an important prophet.

Pickard then explains how quantitative changes in this religion eventually bring qualitative changes and transform into a new religion: Islam. It is Islam that would serve the interests of this new Arab empire and its ruling class, which was seeking to consolidate itself.

There are so many things you will learn from this book and this review barely scratches the surface. It is a “must read” for anyone trying understand the history of religions and how society changes over time. John Pickard has done a great service for the cause.

From Socialist Appeal: Book Review: Behind the Myths: the Foundations of Judaism, Christianity, and Islam

The book can be purchased from Wellred UK: Behind The Myths