Details
In Defence of Marxism
01 November 2022 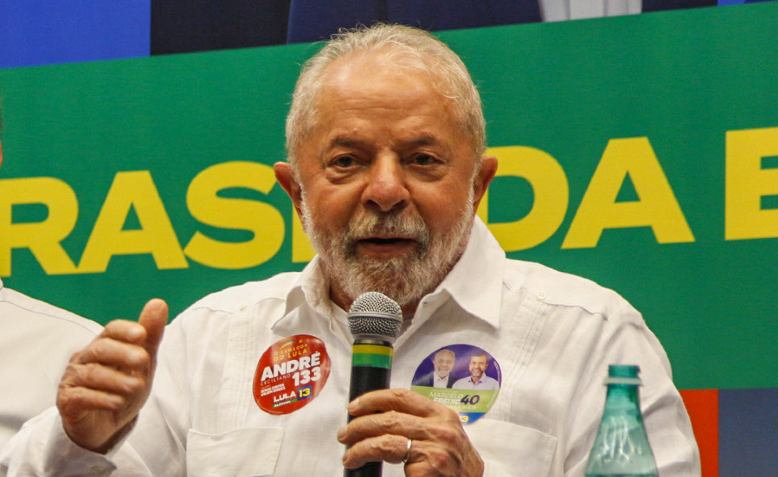 On Sunday, Lula of the Workers’ Party (PT) narrowly defeated the far-right candidate Jair Bolsonaro (50.9 percent to 49.10 percent) in the second round of the presidential elections. While workers and youth are rightly celebrating this result, we should also note that Bolsonaro exceeded expectations, and managed to increase his vote by over 6 million between the two rounds, compared to an increase of 2.6 million for Lula.

A few months ago, Lula was riding high with a big majority in opinion polls, assisted by Bolsonaro’s criminal management of the COVID-19 pandemic, which left 700,000 Brazilians dead. In the end, however, this lead narrowed to almost nothing. How can this be explained?

Bolsonaro appealed to the country’s most-backward layers. He has the enthusiastic support of the agri-food capitalists (a sector that is worth 22 percent of Brazil’s GDP and makes up 40 of the country’s exports) and has used the full weight of the state apparatus to his advantage.

The presidential race was marked by an unprecedented flood of fake news and provocations coming from Bolsonaro's camp, including a gun and grenade attack on the police by a prominent Bolsonaro politician. On polling day, there were brazen attempts at voter suppression by the heavily pro-Bolsonaro Federal Traffic Police (PFR), who stopped PT voters on the way to the polling stations. The PFR’s commanding officer also posted a tweet urging voters to back the incumbent.

Brazilian society is highly polarised. The poorest communities in the north and northeast voted massively for Lula. In the richer centre and south, Bolsonaro prevailed. Of the country's 10 most-populous states, Lula and Bolsonaro won five each. In São Paulo, the most-populous city and industrial centre of the country, the left won, but Bolsonaro’s candidate took the governorship of the state. His party has the largest block in both congress and the senate and controls the three most populous states: São Paulo, Rio de Janeiro and Minas Gerais.

Ultimately, Lula’s campaign was sorely lacking in left-wing content that could appeal to workers and the poor on a class basis. This allowed the terms of the debate to be dragged by Bolsonaro to the cultural arena. The elections largely revolved around issues such as religion, abortion, family values, criminality, and corruption. This terrain benefited Bolsonaro, who played up his social conservatism to appeal to the most-backward prejudices in society.

Also, from the beginning Lula ran a campaign on the basis of unprincipled alliances with the capitalist establishment, starting with his choice of running mate, the candidate for vice president Gerardo Alckmin. Alckmin, a consummate capitalist politician, had been his rival in 2006 and leader of the main party of the Brazilian bourgeoisie, the PSDB. As a governor of Sao Paulo he was responsible for the brutal police repression against the public transport fares movement in 2013 and openly backed the impeachment of Dilma Rouseff from Lula’s PT in 2016. These types of alliances were established at all levels. For instance, the PT backed local oligarchic politician Paulo Dantas for the governorship of Alagoas: a scion of a regional political dynasty, who put up a flashy personality-based campaign that was completely devoid of any political content. 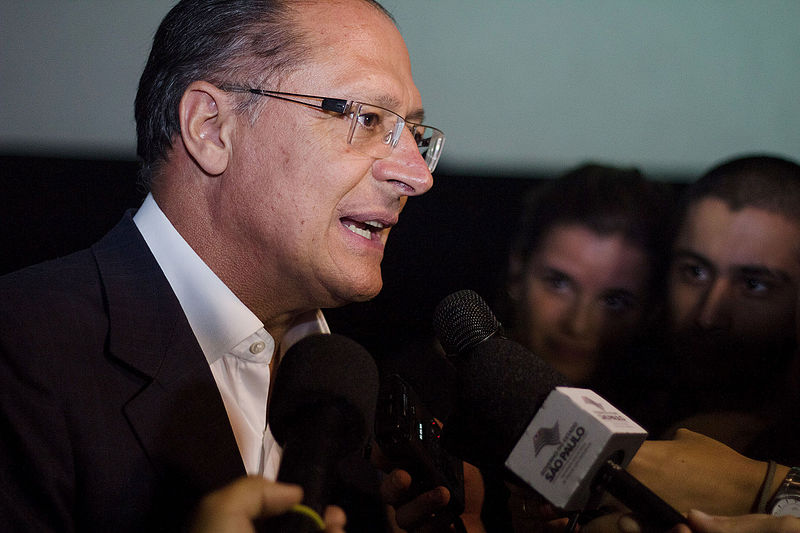 From the beginning, Lula ran a campaign on the basis of unprincipled alliances with the capitalist establishment – starting with his choice of running mate, Gerardo Alckmin / Image: JARDIEL CARVALHO

Rather than shift the focus to class issues, Lula tried to out-Bolsonaro his rival, shifting rightwards and even playing up his Christian faith. Meanwhile, he tried to present himself to the ruling class as a trustworthy, reliable candidate, all while promising the state apparatus that if elected he would defend “the institutions” – this despite the fact that the very same institutions threw Lula himself in prison for 18 months back in 2018. Indeed, the very judge who led his prosecution, Sergio Moro, shortly thereafter became Bolsonaro’s Minister of Justice!

On top of this, Bolsonaro made full use of the state budget for his presidential campaign, for instance by increasing the amount of beneficiaries of the Auxilio Brasil social benefit by half a million between the two rounds of the presidential election.

The elephant in the room, of course, is Brazil’s severe social crisis and extreme inequality: 33 million Brazilians are undernourished, all while the number of multimillionaires has grown continuously in recent years. A bold campaign with concrete social proposals, with fighting, class-based rhetoric, would have cut across religious and cultural divides and torpedoed Bolsonaro's demagoguery.

At the time of writing, Bolsonaro has not yet admitted defeat. In fact, he has said nothing at all. But his supporters (particularly among the truckers) are blocking key roads in 16 different states across the country. The Supreme Court (STF) President Moraes has ordered the PFR to clear the blockades, the same pro-Bolsonaro police force who tried to suppress Lula voters on election day! While the PFR has accepted the order, they are certainly sympathetic to the pro-Bolsonaro blockaders, and cannot be relied upon. Already, the Movement of Homeless Workers (MTST) has called on its supporters to organise demonstrations to remove the road blockades and defend the election result.

During the election campaign, Bolsonaro threatened to lean on the army and mobilise his hardcore support base to challenge Lula. Given the razor-thin result there is speculation he could pull a stunt similar to the Capitol Riot Trump provoked in 2021. This could lead to violence. It is possible that Bolsonaro is biding his time to see how events develop, as well as to maintain plausible deniability should his supporters move spontaneously. He did not call for protests, but he is not urging against them either, and seems to be hedging his bets.

Bolsonaro’s vice-president Mourao has now recognised defeat in a message to Alckmin, and Lula’s team has been in contact with Bolsonaro’s Minister for the Presidency Nogueira, to discuss the transition. There is enormous pressure from different quarters of the state apparatus, the ruling class and imperialism to ensure a smooth transition. Whatever the capitalists think of Bolsonaro (and they are divided on this matter), the last thing they want is chaos and instability.

In any case, Bolsonaro could have been defeated much earlier. His entire presidency was beset by mass protests, with crowds of thousands out on the streets practically from day one shouting “Fora Bolsonaro!” (“Bolsonaro out!”) However, the leaderships of the PT and the trade unions held back the masses, urging them ‘to respect Bolsonaro’s democratic mandate’ and to wait for the elections to kick him out. At the same time, they justified their timidity and shifts to the right by scaremongering about Bolsonaro being a ‘fascist’! 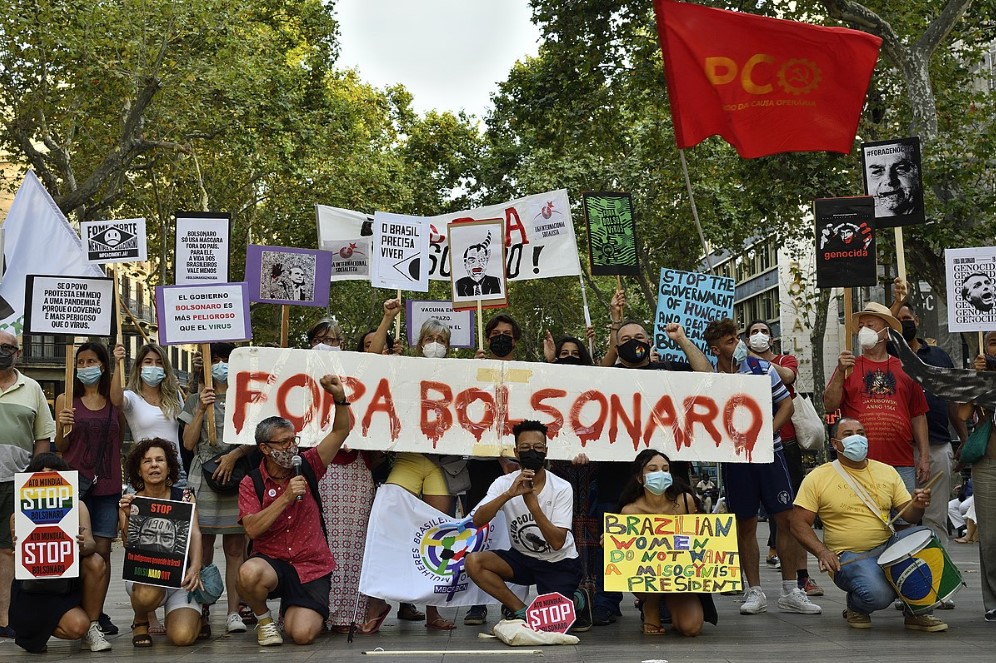 The leaderships of the PT and the trade unions have held back the masses shouting “Fora Bolsonaro!” / Image: BarcelosFerreira

A few days before the second round, Lula published a “letter for the Brazil of tomorrow”, filled with beautiful words about “democracy”, “freedom”, “sustainable development”, “hope”, etc., but with a commitment to the fundamental interests of capital at its core: “It is possible to combine fiscal responsibility, public debt reduction, social responsibility and sustainable development.” In the context of a deep crisis of capitalism worldwide, ‘fiscal responsibility’ necessarily means cuts and attacks on the working class.

The main bourgeois papers are already demanding that Lula should abandon any idea of even mild social-democratic policies and rule firmly in the interests of the ruling class, all under the motto of “restoring national unity”, “healing Brazilian society”, etc. An article in O Globo for instance, insisted on the key role Vice-President Alckmin must play:

“With the prestige gained, both PT members and allies of the former toucan [member of the PSDB] understand that he will have influence in the appointments of the cadres of the main government portfolios, particularly in the economic arena, where the former toucan lends credibility for his commitment to fiscal responsibility. He would also carry out a travel schedule around the country and have a moderating role in internal debates. A Catholic, he always circulated with ease among leaders of Pentecostal and Neo-Pentecostal churches, for example [our emphasis].”

Many people voted for Lula based on the memory of his presidency between 2003 and 2011. At that time, while carrying out pro-capitalist policies (including the pensions reform, fiscal stability, etc), he benefited from a period of high prices of raw materials, which meant economic growth for Brazil. Workers were getting above-inflation wage increases and Lula was able to introduce some (World Bank-inspired) social grants, like the Bolsa Familia. When that period of high commodity prices ended in 2014, Lula had already stepped down and it was his successor Dilma who had to weather the economic recession, becoming extremely unpopular. 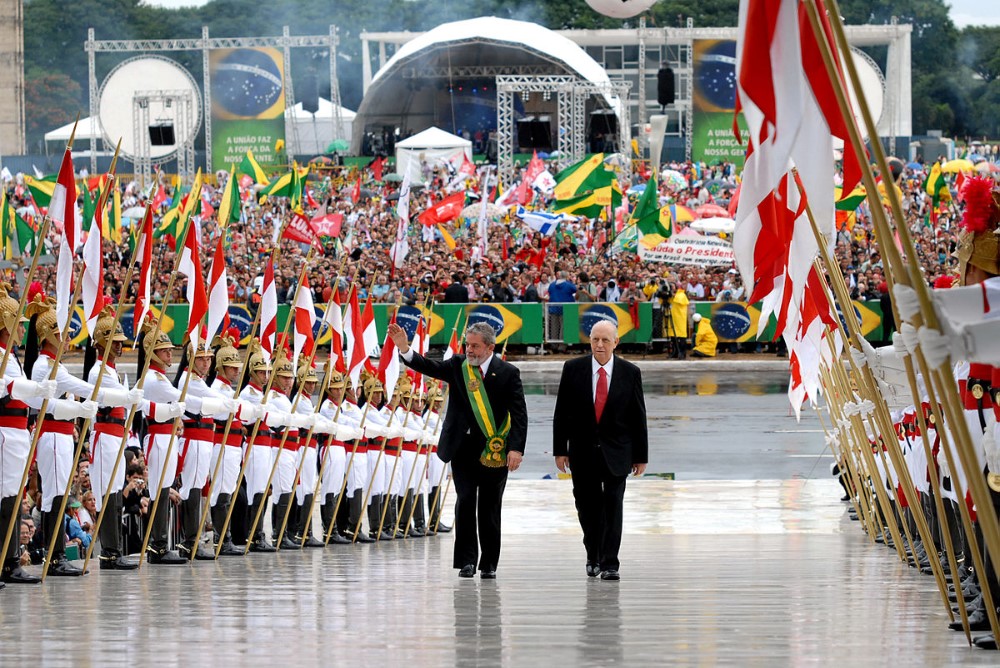 Many people voted for Lula based on the memory of his presidency between 2003 and 2011 / Image: Wilson, DiasABr

The situation is completely different now. Lula is coming to power during a worldwide crisis of capitalism, which will deal severe blows to the Brazilian economy. China is not in a position to soften the blow of the crisis in Latin America, as it did between 2010 and 2014, quite the opposite. In these conditions, and with a firm commitment to “fiscal responsibility”, Lula’s room for manoeuvre will be very limited and his government will become one of attacks on the working class.

On the basis of reformist class collaboration and pro-capitalist policies, Bolsonaro will only be strengthened. We must remember how the conditions emerged for his victory in 2018. Rouseff won the 2014 elections on a left-wing platform, but in the context of the economic crisis triggered by the collapse of commodity prices, went on to implement the austerity programme of the opposition. This demoralised her base of support all while inflaming right-wing hysteria. She was betrayed by her running mate, Michel Temer, and impeached with the connivance of the judiciary and the state apparatus, which also threw Lula in jail on trumped-up charges.

Bolsonaro went on to win the next elections, playing up the ‘corruption’ of the PT. Bolsonaro’s disastrous, reactionary term in office ran its full course largely peacefully because the official left parties and unions bet everything on these elections, which they only won by the narrowest of margins.

Lula's victory is a first step, but now a struggle for real change must be prepared: the change expected by the masses of workers and youth who voted for Lula. Bolsonaro has been defeated at the polls, but ‘Bolsonarismo’ is alive and kicking, and will have to be defeated in the factories and workplaces, and in the working-class neighbourhoods, using the methods of mass strikes and demonstrations.

It is necessary to strengthen the independent organisation of the working class masses to prepare for this struggle. The entry of the oppressed masses on the scene is the only way to ensure that the far right and Bolsonarismo are thrown once and for all into the dustbin of history.

Note: this article is partly based on material produced by our Brazilian comrades of Esquerda Marxista.