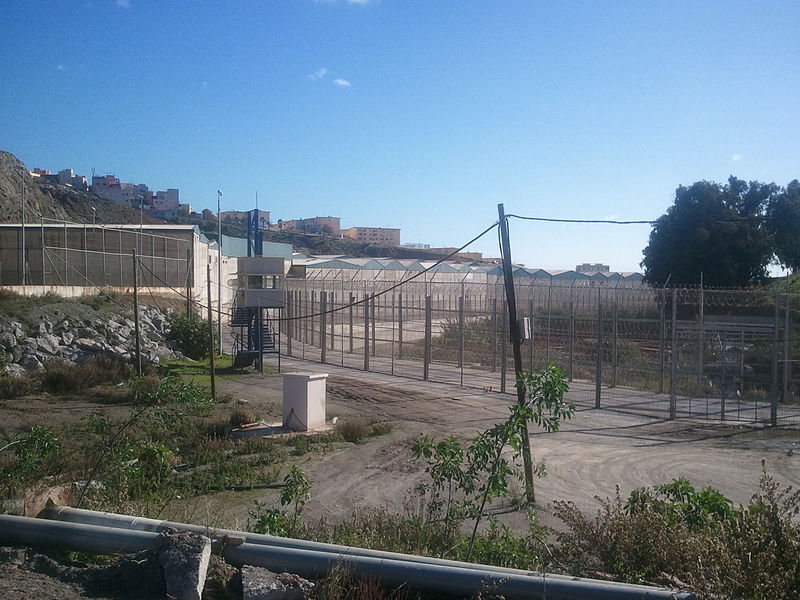 The so-called “assault” on the Ceuta border (a Spanish enclave on the African side of the Strait of Gibraltar) by thousands of young migrants in the past few days is part of the same migration crisis that has plagued Africa in recent decades. However, the most recent events have been triggered by a new diplomatic dispute between Spain and Morocco, rooted in the economic crisis unleashed by the pandemic and the worsening of the conflict in the Moroccan-occupied Western Sahara.

Read the original in Spanish here |

The Moroccan regime, led by the Makhzen – the clique of bureaucrats and businessmen that surround the king – has launched an offensive to defend its position in the Sahara, using the thousands of young people fleeing poverty as cannon fodder. This, in turn, has provoked a cowardly and repressive response from the Spanish Government, which – rather than responding politically to the question of the Sahara – has unleashed its forces against migrant workers and children.

The situation in Western Sahara, occupied by Morocco since 1975, has remained deadlocked since the ceasefire declared in 1991 by the Polisario Front (Western Sahara Liberation Front) and the Moroccan regime. A peaceful solution to the conflict has been blocked by the refusal of Morocco and Spain – supported by the US and France – to promote a referendum on self-determination of the former Spanish colony of Western Sahara.

All this time, the Spanish state has turned a deaf ear to the demands of its former Sahrawi subjects, in practice aligning itself with the Makhzen, despite the duties assigned to it by international law as a former occupying power. In the same way, it has ignored the majority support that the Sahrawi cause enjoys among the Spanish working class. US recognition of Moroccan sovereignty over the Western Sahara, and the Makhzen’s repression of the Sahrawi population, finally led to the end of the ceasefire last November.

In this context, the leader of the Polisario Front, Brahim Ghali, who already suffers from cancer, contracted COVID-19. He was first admitted to a hospital in Tindouf, but given his worsening condition, the Algerian general staff interceded to have him transferred to Spain. In an operation worthy of a spy movie, Ghali was transferred to a hospital in Logroño under a false identity for treatment of his ailments. The operation was opposed by the Spanish Interior Minister, Grande-Marlaska, who warned of the consequences that this decision would have on relations with Morocco.

The Moroccan regime got wind of the operation, and from that moment the crisis was set in motion. The Makhzen, emboldened by the Trump administration’s recognition of its sovereignty over the Sahara, and its recent agreements with Israel, saw an opportunity to put pressure on Spain and the EU by allowing migrants to cross into Ceuta. With this pressure, they wanted to remove any doubts about their claims over the Sahara and, at the same time, mitigate the internal economic and social crisis in Morocco, by facilitating emigration to Spain and asserting their irredentist claim over Ceuta and Melilla. Their control over the southern border of the EU has been shown to be a powerful weapon of diplomatic pressure.

The boy, a migrant attempting to reach the Spanish enclave Ceuta, tied plastic bottles to himself.

Graphic testimony has revealed how the Moroccan gendarmerie opened its sector of the El Tarajal border crossing, resulting in the mass entry of thousands of migrants to Ceuta (the most conservative estimates speak of 8,000). This has completely overwhelmed the border detachments of the Spanish Civil Guard, and has led to the deployment of army units on the border.

According to the Spanish Ministry of the Interior, the security forces have managed to return some 4,000 of these migrants to Morocco, while the army and the police are chasing through the streets of Ceuta and tracking down those migrants who managed to enter the city. Shortly after these events, the Moroccan ambassador to Spain made it clear that the opening of the Moroccan side of the border was a conscious retaliation by the Makhzen for the hospitalisation of Brahim Ghali in Spain.

It would be overly simplistic (and dangerous), however, to see this crisis simply as the result of a political operation by the Moroccan regime. So-called ‘migratory pressure’ – or rather the need to flee unemployment and violence suffered by thousands of young Maghrebi and sub-Saharan Africans – existed long before the latest diplomatic spat. The flood of human beings fleeing such horrors is not the conscious creation of the Makhzen, but the result of its policies and those of Europe (including Spain) and the United States towards Africa, and their colonial plunder of the continent. The Moroccan regime has simply opened the floodgates to show Spain and the European Union that they need it to play the role of border guard if they want to contain this wave, even if it comes at the cost of the lives of thousands of young people.

The objective of these thousands of people is not to assert Moroccan sovereignty over Ceuta. They simply aim to enter the EU through its land border. The situation is very different from that of 1975, when King Hassan II, the father of the current king, mobilised backward and lumpenised elements of the Moroccan population with the lure of territorial expansion, at the expense of the dying Franco regime and of the Sahrawi population. Young people who take the risk of crossing the border today do so only to try and improve their personal situation. When asked by a reporter from ElDiario.es, one of these young people stated that he only wanted to meet his brothers in Barcelona. The migration crisis will continue, and no wall or border controls will resolve it.

It is especially galling to read the arguments of the extreme right – and even of some self-proclaimed communist and working-class groups – speaking of an ‘invasion’ and ‘defence of national sovereignty in response to this crisis. Of course, as Marxists, we do not support the claims of the Makhzen over Ceuta and Melilla. We defend the right of the inhabitants of the autonomous cities themselves to democratically decide the political status of these territories. However, we strongly repudiate this reactionary demagoguery that focuses on migrant workers, while European and Moroccan oligarchies enjoy the benefits of the colonial exploitation of Africa’s resources by condemning millions of people to poverty.

For self-determination of Western Sahara!

The Francoist stench of the calls for violence against Moroccan migrants, and the noise about the alleged ‘invasion’, should not go unnoticed by left-wing activists in Spain. We must not forget that the only Moroccan troops to enter Spain in history did so under the command of Franco in 1934 and 1936, and they did so to repress the revolutionary masses of Asturias first and the entire country later. Nor can we forget the responsibility of the Spanish regime in the Sahara situation, nor the migrants murdered on the beach of El Tarajal in 2014. That there are ‘communist’ groups that forget these facts and join the extreme right is simply shameful.

On the other hand, putting confidence in the Spanish army and police – infected to the core by Franco supporters – to supposedly defend ‘national sovereignty would be to grant moral credentials to those who repress us here. The ruling classes on both sides of the Strait of Gibraltar use national hatred and suspicions to pit Moroccan and Spanish workers against one another while doing profitable business with one another. This will continue no matter how the present diplomatic crisis ends.

Faced with this crisis, the left in Spain must fully support the self-determination of Western Sahara and reject any attempt to load the consequences of the diplomatic crisis on the backs of migrant workers. The victory of the Sahrawi people over the Moroccan state would discredit the Makhzen and the king, creating a crisis that would open the door to the Maghrebi revolution. The dictatorial monarchy of Morocco is a key ally of imperialism in the region. The idea of international sanctions against the Makhzen is utopian. The Moroccan monarchy will only fall through a revolution of the workers, peasants and oppressed nationalities of the Maghreb.