Details
In Defence of Marxism
30 October 2013 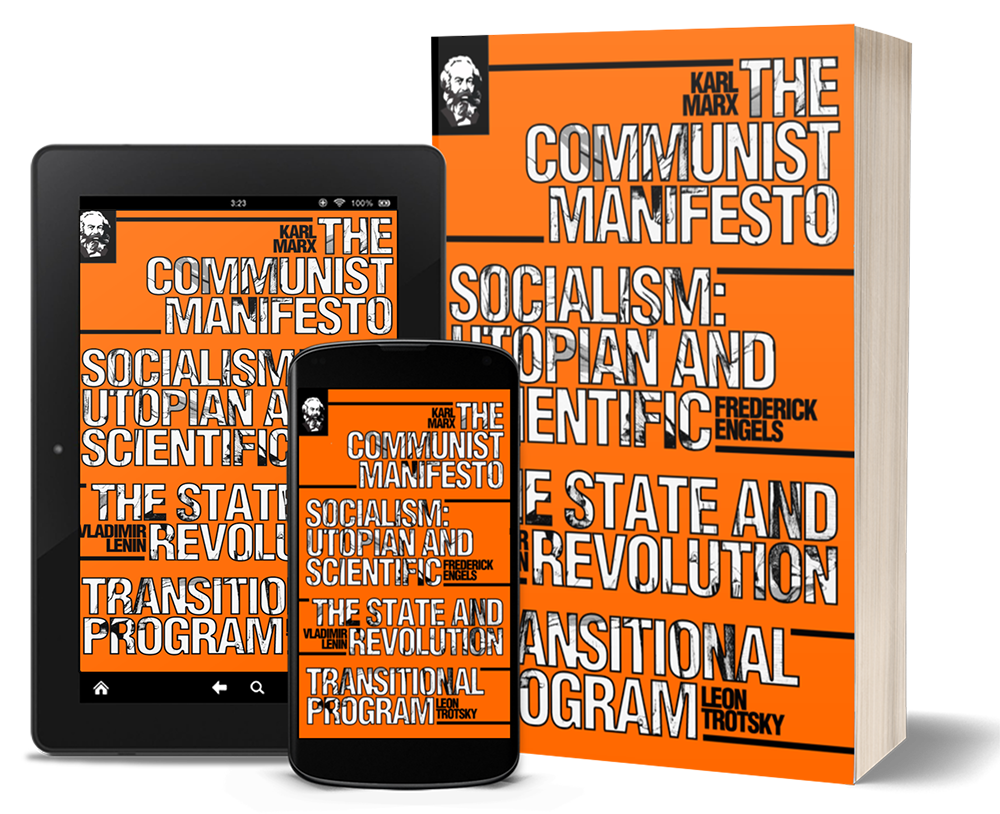 The Communist Manifesto, Socialism: Utopian and Scientific, The State and Revolution, and The Transitional Program are four classics of Marxist theory and practice.

The collapse of Stalinism was supposed to usher in an epoch of peace, prosperity and democracy. It has not. Instead, there is a picture of general instability and turbulence at all levels: economic, social, political and military. Years of Cold War propaganda, together with the assumption that socialism and communism equals a dictatorial, totalitarian and bureaucratic regime that denies the personality and democratic rights of the individual, have created many prejudices. That was precisely the intention. Both the Stalinist bureaucracy in Russia and the defenders of the so-called free market economy (that is, capitalism) had a vested interest in distorting the real message of Marxism.

The only way to learn about Marxism is to read the original works of Marx, Engels, Lenin and Trotsky. After all, nobody has ever expressed these ideas better than the authors themselves. Each and every one of these important works contains key lessons for the reader today. The central task facing Marxists worldwide is the building of a revolutionary party. And it is impossible to build a revolutionary party without revolutionary theory. In this endeavor we must fight for theoretical clarity and link up with the mass movement of the working class.

Available from Wellred in paper copy and as an ebook

Introduction to the UK edition (by Alan Woods)

Introduction to the American edition (by John Peterson)

Manifesto of the Communist Party (by Karl Marx and Frederick Engels)

The State and Revolution (by V I Lenin)

The Transitional Program (by Leon Trotsky)