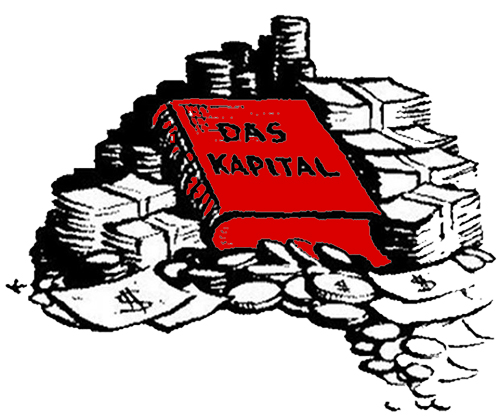 The economic system we live under today is capitalism: based on competition, private ownership and the production for profit. Karl Marx revolutionised our understanding of the capitalist system. With his vast collection of economic writings – including the three volumes of Capital – Marx stripped away the mysticism surrounding capitalism, uncovering and explaining its inner processes, emergent laws, and intrinsic contradictions.

Marx built upon the work of his ‘classical’ predecessors – in particular the British economists Adam Smith and David Ricardo. These enlightenment thinkers had attempted to examine capitalism on a scientific basis. In doing so, they hit upon the idea that labour was the source of all new value within society.

By developing this ‘labour theory of value’, Marx was able to explain an enigma that had eluded the classical economists: that of profit. This, Marx demonstrated, arises from exploitation – that is, from the surplus value produced by the working class. Simply put, the capitalists’ profits are obtained from the unpaid labour of the workers.

But this fact, in turn, led Marx to an even more shattering conclusion: that the capitalist system is inherently prone to periodic crisis of overproduction – crises that break out and paralyse the entirely of society, as the forces of production crash up against the narrow limits of the market.

This is the picture we find ourselves in today, as workers and youth are forced to pay for the crisis of capitalism. Armed with the ideas of Marxism, we can see that there is no way out of this crisis within the confines of capitalism. The only solution is socialist revolution.