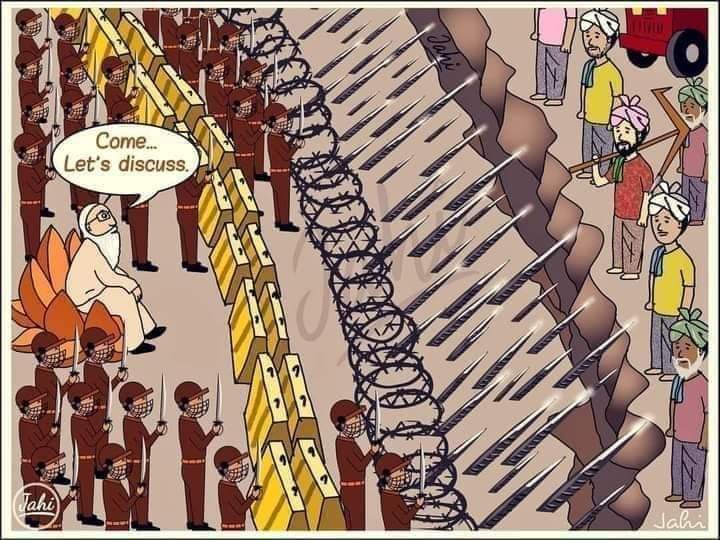 Farmers in India have been protesting for many months now against three new agricultural bills passed in parliament. We publish the following update on this movement, which reached an important turning point with the dramatic events of Republic Day (26 January), along with an interview with a leading activist of the farmers’ movement.

Prime Minister Narendra Modi’s new draconian agricultural laws will snatch the last piece of bread from farmers’ hands, and millions of them across the whole of India will be ruined forever. Already, thousands of farmers commit suicide every year due to facing bankruptcy.

The sit-in of farmers on the outskirts of Delhi has been going on for more than two months now and has braved multiple onslaughts by the Delhi police, paramilitary forces and goons sent by Modi’s ruling BJP party.

The events of 26 January, a date celebrated in India as the Republic Day, were historic in many aspects. Hundreds of thousands of farmers marched in Delhi to protest for their demands. The tractor rally organised by farmers consisted of more than 100,000 tractors and coincided with the regular military parade organised that day to show off the army’s might. 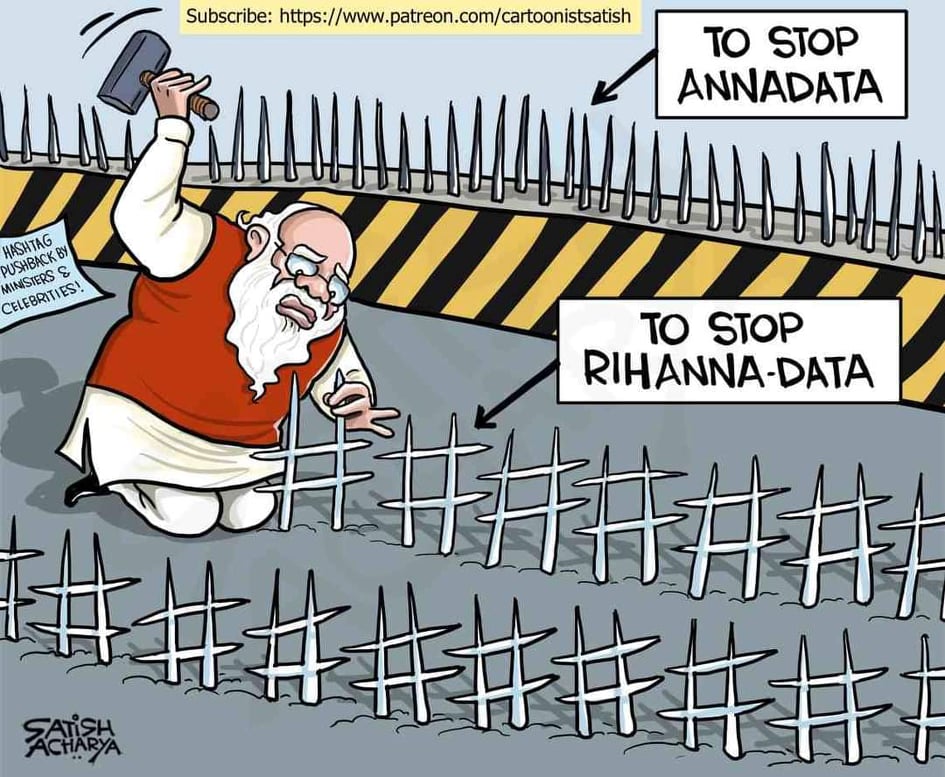 Modi's brutal repression of the farmers' movement has not stopped the struggle / Image: Satish Acharya

The tractor rally was peaceful and attracted the support of millions of people across the country and in the whole world. But the Modi regime sent agents provocateurs to disrupt this peaceful rally and malign the farmers’ protest. These agents of the Modi regime disguised themselves as farmers and stormed the iconic Red Fort in Delhi to hoist the Sikh flag, after overthrowing the Indian flag. They wanted to drag the protest of farmers against the new agriculture laws towards a battle between the Hindu and Sikh religions. Farmer leaders were quick to clear this up in their statements, which condemned and exposed these provocateurs who were obviously members of the BJP from Punjab.

In the aftermath of the events of 26 January, the Modi government thought that it had weakened the farmers’ movement and once again brutally attacked the sit-ins on the borders of Delhi with police and hired goons. But this was met with another backlash from hundreds of thousands of farmers from the largest state of Uttar Pradesh, who are also infuriated with Modi and had started marching towards Delhi. Now, UP has become another strong base of this movement after Punjab and Haryana, though support for farmers is pouring in from all over the country.

Also, celebrities like Greta Thunberg support this movement, which has gained a huge international audience. Thunberg’s tweets about the farmers’ movement even led the Delhi police to file a case against her! Support has also been offered by the pop star Rihanna, and US sportspeople, including NFL player Juju Smith-Schuster who donated $10,000 "to provide medical assistance to farmers in need in India".

We stand in solidarity with the #FarmersProtest in India.
https://t.co/tqvR0oHgo0

The leaders of all political parties of the opposition are still far-removed from this movement and have played no role in this huge mobilisation, which is at a historic level now. The scale of this struggle also reflects ferment in the whole of society, wherein even middle and relatively conservative layers in remote areas are moving into action and getting radicalised under the heat of economic crisis and social malaise.

Interviews with young farmers coming towards Delhi on various TV channels were an eye opener for many, as this section of youth, usually considered backward, explained the devastating economic impact of the recent crisis on their lives; and why they have no trust in any political party and want to fight for their rights themselves. The role of women is also emerging as a key factor, as thousands are moving towards Delhi and shame their menfolk for cowardice if they try to leave the sit-in.

Interview with farmer leader: “we are fighting capitalism!”

This is moving towards a major turning point in Indian politics. The Communist parties and trade union leaders could have played an important role in this by calling for an indefinite general strike of workers and mobilising millions against anti-labour laws imposed by Modi, and his reactionary policies against the working class. But their criminal silence is being noted by the farmers, and the workers as well.

In this situation, the following interview with Datar Singh, president of Kirti Kisan Union, explains the situation on ground and the tasks for the farmer leaders in the coming period. Datar Singh was also part of the delegation of farmer leaders that had 11 rounds of talks with the Modi government, but to no avail. In this interview, from outskirt of Delhi, he also appeals to the workers of the world to support Indian farmers in their struggle against the Modi regime and his brutal attacks.