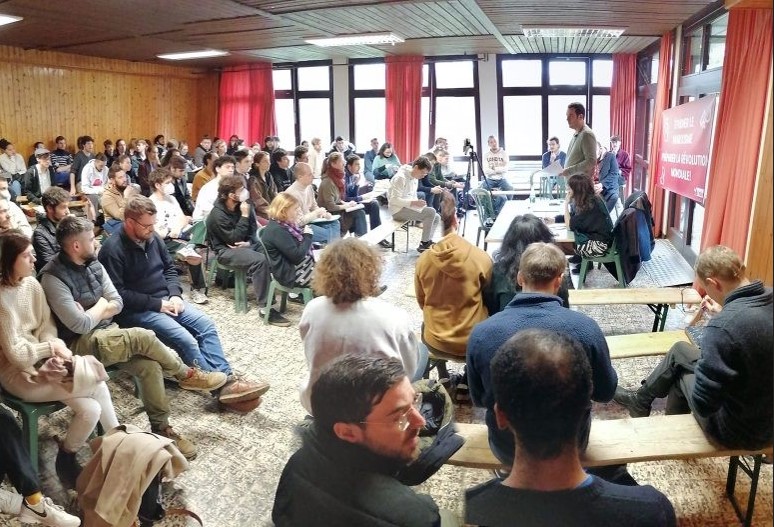 On 26-27 November, the sixth International Francophone School of the International Marxist Tendency took place in Geneva, Switzerland. Nearly 150 activists and sympathisers of the IMT from Switzerland, France, Quebec and Belgium participated in this weekend of training in Marxist ideas. About 30 others followed the event via Zoom from Montreal, Quebec.

Read the original in French |

This school was an opportunity to meet Marxist activists from other countries, but above all to improve our theoretical level. For us, organising a school is not an academic hobby or a discussion club. Marxist ideas are an indispensable weapon for understanding the world and transforming it. They must therefore be studied seriously. As Lenin pointed out: “without revolutionary theory, there can be no revolutionary movement!” 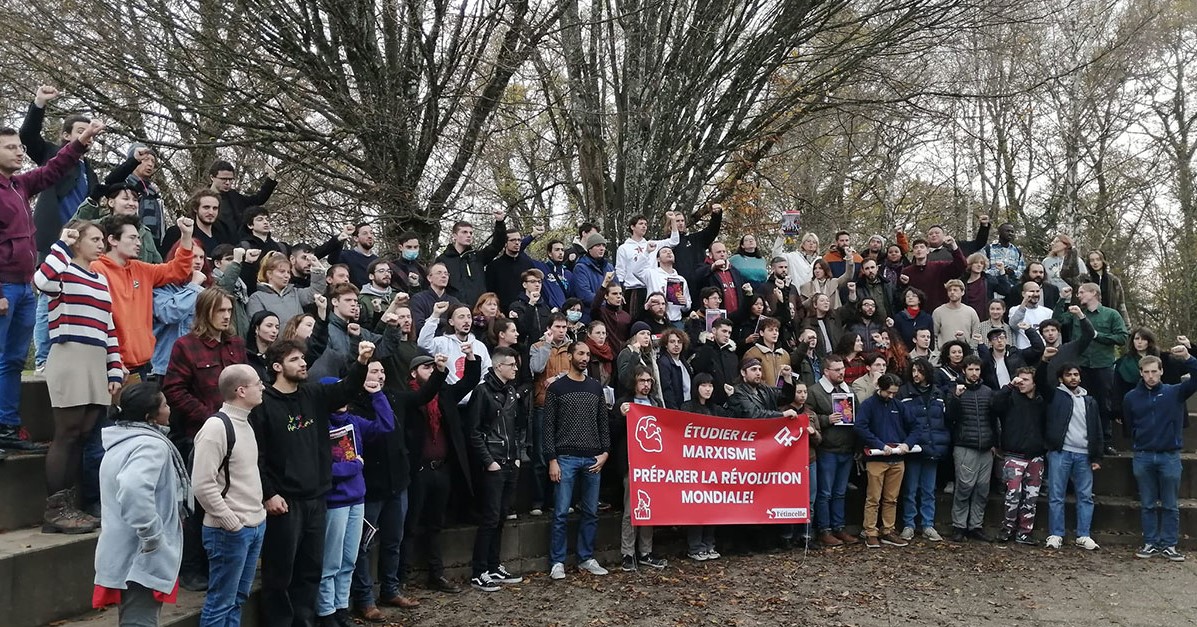 This year's French-language school was the largest we have ever organised / Image: International Marxist Tendency

The school began with a session on world perspectives, introduced by Jorge Martín, editor of In Defence of Marxism (marxist.com). Capitalism is a world system: we must therefore begin with an analysis of the situation of the world as a whole in order to understand the situation of each country. Today, it is clear that capitalism is in a deep crisis. The impact of inflation and the imperialist war in Ukraine are only the most salient examples. Capitalism is leading the world towards barbarism. The only way out is socialism.

The devastating consequences of the crisis are shaking the consciousness of more and more people. All over the world, the working class and youth are beginning to wake up and take action, as shown by the recent demonstrations in China and the revolutionary movement in Iran. But as we have pointed out many times before, the revolutionary enthusiasm of the masses alone is not enough to achieve victory. What is missing is a revolutionary leadership, armed with the ideas of Marxism, capable of connecting with the movement of the masses and leading the workers to power. This is what the IMT is all about!

The seven other workshops allowed for more in-depth discussion of various topics, such as the economy (through a discussion on inflation), the international situation (notably the imperialist conflict between China and the United States) and philosophy. Each of these workshops was an opportunity for enriching discussions for all comrades.

On Saturday evening, we held a financial collection to help give the organisation the means to continue growing. The IMT relies solely on the financial contributions of its membership and on their mobilisation efforts. This financial independence is the key to our political independence.

The school ended with a plenary session on the history of the IMT. This was an occasion to emphasise once again the most important lesson learned from past revolutions: in order to take power, the working class needs a revolutionary international, firmly grounded in the ideas and methods of Marxism.

This French-language school is the largest we have ever organised. Its success is the result of the growth of our organisation and the work of all of our comrades. At the end of the weekend, the participants went home enriched by a wealth of revolutionary ideas and enthusiasm, ready to build the IMT to meet the tasks ahead.