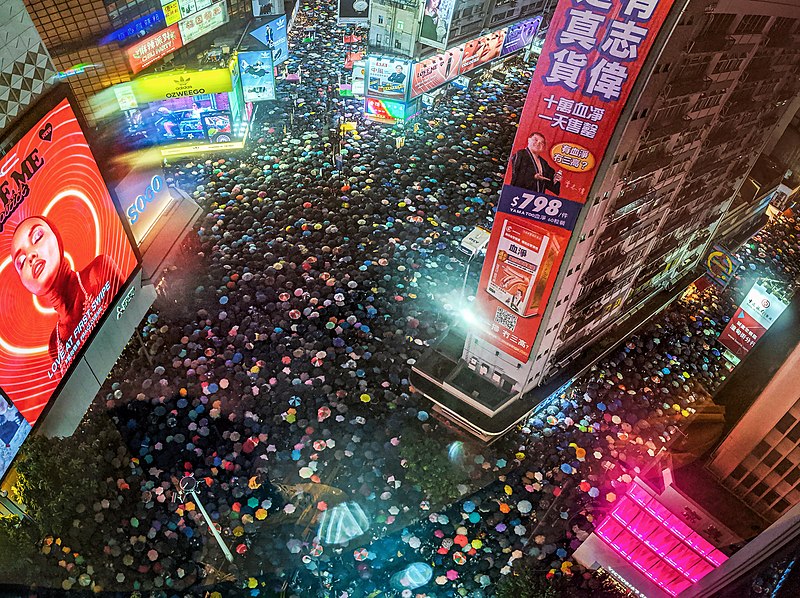 The movement that has shaken Hong Kong to its foundations shows few signs of losing steam. It has entered 2020 with a mass protest of up to 1 million people on New Year’s day, proving that it has retained the support of the majority of the population despite all the storm and stress of the past six months.

This is impressive in the face of the obstinate might of the Chinese state. The regime will never give in to the main demand of universal suffrage for Hong Kong unless and until the regime in Beijing itself is seriously threatened.

There is a deadlock in the situation, which reflects the fundamental contradiction between Beijing’s power and interests, and the deeply felt desire of Hong Kongers for democracy and autonomy.

There are signs that this deadlock may be forcing an important development in the movement in Hong Kong. We have pointed out that whilst the demand for universal suffrage is legitimate and, in itself, progressive, if the movement is limited to liberal ideas and methods, it will stagnate and drift into an increasingly anti-Chinese, pro-Western dead end.

For the problems of the Hong Kong masses to be solved, the movement must link up with the mainland working class and inspire similar movements throughout China. If the movement is isolated to the territory of Hong Kong, Beijing will not be sufficiently threatened and will not grant universal suffrage. And the movement cannot break out of Hong Kong by confining itself to purely democratic demands tinged with anti-Chinese sentiment.

Some of the young protestors are beginning to learn that a ‘strategy’ of protest after protest is not enough, and in fact is dangerous for the movement. Sooner or later people will tire of these protests. Something more organised and effective at damaging the interests of the government must be built for.

Here’s a picture of some protesters pic.twitter.com/08PbGWoRic

The 24-year-old chef Alex Tsui is an example of one such Hong Konger, who was interviewed by the South China Morning Post (SCMP) after he became the first chairman of the Hong Kong Hotel Employees Union, which he helped to found. According to the SCMP, he “said he believed radical protest, while occasionally necessary, has reached a bottleneck”.

He argues the movement needs “to bring together millions of Hongkongers to fight the long-term battle and force the government to address their demands… A real strike with no time limit was an option.”

He added that “a strike would only succeed if workers did it from the heart, not because they were forced to by traffic disruption… Trade unions, therefore, have a responsibility to promote the idea and educate the public,” he said. “The more people that take part, the safer it would be for everyone.” 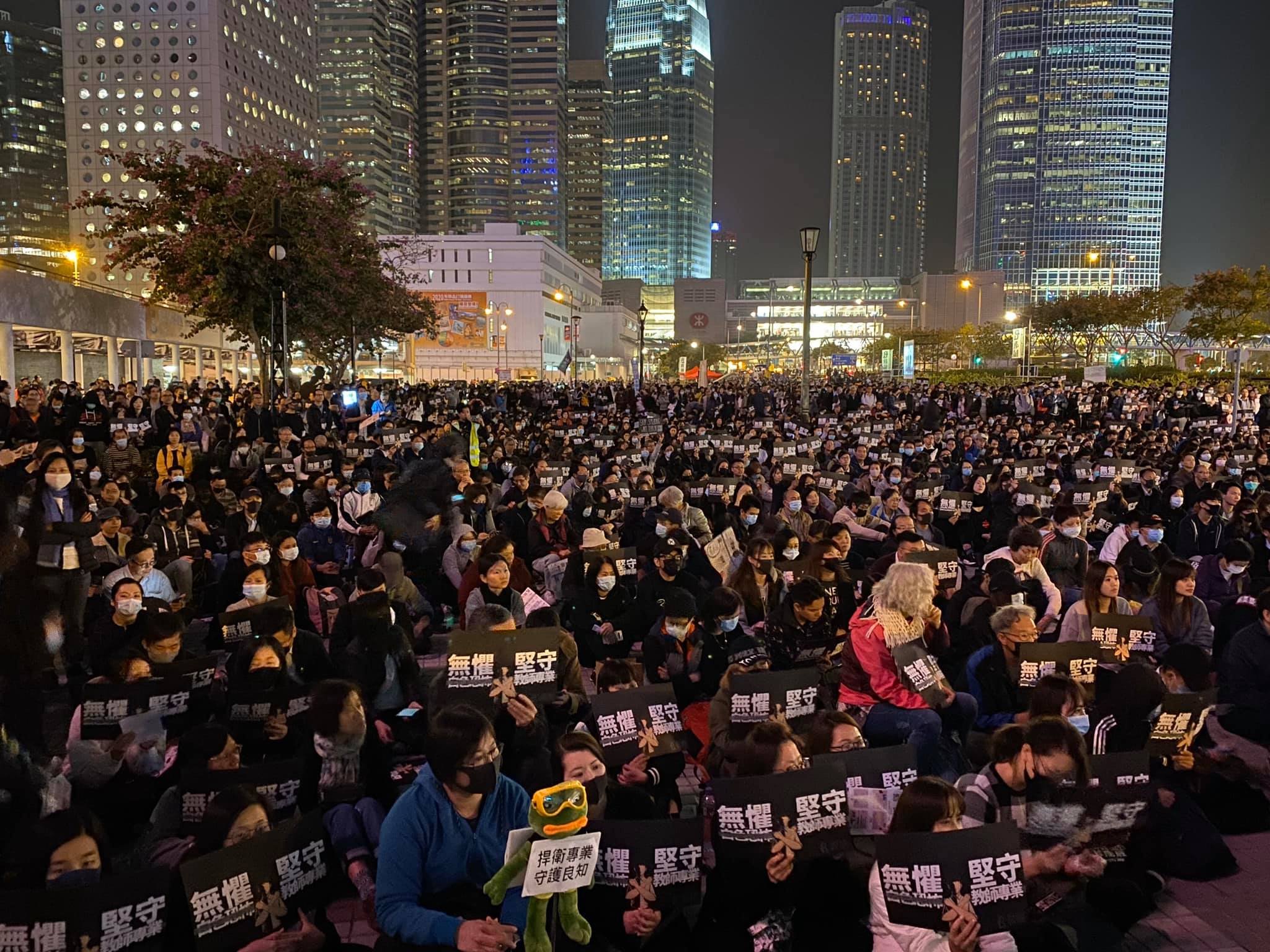 The methods and organisations of working-class struggle are needed to take this fight to the next level / Image: fair use

This represents an important breakthrough with enormous potential. Up to now, the Hong Kong Confederation of Trade Unions (HKCTU) has completely failed to give the protests a lead from organised labour. When a general strike was called for, the HKCTU backed it, but only passively, suggesting that its members ‘ask for the day off’ in order to participate.

Asking for your employer’s permission to ‘strike’ does not constitute striking, and as a result, only about 40,000 participated – a miniscule number given the scale and militancy of the movement.

As Alex Tsui alluded to in the above quotation, the main method used for encouraging participation in the strike, was for individuals to block traffic in order to prevent others from getting to work, thus making them ‘strike’.

If these new trade unions continue to mushroom and grow thanks to the mass movement against Beijing, it could transform the labour movement in Hong Kong and introduce tens or hundreds of thousands of young, exploited Hong Kongers to trade unionism and the method of striking.

This in turn has the potential to give the movement organisational backbone and power. A mass, well-organised general strike would cripple the government in a way that even the most militant protest can never achieve – and the mood is clearly there for such a mass strike, if someone were to organise it.

Finally, it would also have the potential to shift the movement onto a qualitatively higher level, by raising social demands for better wages, jobs and, crucially, social housing. The Hong Kong working class needs democracy so that they can fight for socialist policies to end the acute inequality and poverty that capitalism has inflicted on Hong Kong and, indeed, China as a whole.

If the movement organised around social demands as well as democratic ones, it would gain the potential to inspire solidarity movements in the mainland, which ultimately is the only way the movement can win.

For this reason, it is also vital that the movement explicitly renounces US imperialism, which is no friend of democracy or workers anywhere. But to make such a clear statement, the movement requires organisation and democratic structures. Again, this is something that the organised labour movement has the potential to provide.

Well-organised strikes in Hong Kong, with clear social demands for social housing, higher wages, and expropriations of the billionaire property tycoons that dominate Hong Kong, would have huge potential to inspire similar movements throughout China.

The movement is fairly well-reported throughout China, mainly because the regime feels it can depict it to the mainland workers as simply an anti-China, pro-America movement. This depiction would not be possible if the movement focused on corruption and inequality alongside the question of democracy; much less if it made conscious efforts to make connections with mainlanders (many of whom travel to Hong Kong regularly) and to support any movements on the mainland with similar goals.

This is the only way forward out of the rut of endless protests. Without uniting the working classes of Hong Kong and China, and spreading the movement to the mainland, Beijing will isolate and eventually exhaust the movement. But the potential exists to transform the movement’s energy into an enormous strike wave that will resonate across China and threaten the regime in Beijing itself.