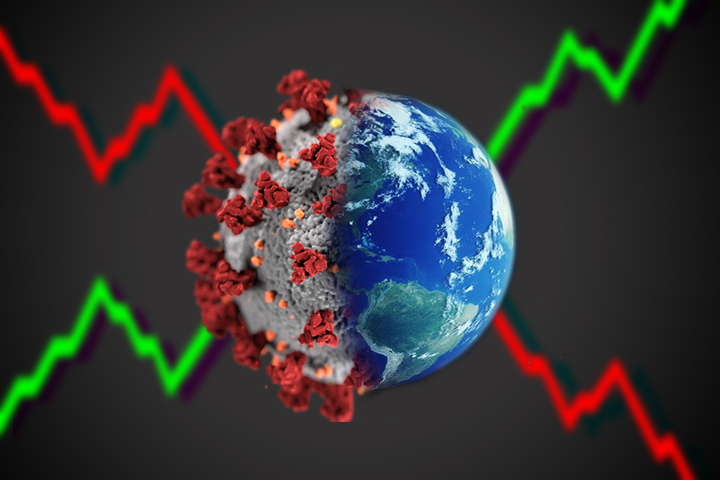 Earlier this month, the IMF and the World Bank held their second series of meetings since the outbreak of the pandemic. Despite the unspeakable horrors that millions are facing, here the mood was one of celebration and optimism. The world economy is moving again, and even faster than they had hoped for!

World GDP growth per head, you see, is only predicted to be 3 percentage points lower by the end of 2022 than had been predicted before the pandemic. That’s not bad, they say, considering the 6.5 percent estimated fall in 2020 and the 4 percent shortfall expected for 2021.

No wonder the champagne corks were popping. But the same IMF and World Bank report buried the fact that the coming ‘global’ recovery is almost entirely expected in the high-income, European and North American nations. These figures will be even better for the advanced capitalist nations, whose economies are expected to be just 1 percentage point smaller in 2022 than they’d predicted before COVID-19 came along. But low-income and so-called ‘emerging economies’ – excluding China – are expected to be 6.5 percent below 2020’s predictions by the end of 2022.

Life in the shadow

So the capitalist class in wealthy nations will enjoy a certain rebound. Meanwhile, the poorest countries in the world will suffer more than ever. In the words of the IMF’s latest ‘World Economic Outlook’ report:

“The divergent recovery paths are likely to create significantly wider gaps in living standards between developing countries and others, compared to pre-pandemic expectations. Cumulative per capita income losses over 2020–22, compared to pre-pandemic projections, are equivalent to 20 percent of 2019 per capita GDP in emerging markets and developing economies (excluding China), while in advanced economies the losses are expected to be relatively smaller, at 11 percent” (emphasis added). 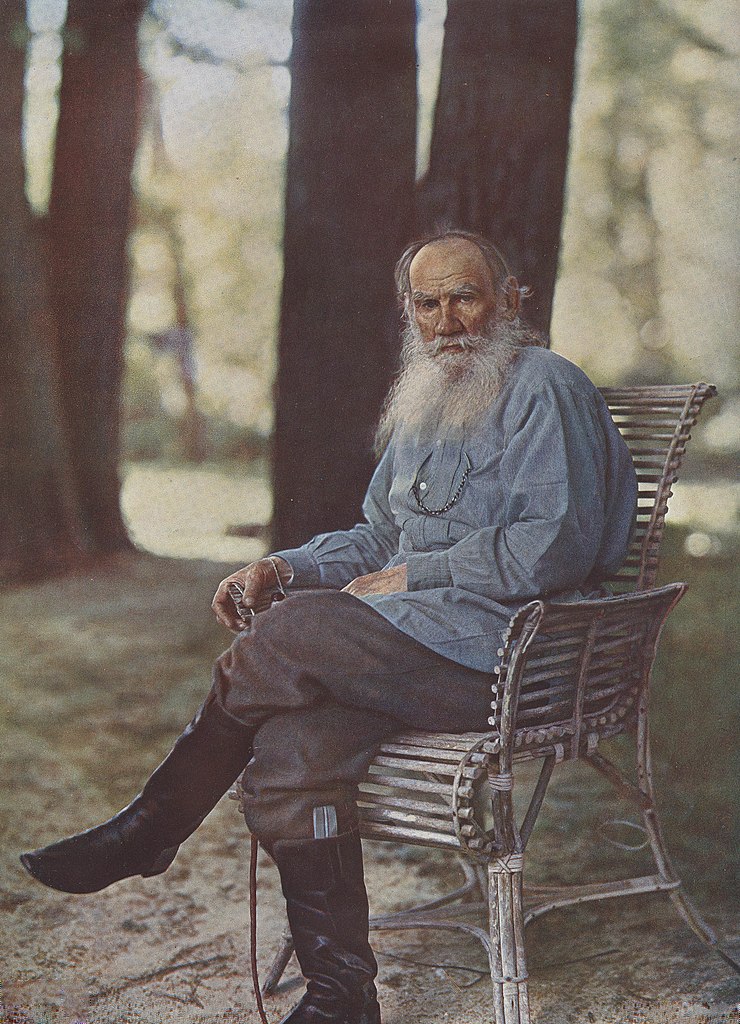 Tolstoy would be spinning in his grave to hear the managing director of the IMF using his words to prettify this recovery for the rich / Image: Sergei Prokudin Gorskii

But the IMF’s managing director, Kristalina Georgieva, had some soothing words for the occasion: “Leo Tolstoy in Anna Karenina captures very well where the world economy is today: All the variety of life is made up of light and shadow”. Her use of Tolstoy’s words almost makes the IMF’s forecast sound poetic, even beautiful. The world economy is just like the dappling of sunlight on a forest floor. For someone standing in the blazing sun, the ‘shadows’ only serve to highlight the ‘variety of life’ in all its splendour.

But these ‘shadows’ are measurable in indices of human misery. In January this year, the World Bank reported that another five million people globally have entered extreme poverty as a result of COVID-19. 117 million people face food insecurity in Brazil – up from 85 million a year ago. 31 million people across West and Central Africa may not have enough food to eat this year, up a third from a year ago. In March this year, migration from Guatemala surged 70 percent as men, women and children flee hunger and poverty. These are a few of the victims, living in the recovery’s ‘shadow’.

A recovery based on what?

Rich countries are expecting the vaccine roll-out will lead to the releasing of a certain ‘pent-up demand’. Certainly, in the richest countries there is a not-insubstantial layer who will now have savings they couldn’t spend in lockdown. This is far from the situation most workers and youth face. When they hear the capitalists celebrating the return of the ‘good times’ they will demand their fair share – after a decade of austerity and the suffering of the pandemic. This is a recipe for industrial struggle.

For the so-called ‘emerging’ and ‘low-income’ nations, the horror of the pandemic will know no end. The rich nations are hoarding hundreds of millions of unused doses, allowing the virus to circulate freely in the rest of the world where it causes ongoing scenes of devastation. How long before the imperialist nations are bitten again by a new variant thanks to the policy of their ruling classes?

Even in the richest nations, the recovery was only possible because the state stepped in with massive protective subsidies, something that wasn’t possible on the same scale in the poorest countries. But these measures in turn could lead to tit-for-tat disputes that could feed new trade wars and a renewed downward spiral of world trade.

Furthermore, spending at these levels cannot go on indefinitely. $16 trillion has been spent worldwide on stimulus packages. The fiscal deficit of the advanced economies has more than quadrupled over the last year to 11.7 percent of GDP. This will have to be paid back with interest. Sooner or later this will mean renewed austerity, cuts and attacks on the working class.

The likes of the World Bank and IMF are insisting that governments delay the evil day as long as possible out of fear of social unrest and revolution. Similarly, across emerging economies, the deficit has more than doubled, primarily as a result of the economic downturn. This means that workers in poorer countries, once they eventually recover from the brutality of the pandemic, will have to deal with a long-term intensification of austerity and exploitation. 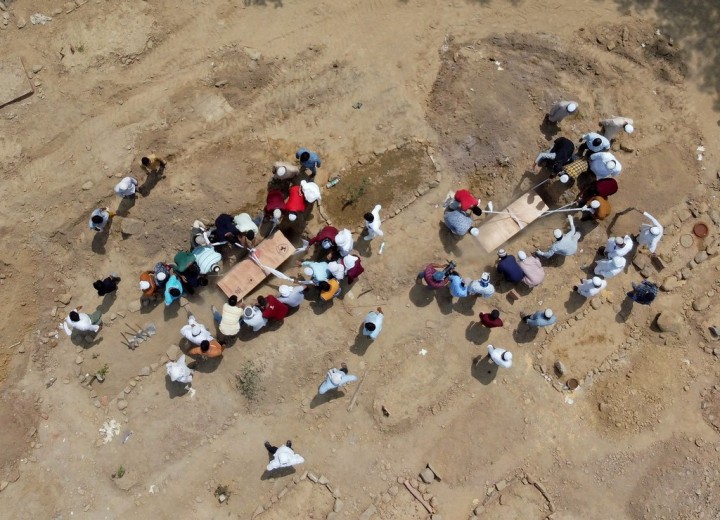 There is expected to be no recovery for the poor nations nor is there an end in sight for the pandemic. For the poorest, the future under capitalism will simply be horror without end / Image: Ninian Reid, Flickr

But the misfortune of the poorest nations is an opportunity for the rich to reap even bigger profits. The hypocrisy of the imperialist powers truly knows no bounds. Having trampled the poorest nations in the scramble to protect their markets, to patent vaccine technology, to pile up vaccine doses, PPE, medical equipment, etc. – they are now stepping in as saviours of the poor!

Vaccine nationalism is supplemented by vaccine diplomacy. And as we know, if you’re a poor nation struggling for money, the IMF and World Bank can always help you out… for a price. According to Oxfam, of the 91 loans given out by the IMF during the pandemic, 76 encouraged or demanded austerity measures. These included public sector cuts and wage freezes, cuts to fuel subsidies and healthcare services, as well as the introduction of higher taxes on necessities such as food and clothing. So whilst the IMF and the World Bank are encouraging rich nations to ‘spend, spend, spend’ to avoid revolution and keep the boom going, they still demand their pound of flesh from the poor nations who must ‘cut, cut, cut’.

All the variety of life truly is made up of light and shadow.

The class polarisation that world capitalism is creating will be the downfall of the capitalist class. The coming era will be one of tumultuous class struggle. In the words of Leo Tolstoy: “The hatred and contempt of the oppressed people are increasing, and the physical and moral strength of the richer classes are decreasing: the deceit which supports all this is wearing out, and the rich classes have nothing wherewith to comfort themselves.”