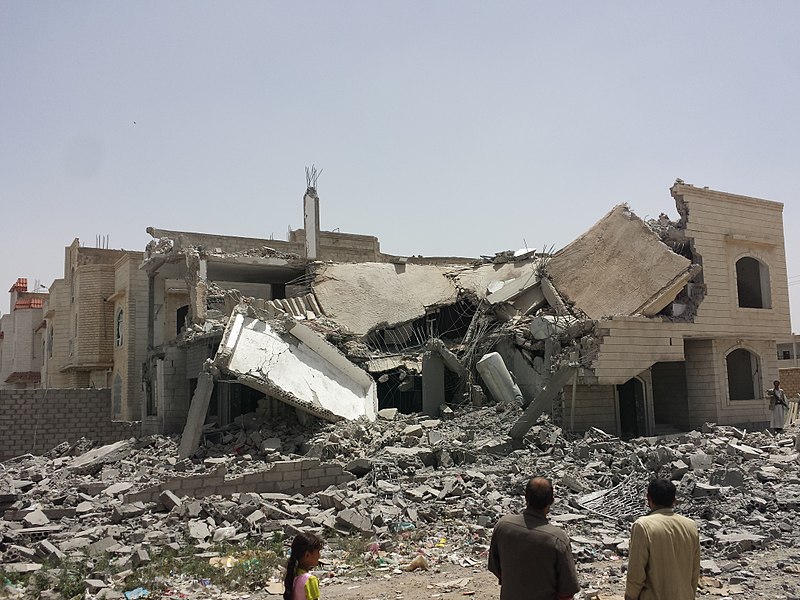 Six years of war in Yemen have brought the country to the brink of an absolute humanitarian disaster. The Saudi-led alliance, backed by the UK and the US, has imposed tremendous suffering on the Yemeni people. With 16 million suffering hunger and 400,000 children at risk of death from starvation, the situation is getting worse by the day. And the imperialists are unwilling to assist the victims.

The United Nations held a donor conference on Monday. They were hoping to raise $3.85 billion dollars from over 100 national governments to avert widespread famine. In the end they only raised $1.7 billion, $1 billion less than was pledged at the 2019 aid conference.

The UN general secretary was clearly not pleased and issued a harsh statement:

“Millions of Yemeni children, women and men desperately need aid to live. Cutting aid is a death sentence. The best that can be said about today is that it represents a down payment.”

Many countries cut their aid pledges, compared to last year. The UK, which has profited handsomely from arms sales to Saudi Arabia throughout the crisis, pledged a paltry £87 million. That was less than half of what they pledged last year.

The British government, in a true spirit of international cooperation and solidarity, is proposing to cut its aid budget from 0.7 percent of GDP to 0.5 percent, although it is trying to avoid holding a vote on it in the British Parliament until after the G7 meeting in June. Presumably, they fear that whatever pious statements that will be issued by Prime Minister Boris Johnson at that meeting might seem insincere in that light.

US President Joe Biden, in a pretence of generosity, pledged $191 million dollars, an increase compared to his predecessor. By comparison, however, Biden’s $1,900 billion stimulus plan that is being passed by Congress, contains $110 billion in business support. Of course, this is dwarfed by the $730 billion US defence budget. Bombing Syria clearly remains more of a priority to the new Biden administration than feeding hungry children in Yemen.

The European Commission pledged $116 million, in addition to EU members states’ contributions. The EU is spending €22.7 billion on migration and border security. Clearly, keeping the starving masses of the world out of the EU is more of a financial priority than stopping them from starving in the first place.

The Saudis naturally were the biggest donors, in a false show of altruism in the face of a disaster entirely of their own making. The kingdom has spent an estimated $100 billion on this disastrous war. Compared to that, their $430 million donation is peanuts.

Yemen: a disaster of imperialism’s making

The truth is of course, that without these countries meddling in the affairs of Yemen, there would be no need for aid. The widespread famine facing the Yemeni people is a manmade disaster.

Since 2017, the Saudis and their allies have imposed a severe blockade on the Houthi-controlled areas where the majority of the population lives. At one stage they were even refusing to let any aid into the area. At the same time, they have bombed critical infrastructure, which has devastated the economy of the country. Now 80 percent of Yemenis depend on aid to survive.

The bombs of course were supplied by the US and UK, knowing full well what their intended use was. The countries have occasionally made noises about waging a more “humanitarian” war, whatever that may mean, but this is only so much noise for public consumption. Even Biden’s recent ban on sales of weapons for the conflict does not extend to Saudi Arabia’s military in general, meaning of course that they leave the door open for the Saudis to easily avoid the sanctions.

The war in Yemen is a proxy war for the Saudis, desperately trying to avoid Iranian influence extending to their southern border. The imperialist powers share this interest. Much of international oil trade passes the coast of Yemen. These powers would much rather have a country bombed to pieces than give Iran significant influence over Yemen. The fact that Saudi Arabia and the United Arab Emirates provided most of the financing and the mercenaries for the conflict only made it a more attractive proposal (as the Western powers didn’t have to get directly involved themselves).

The only problem is that they lost the war. The Houthi militias have held out and are now even threatening Marib, one of the most important hubs for Yemeni oil production.

Now they all want out, starting with Biden. The Yemen war has been a political embarrassment for too long. They are looking for a negotiated settlement, but the Houthis would have to be part of such an agreement. This, however, would be a humiliation for the Saudis, and in particular for Mohamed bin Salman, the country’s de facto ruler, and provoke a political crisis in the kingdom.

The Biden administration is trying to distance itself from bin Salman, who had very close ties with Trump, but has stopped short of sanctioning him. Biden is trying to keep the Saudis on side, while at the same time putting pressure on them to come to a deal, both over Yemen and Iran.

Most likely, they will reach some kind of uneasy compromise, like they did in Iraq and Syria. But just like with those two countries, a “peace” will not bring an end to the suffering. If the recent donor conference of the UN is anything to go by there will be no money for reconstruction, no money to repair infrastructure, factories and housing.

The ruling elite of the regional powers in the Middle East and their even more powerful imperialist friends in London and Washington are only interested in power, profit and privileges. At the bottom of the list come the Yemeni people. Yemen’s future under capitalism will be one of continued misery. The nightmare of the Yemeni people shows us the need to get rid of imperialism and capitalism once and for all.